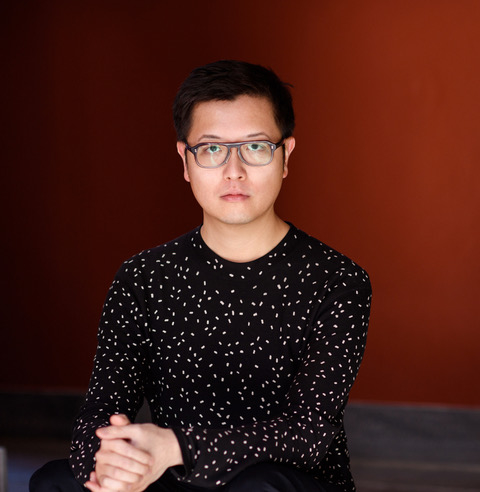 Carson Chan is an architecture writer and curator, and a Lecturer of Architectural History and Theory. Currently, Chan is a PhD Candidate at Princeton University School of Architecture where he studies the intersection between architecture, urbanism, ecology, and the nonhuman world, in particular the ocean. His dissertation considers postwar public aquariums in the United States as models of ecology. Chan received a Master in Design Studies from Harvard GSD (First Class Honors with Distinction), and a Bachelor of Architecture from Cornell University.

Chan is editing a forthcoming book project about the work of artist Andreas Greiner. Funded by Kunstverein Heilbronn, this volume will be the first book-length study of Greiner’s work, which confronts the ecological status of humans through collaborations with nonhuman subjects including flies, mold, chickens, and Pyrocystis fusiformis (a bioluminescent mono-cellular algae). In 2017, Chan edited Reaper: Richard Hamilton & Sigfried Giedion (JRP Ringier), a collection of commissioned papers about the pivotal role of mechanized farming in the work of both the eponymous artist and architecture historian. The book accompanies an exhibition at the Graphische Sammlung (Zurich), for which gta Austellungen (ETH) invited Chan to co-curate. Chan has contributed to several museum catalogs, including essays for the solo exhibitions of Julian Charrière (Berlinische Galerie, 2019), Carsten Nicolai (Gestalten, 2016), Monica Bonvicini (CAC Malaga, 2011), Eva Grubinger (Landesgalerie Linz, 2011), and Paolo Chiesera (MARTa Herford, 2010).

Recently, Chan guest edited a special issue of Art Papers (Summer, 2018), exploring the port as not simply the interchange between land and water, but as a theoretical object that runs through the organization of port cities, free ports, airports, and USB ports. Chan’s writing has appeared in a number of periodicals including Avery Review, Domus, Frieze, Log, Pin-Up, Spike, Texte zur Kunst, and 032c, where he was formerly Editor-at-Large.

For more than a decade, Chan has conducted research through exhibition making. In 2006, together with Fotini Lazaridou-Hatzigoga, Chan founded PROGRAM (Berlin), an exhibition space aimed at testing the disciplinary boundaries of architecture, which also hosted public lectures, a library, and a residency program. In 2012, Chan curated “Higher Atlas,” the 4th Marrakech Biennale, with Nadim Samman. Exhibiting the work of more than forty artists, architects, writers, and musicians across five public locations, the exhibition sought to embed artistic and architectural discourse within the urban environment. This aim was further realized in 2013 at the Biennial of the Americas in Denver, “Draft Urbanism,” where Chan was Executive Curator. There, Chan oversaw the launch of four large-scale public architecture installations designed by Pezo von Ellrichshausen, June14 Meyer-Grohbrügge & Chermayeff, PLAN:B, and Alex Schweder, as well as over forty billboards throughout the city featuring site-specific artworks. As a Guest Curator for Aurora 2015, Chan helped transform the Dallas arts district into a public exhibition. In 2013, together with David Andrew Tasman and Eeva-Liisa Pelkonen, Chan convened a three-day conference at Yale School of Architecture called, “Exhibiting Architecture: A Paradox?”. The papers presented were published by Actar, 2015.

“Conditions of Living: Reflections on the 15th Venice Architecture Biennale,” in Frieze (June, 2016).