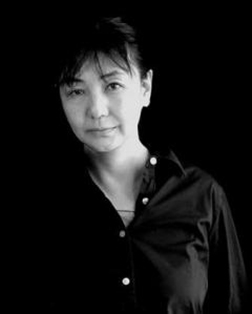 Nanako Umemoto teaches advanced studios at the University of Pennsylvania Stuart Weitzman School of Design. She is a founding partner of RUR Architecture, an internationally recognized multidisciplinary architectural design firm that has built projects at a wide range of scales: from furniture design, to residential and commercial structures, up to the scale of landscape, urban design, and infrastructure. The work of RUR Architecture PC has been published and exhibited widely, and the firm was awarded the Chrysler Award for Excellence in Design in 1999. Nanako and her partner Jesse Reiser received the Academy Award in Architecture by the American Academy of Arts and Letters in 2000. In May of 2008, they were awarded the Presidential Citation from President George Campbell of The Cooper Union for outstanding practical and theoretical contributions to the field of Architecture, and in April 2011, they were honored with the John Hejduk Award, also from The Cooper Union. Nanako Umemoto and Jesse Reiser were the recipients of the USA Booth Fellowship from United States Artists for Architecture & Design in 2012.

Nanako Umemoto graduated from The Cooper Union following her studies at the School of Urban Design at the Osaka University of Art. She has taught taught and lectured at various educational and cultural institutions throughout the United States, Europe and Asia.