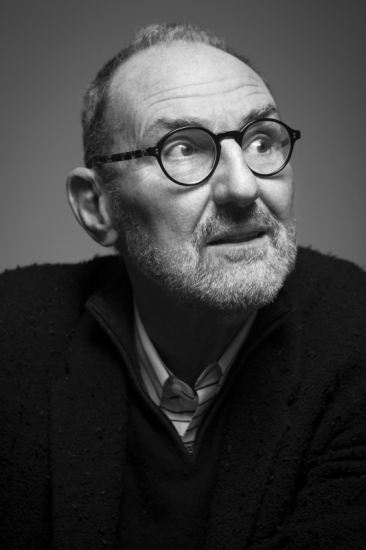 Thom Mayne founded Morphosis in 1972 as a collective practice of architecture, urbanism and design, rooted in rigorous research and innovation. Working globally across a broad range of project types and scales, Morphosis is recognized for its innovative and sustainable designs for cultural, civic and academic institutions, including the Bloomberg Center at Cornell Tech, the Perot Museum of Nature and Science, and 41 Cooper Square, the academic building for The Cooper Union. As Founding Principal of Morphosis, Mayne provides overall vision and project leadership to the firm.

Throughout his career, Mayne has remained active in the academic world. In 1972, he helped to establish the Southern California Institute of Architecture (SCI-Arc). Since then, he has held teaching positions at Columbia, Yale (the Eliel Saarinen Chair in 1991), the Harvard Graduate School of Design (Eliot Noyes Chair in 1998), the Berlage Institute in the Netherlands, the Bartlett School of Architecture in London, and many other institutions around the world. He was a tenured Professor at the University of California Los Angeles Architecture and Urban Design (UCLA A.UD) from 1993 – 2019. There has always been a symbiotic relationship between Mayne’s teaching and practice, evidenced in his concurrent position as Executive Director of the Now Institute, Morphosis’ research arm that collaborates with academic institutions to create design-based solutions for the pressing issues of the day, from mobility, urban revitalization, and sustainability, to public policy, planning, and community outreach. Fueled by the power of design-based thinking at all levels of education, Mr. Mayne founded the Thom Mayne Young Architects program in 2015 to provide elementary school children at underperforming schools with an introduction to architecture that hones their problem-solving skills across all areas of their education.

Mayne’s distinguished honors include the Pritzker Prize (2005) and the AIA Gold Medal (2013).  He served on the President’s Committee on the Arts and Humanities under President Obama. With Morphosis, Thom Mayne has been the recipient of 29 Progressive Architecture Awards, over 120 American Institute of Architecture Awards and numerous other design recognitions.  The firm has been the subject of various group and solo exhibitions throughout the world, including a large solo exhibition at the Centre Pompidou in Paris in 2006. Morphosis buildings and projects have been published extensively; the firm has been the subject of 33 monographs.

California College of the Art, Honorary Doctorate of Fine Art / 2008

Architecture League of New York / Board

Institute of Urban Design / Board

Southern California Institute of Architecture / Board of Trustees