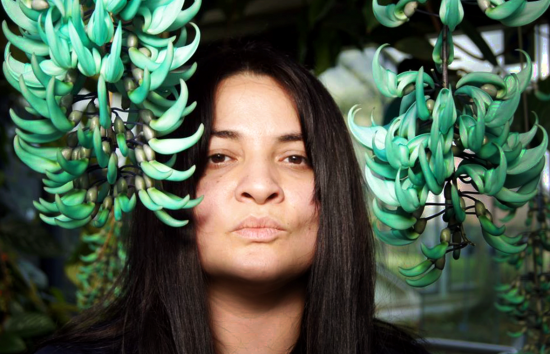 Villalobos also holds a Master in Design Studies from Harvard University Graduate School of Design, where she received the Annual Award for Excellence in Housing Design on 2004. In 2000, she completed her Master in Urban Design at the Urban Design Program of Universidad Metropolitana in Caracas, and was part of the team that won the highest award in the National Biennial that year, for the Rehabilitation Plan of the Littoral Central, the Caribbean coastline of Caracas that had been affected by torrential flooding a year earlier. This initiative is considered to be one of the first post-disaster, cross-disciplinary and green infrastructure recovery plans in the region.

In 2015 Villalobos founded the organization Botanical City to continue her studies and calling attention on the relevance of the Tropical Dry Forests in face of climate adaptation, the preservation of endangered cultural landscapes in Latin America, and the development of performative research methods dealing with public spaces as means for conflict-resolution  in Latin American cities.

At the University of Pennsylvania Stuart Weitzman School of Design, Villalobos is in charge of applied-research Studios, addressing environmental and social challenges of Latin-American cities, particularly of those were rapid urbanization in occurring encroaching on sensitive. Bio-diverse areas, such as:

• The recovery of communities affected by forest fires in Valparaiso, Chile, in collaboration with Plan-Cerro and the affected communities (2015).
• The plan for the rehabilitation of towns on the Ecuadorian Coast that were leveled by an earthquake in 2016, and the restoration of mangrove ecosystems that have been decimated by shrimp-farming.
• Urban design proposals in collaboration with the Municipality of Quito, Ecuador, addressing social inequalities and segregation that were presented during the Habitat III Conference held in Quito (2016).
• Visions to guide rapid formal/informal sustainable growth of the city of Cartagena, Colombia, in light of the expected impact of climate change and sea-level rise, while reverting the alarming loss of dry forests and mangroves.
• A vision for the revitalization, environmental recovery, and performative integration to adjacent urban areas of the University of Rio de Janeiro, Brazil (2017), in collaboration with the School of Architecture and Urbanism of the Federal University of Rio de Janeiro.
• Proposals for the protection of environmental assets, cultural, and coffee production threatened by unguided urban sprawl in the Metropolitan Area of San Jose de Costa Rica, in collaboration with the Departments of Architecture at Veritas University, and the Tecnológico de Costa Rica, with the participation of 12 municipalities of this urban system.

Courses taught at the Weitzman School