Professor Barber is no longer affiliated with the University of Pennsylvania.

Please contact him at Daniel.Barber@uts.edu.au for any relevant inquiries.

Recent Publications (links to more articles and publications are at the bottom of this page):

I am an Associate Professor of Architecture and Chair of the Graduate Group in Architecture (PhD Program) at the University of Pennsylvania Stuart Weitzman School of Design. My research and teaching are organized around two major trajectories: the first involves an archivally-rich environmental history of architectural modernism. The second involves conributing to a theoretical framework for architects and others to engage the climate crisis.

My most recent book Modern Architecture and Climate: Design before Air Conditioning (Princeton University Press 2020) explores how leading architects of the twentieth century incorporated climate-mediating strategies into their designs, and shows how regional approaches to climate adaptability were essential to the development of modern architecture. Focusing on the period surrounding World War II—before fossil-fuel powered air-conditioning became widely available—I look at projects by well-known architects such as Richard Neutra, Le Corbusier, Lúcio Costa, Mies van der Rohe, and Skidmore, Owings, and Merrill, and the work of climate-focused architects such as MMM Roberto, Olgyay and Olgyay, and Cliff May. Drawing also on the editorial projects of James Marston Fitch, Elizabeth Gordon, and others, I argue that the images and diagrams produced by architects helped to conceptualize climate knowledge. Finally, I describe how this novel type of environmental media catalyzed new ways of thinking about climate and architectural design, and aim to reconcile the cultural dynamism of contemporary architecture with the material realities of ever-increasing carbon emissions.

Modern Architecture and Climate builds on my first book, A House in the Sun: Modern Architecture and Solar Energy in the Cold War (Oxford University Press 2016). Mid-century experiments in solar house heating relied on new materials and design ideas for both energy efficiency and claims to cultural relevance – first, as an essential aspect of the suburban future, and second, as part of US-organized technical assistance programs in the global south as part of the Cold War.

My current, Guggenheim Fellowship project Thermal Practices is a research and teaching agenda focused on how to live in buildings after fossil-fuel energy sources are no longer socially viable – meaning today. The project frames the “thermal interior” as a space for the engineered precision of comfort, and a space for design experimentation – where novel techniques and habits can reduce carbon dependency.

I am co-founder of Current a web platform and publishing collective that focuses on the intersection of architectural and environmental histories. I co-edit a series of dossiers on the subject of Accumulation for the e-flux Architecture platform - a print version of the essays will be published in 2022.

I received a PhD in Architecture (History and Theory) from Columbia University, and a Master of Environmental Design (MED) from Yale University. I recently held a Fellowship for Advanced Researchers from the Alexander von Humboldt Foundation, spent in summer residence at the Max Planck Institute for the History of Science in Berlin and the Rachel Carson Center in Munich, Germany. In March 2017 I was a Visiting Fellow at the Sydney Environmental Institute, University of Sydney, Australia; in 2015-2016 I was the Thomas A. and Currie C. Barron Visiting Professor in the Environment and Humanities at the Princeton Environmental Institute, hosted by the Princeton School of Architecture. I held a post-doctoral research fellowship at the Harvard University Center for the Environment and Graduate School of Design, and was a visiting professor at Oberlin College, Barnard College, and the University of Auckland, New Zealand. In February 2015 I was the Terra Foundation for American Art Visiting Professor at the Courtauld Institute of Art in London. I have received research and publication grants from the American Society of Environmental Historians, the Society of Architectural Historians, the Graham Foundation for Advanced Studies in the Fine Arts, the Universuty of Pennsylvania Research Foundation, The National Endowment for the Arts, and the US Department of Energy. I am currently a senior research fellow at the Centre for Apocalyptic and Post-Apocalyptic Studies at Universität Heidelberg.

At Penn, I work closely with students at all levels of their PhD and MS work - see the PhD website for more details. I run research seminars for PhD and MArch students, including a course on the History and Theory of Architecture and Climate as part of the curriculum for the MSD in Environmental Building Design (MSD-EBD). I teach in the undergraduate Architecture program, including a First Year Seminar on Architecture in the Anthropocene, the development of which was funded by the UPenn program on Integrating Sustainability Across the Curriculum.

Emergency Exit part of the e-flux Architecture series on Overgrowth, in collaboration with the Oslo Architecture Triennale, published online September 26, 2019.

Jane Drew in Lagos: Decarbonization and Decolonizationo at BP House, 1960 in Rethinking Global Modernism: Architectural Historiography and the Postcolonial (Routledge, 2021).

Climate Sensitive Architecture as a Blueprint: Habits, Shades, and the Irresistible Staircase in Rachel Carson Center Perspectives: Learning from the Past for a Sustainable Future (Spring 2019): 17-23.

Architecture, Environment, History: Questions and Consequences a dossier of papers developed out of the workshop on the Environmental History of Architecture, Sydney Environment Institute, March 10, 2017. in Architecture Theory Review (October 2018): 249-286.

Introduction A House in the Sun: Modern Architecture and Solar Energy in the Cold War (New York: Oxford University Press, 2016)

The Casablanca Solar House in AGENDA: The Catalogue of the US Pavilion at the Venice Biennale (Zurich: Lars Muller, 2014): 150-161.

Architecture and Energy Transitions: The Case of the Bauhaus Dessau 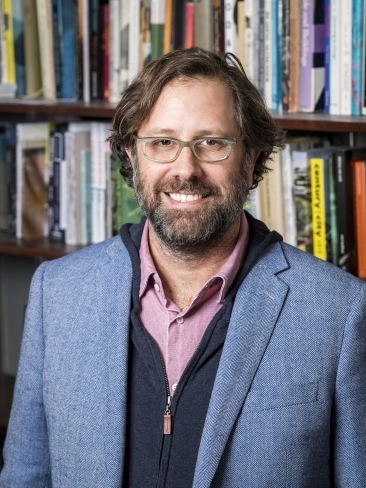 Daniel Barber Examines How Architecture Can Respond to the 1.5ºC Imperative on Archinect.com 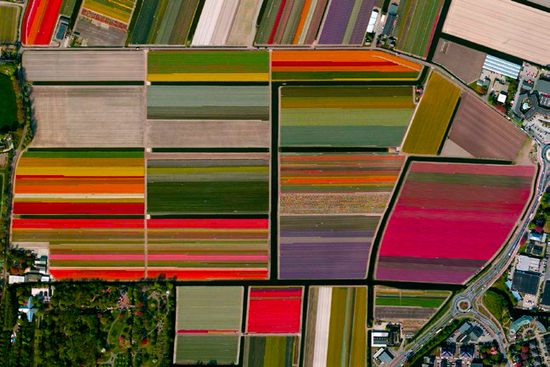 Fields of Tulips, Lisse, The Netherlands. Source: Welcome to the Anthropocene: The Earth in Our Hands, 2014–2016, Deutsches Museum and the Rachel Carson Center for Environment and Society, Munich.