East Warren-Cadieux (EWC) is one of 10 community-planning areas targeted by the City of Detroit’s government for its $130-million Strategic Neighborhood Fund. These community plans are intended to prioritize a few neighborhoods (out of the vast landscape of abandonment and need in Detroit) for strengthening as “20-minute neighborhoods” (places where residents can access all daily needs with a 20-minute walk). Tactical preservation has emerged as a key element in these community plans for wisely using SNF funds.

The studio focused on E Warren Avenue. Developed in the mid-20th-century as a traditional Main Street commercial corridor, the area was one of many small strips serving the vast residential neighborhoods on Detroit’s East Side. The area was formerly part of the Grosse Points, dominated by ribbon farms, though later platted like much of Detroit: strict zoning; single-family houses; retail along larger roads. The architecture is mostly low-slung one-and two-story structures; designed as straightforward boxes with somewhat elaborated facades (“decorated sheds”). Detroit’s decline in the late 20th/early 21stcentury–especially as it accelerated in the post-2008 mortgage crisis–is still very evident in the neighborhood. 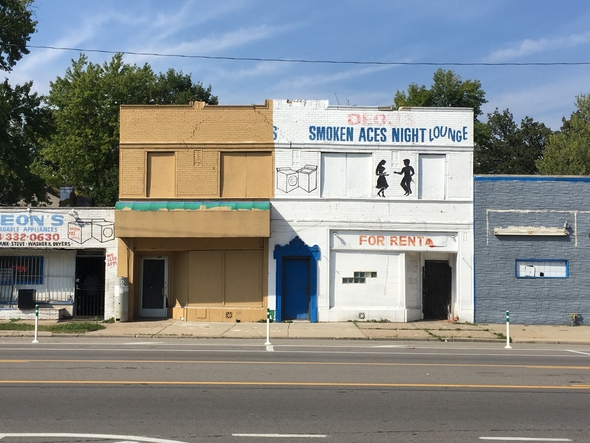 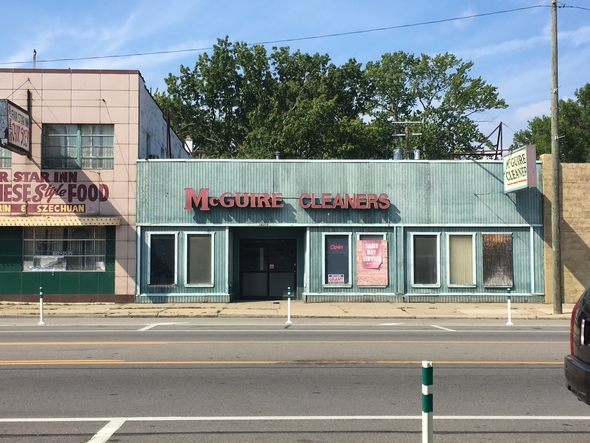 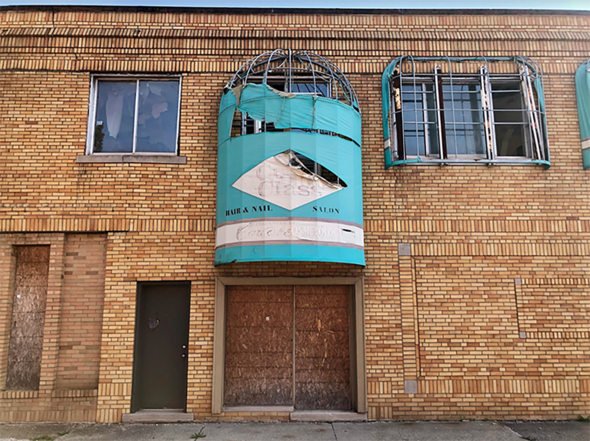 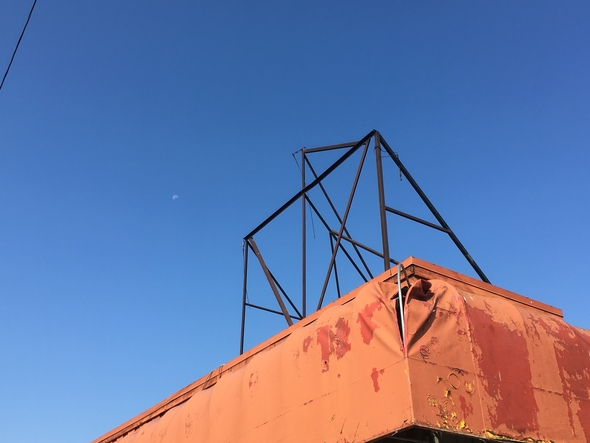 The core challenge of this studio focused on designing “tactical” preservation proposals that deliver practical and economically viable reuse/adaptation while also preserving/interpreting cultural values and catalyzing development and greater benefit for the community. Each student selected a site that they then would develop a 2-month, 5-year, and 10-year strategy to achieve this. “Tactical” is meant as provisional –partial, temporary, prototypical–in analogy to “tactical urbanism”: strategies by which quicker-to implement, interim interventions are made as proof-of-concept, as a catalyst, and as means of acknowledging and protecting heritage buildings. Such projects can provide immediate benefits in and of themselves (jobs, investment, street activation, material preservation of fabric), as well as a step toward longer-term solutions. Practically, tactical preservation is often envisioned as reuse of one part of a larger building, while stabilizing the rest. 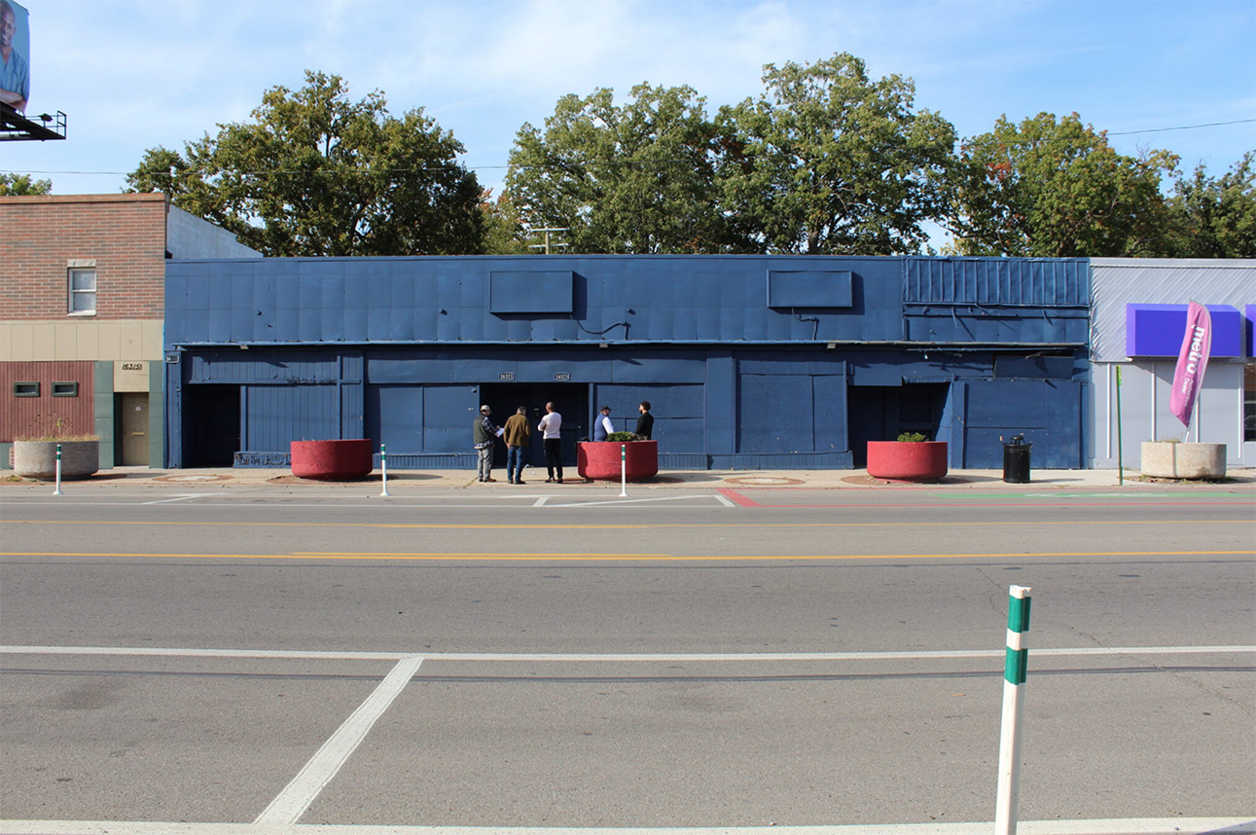 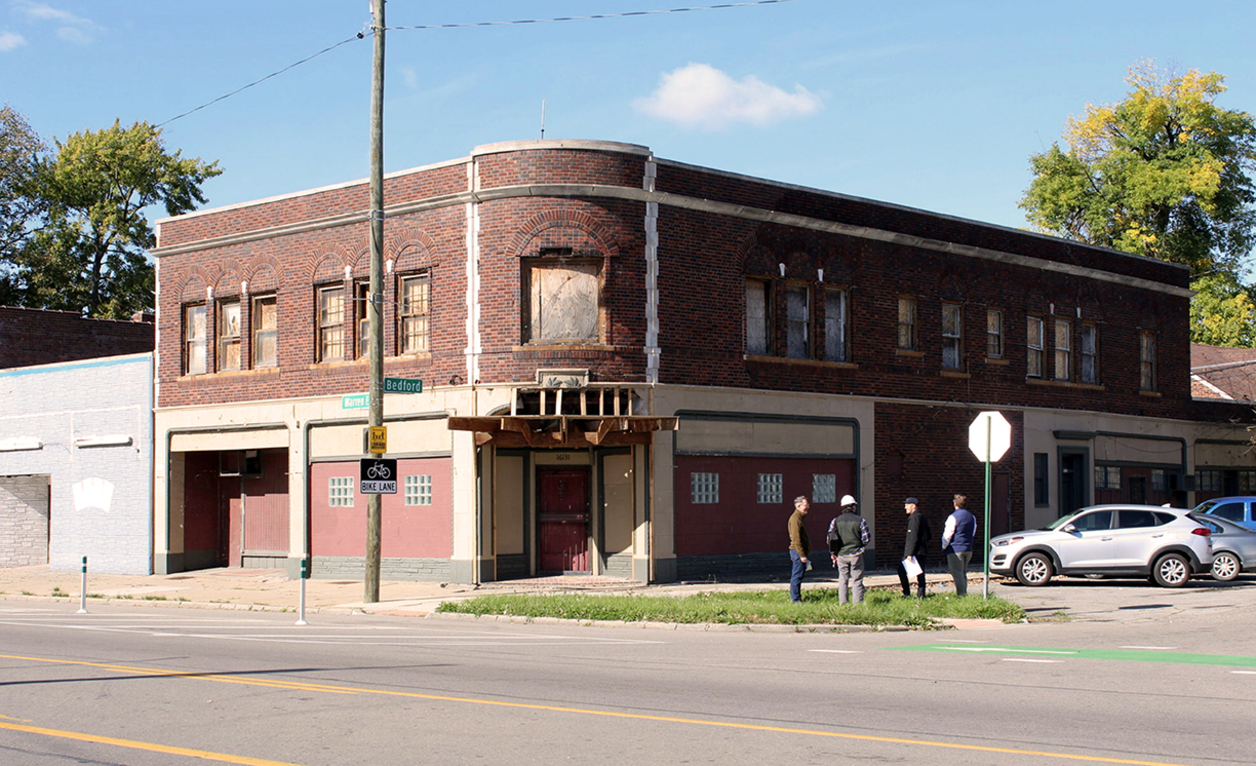 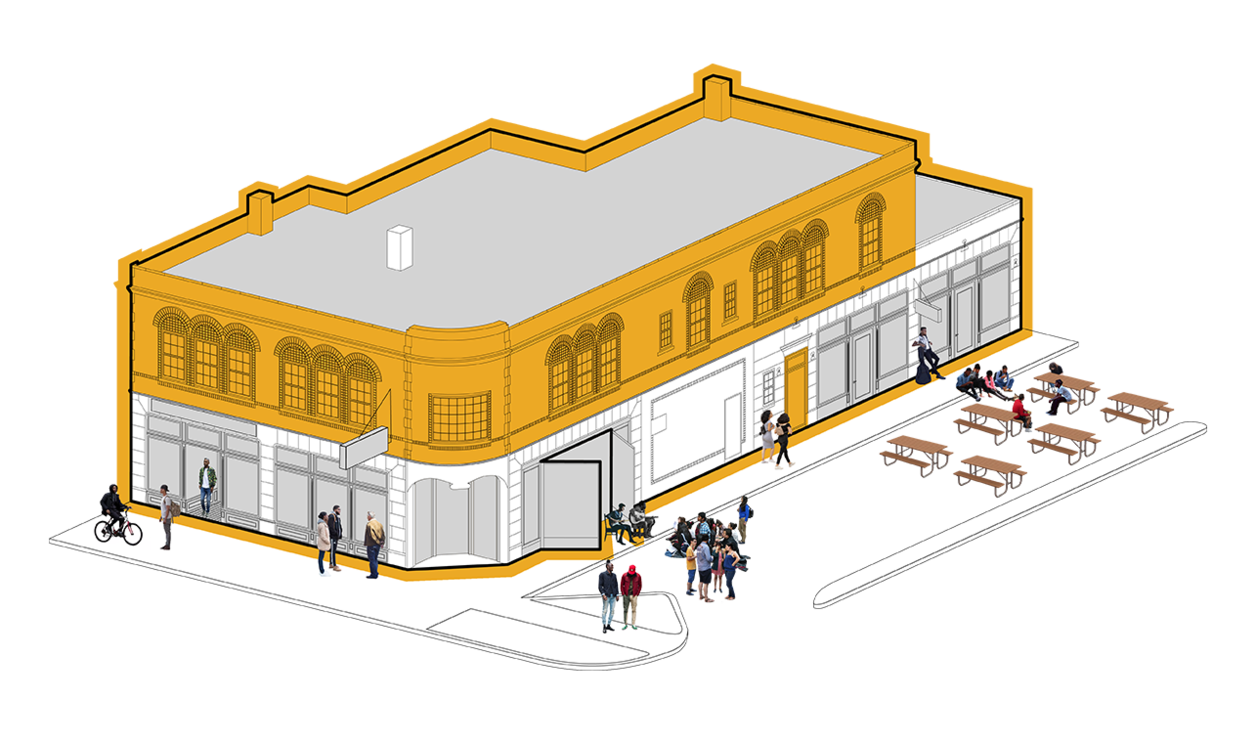 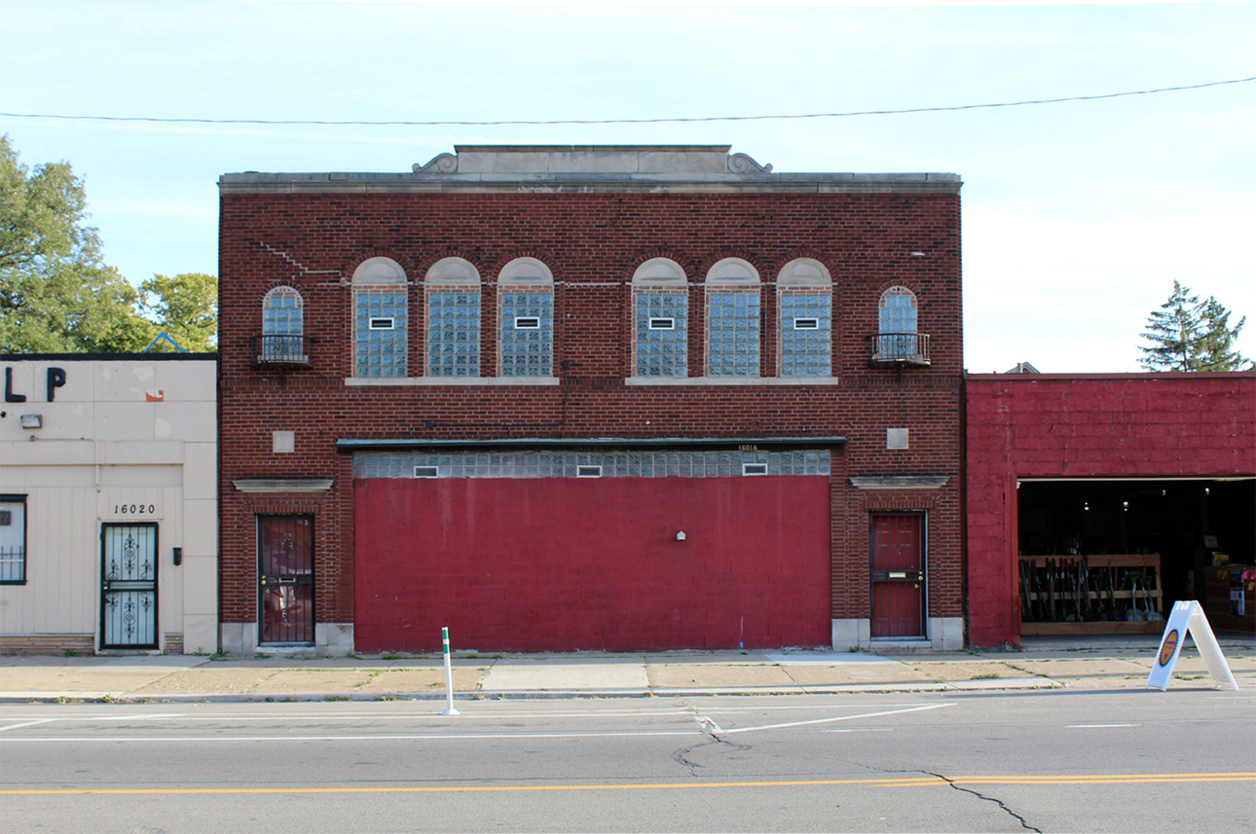 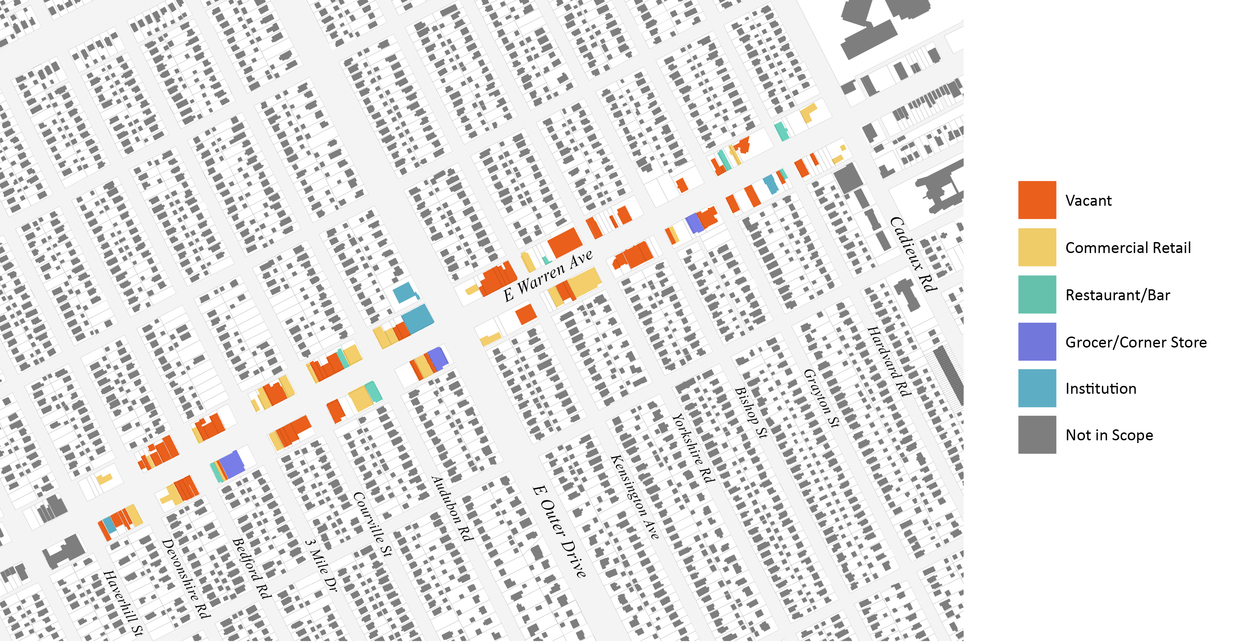