Preserving Los Angeles’s Googie: An Analysis of a Commercial Style, Change, And Preservation

Inspired by the imposing forms of planes, ships, and sleek futuristic technology, Googie gave Los Angeles’s commercial architecture “wings, angles, texture, color, and just about anything else that would catch the eye and lure a passing motorist.” The style defied tradition with its glossary of dramatic angles; its ostentatious color palette; and its use of steel, chrome, and neon. Notably, it saw extensive use in the most vernacular of commercial structures, lending character to bowling alleys, motels, carwashes, gas stations, and restaurants. Like its Programmatic precursor, Googie was cultivated in a commercial landscape geared towards advertisement.

By the 1960s Googiearchitecture had spread beyond the Southern California boundaries, dotting the country with corresponding roadside designs. However, by the 1980s the style’s popularity had waned, and stiff competition in the commercial landscape resulted in the demolition of several Googie structures. Recent publications lent the style retrospective appreciation and merit and served as the catalyst for public campaigns to save surviving Googie works.

This thesis investigates the internal and external mechanisms of change affecting Los Angeles’s Googie commercial architecture; assessing case-studies of preservation success and failure, and the regulatory frameworks in place for the advocacy and preservation of the style; and posing an argument in favor of the preservation of Googie and the everyday buildings of our urban lives. 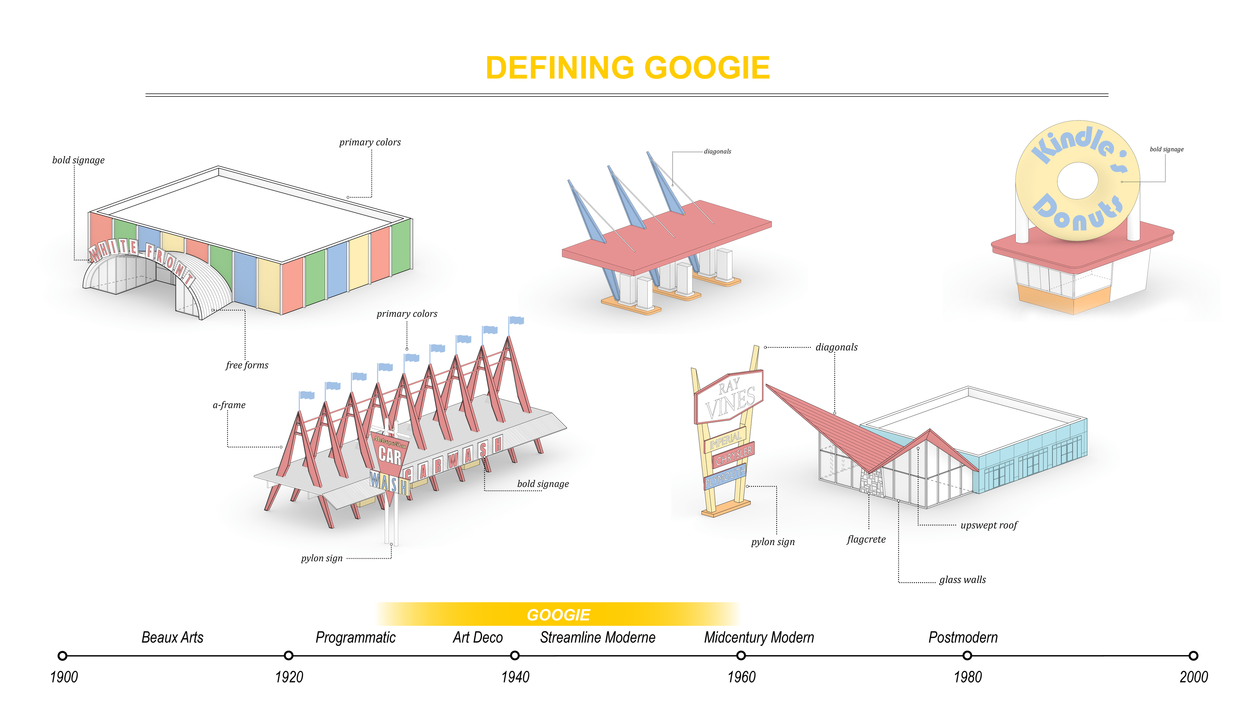 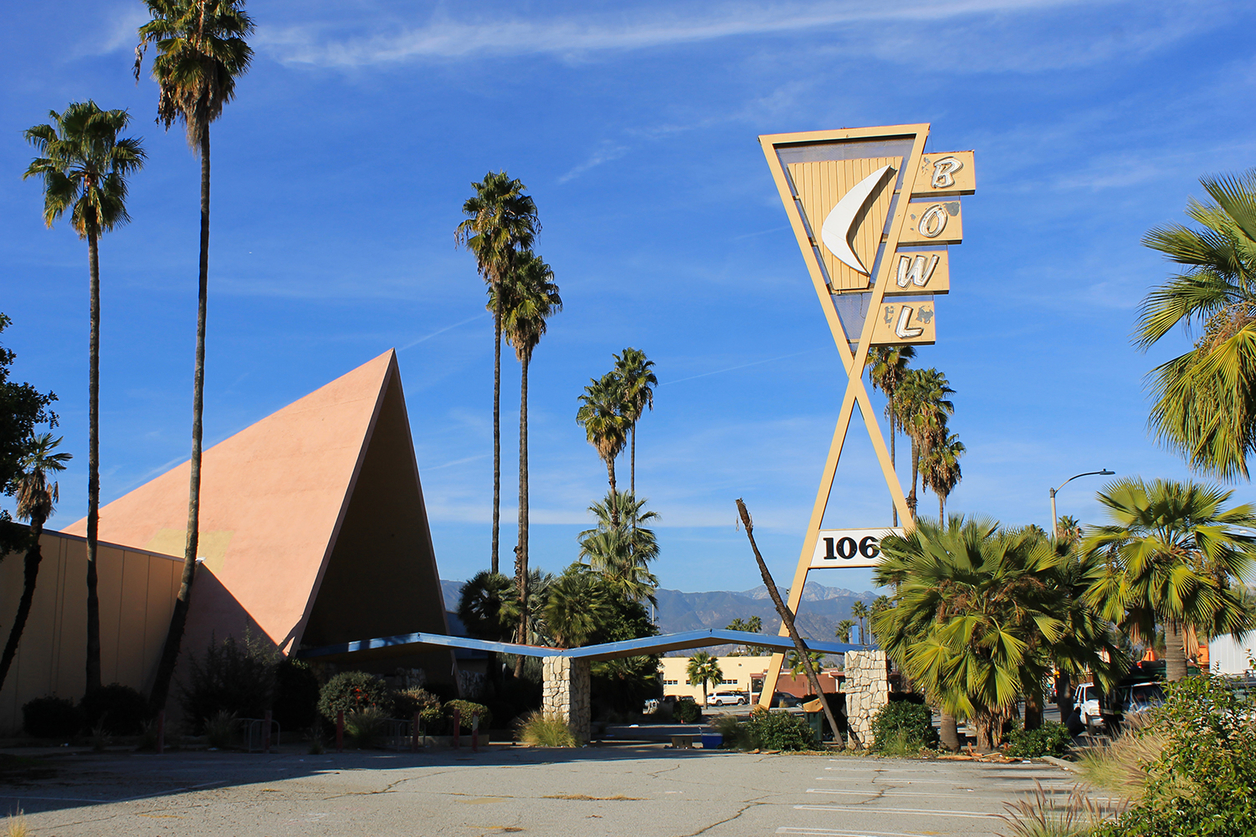 The Covina Bowl, vacant the iconic Googie building is vulnerable to change and demolition. Covina, California. 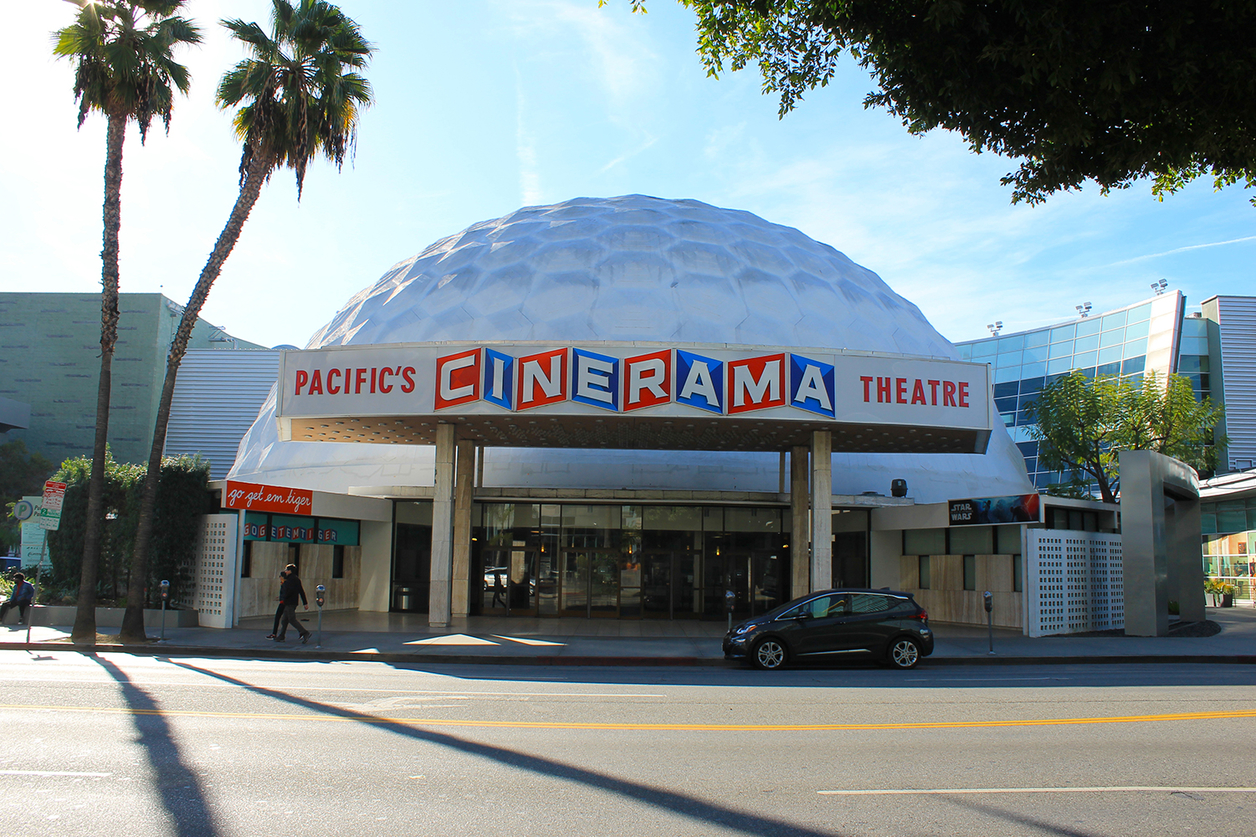 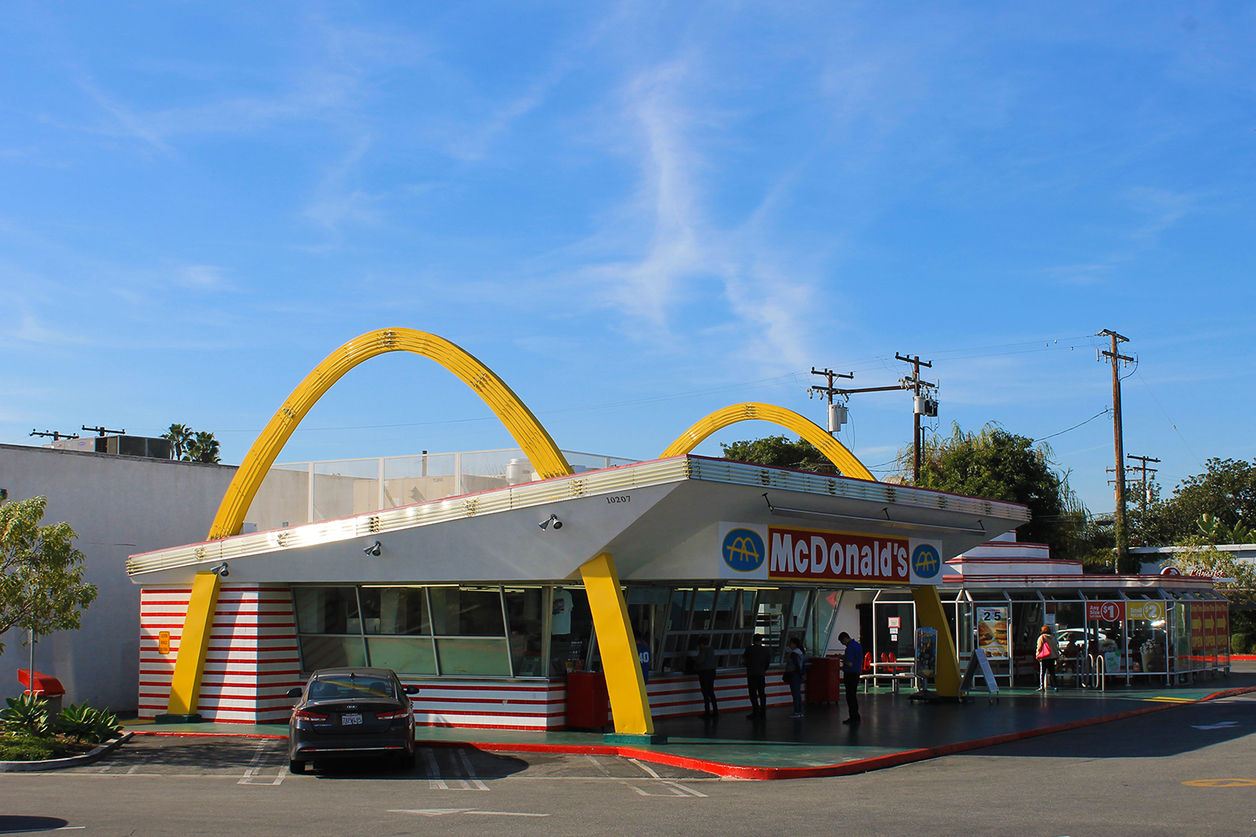 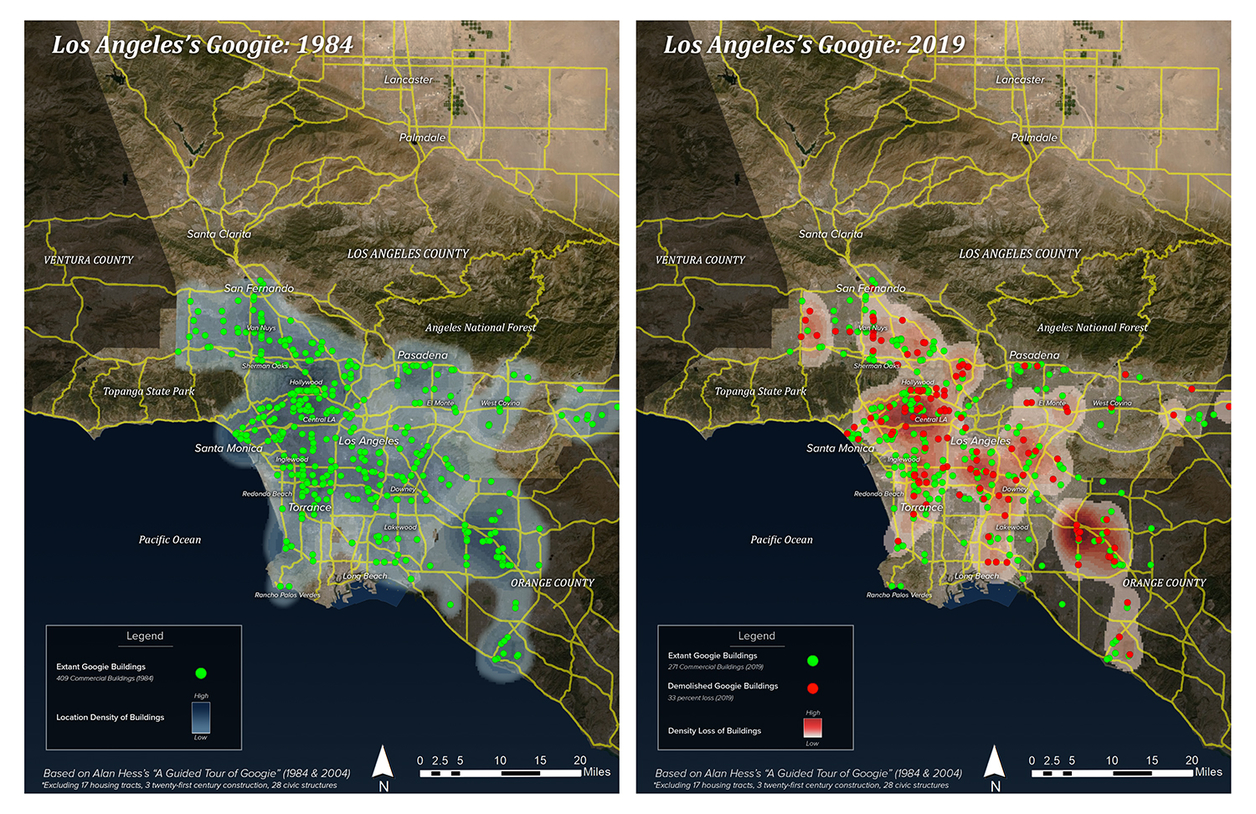 Mapping the decline and demolition of Googie architecture.