Heinrich ‘Henry’ Klumb (1905-1984) was a German-born architect who arrived in the United States after completing his architectural education in 1927 in the Stallische Bauschule of Cologne. A disciple of architect Frank Lloyd Wright and a Taliesin Fellow, Klumb arrived at Puerto Rico in 1944, marking the beginning of a new architectural direction for the island, both aesthetically and technologically. Among the many projects Klumb designed, his churches are considered his most extraordinary and praised work. He designed four Catholic churches that rank among the best examples of Latin American architecture in the twentieth century and widely publicized at the time. In the Del Carmen Church, Henry Klumb masterfully redefined Puerto Rico’s traditional sacred architecture in a modern idiom (beton brut) by responding to the island’s environmental conditions and its people.

The church was constructed of poured-in-place, precast, and concrete block covered with an unpainted cement render, possibly applied with a gunite technique. The parochial church’s unpainted concrete and cement rendered surfaces were a shift from Klumb’s earlier work and an important character-defining feature of this design. Through the decades, the physical integrity of the church has remained intact, with the exception of the change of the central altar to the south side and the painting of original exterior exposed concrete in the early 2000s. Numerous repairs and minor additions over the years have robbed the building of its design elegance and urban impact.

This study explores Klumb’s original design intent and subsequent alterations of the exterior over time. The research includes a brief historical background of the building and the history of 20th-century concrete building technology in Puerto Rico. Secondly, the study examines the condition of the church’s exterior, including its current pathologies (such as surface erosion, moisture, and soil staining, spalling) with emphasis on its environmental context. This is aided by the characterization and analysis of the exterior cement render using petrographic and instrumental analyses. Lastly, the presentation will include recommended conservation strategies, including cleaning treatments and hydrophobization. 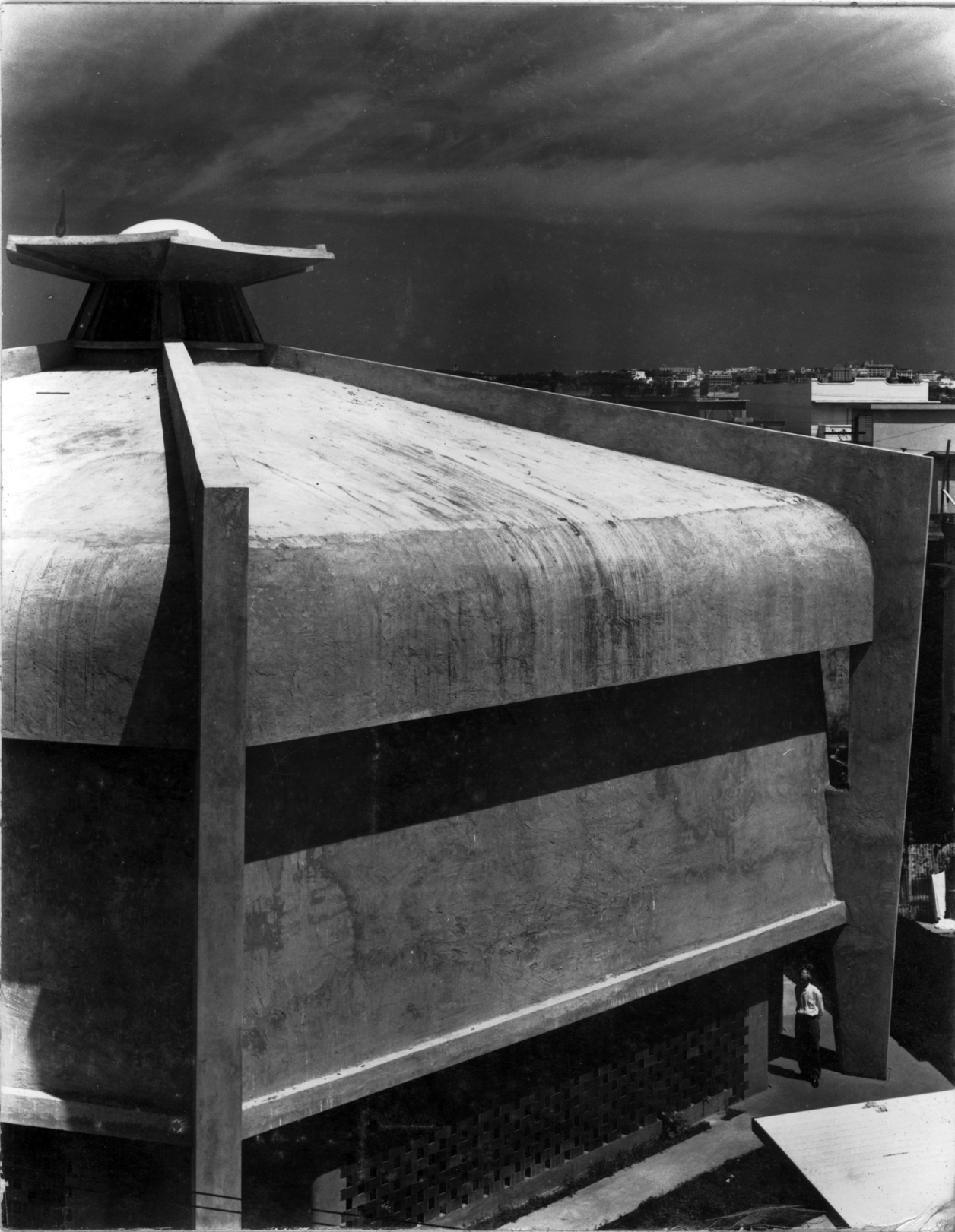 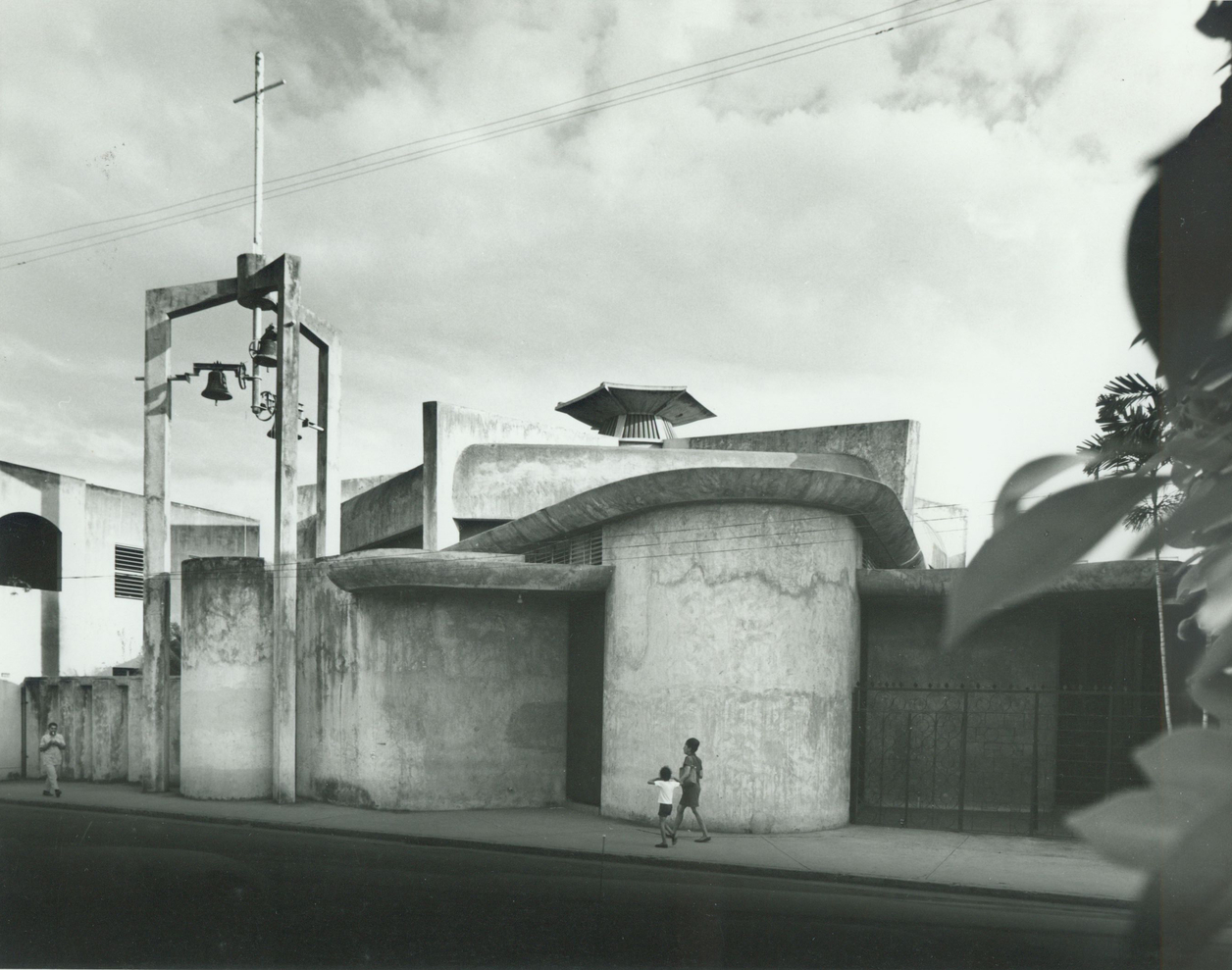 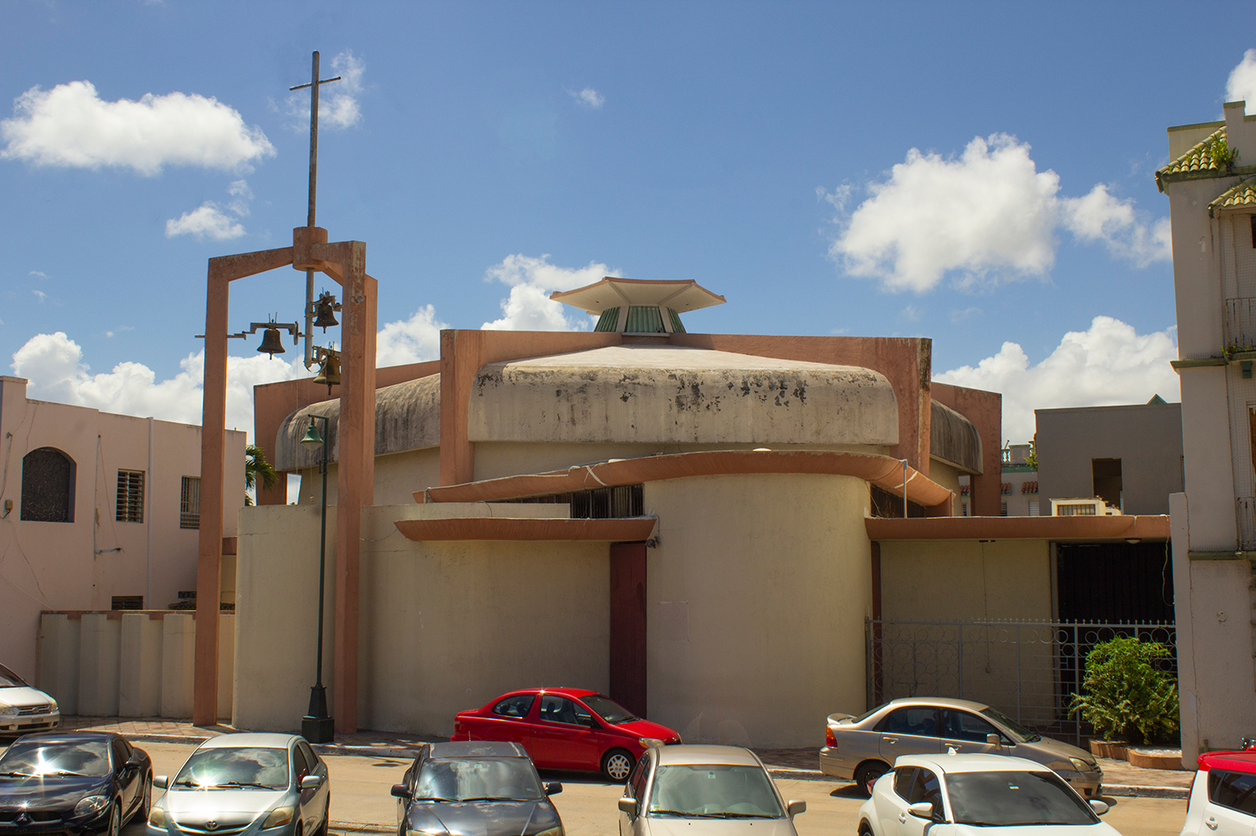 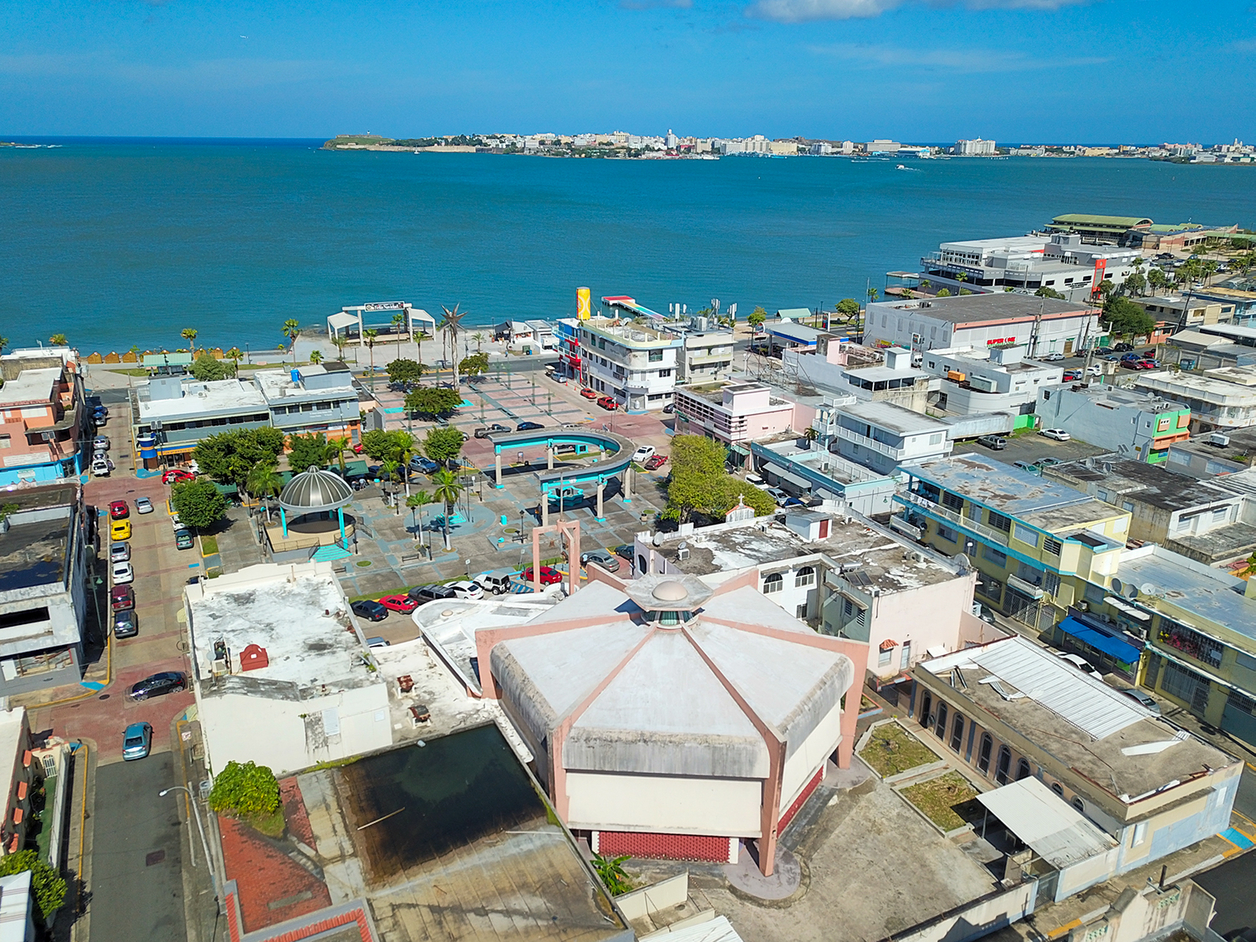 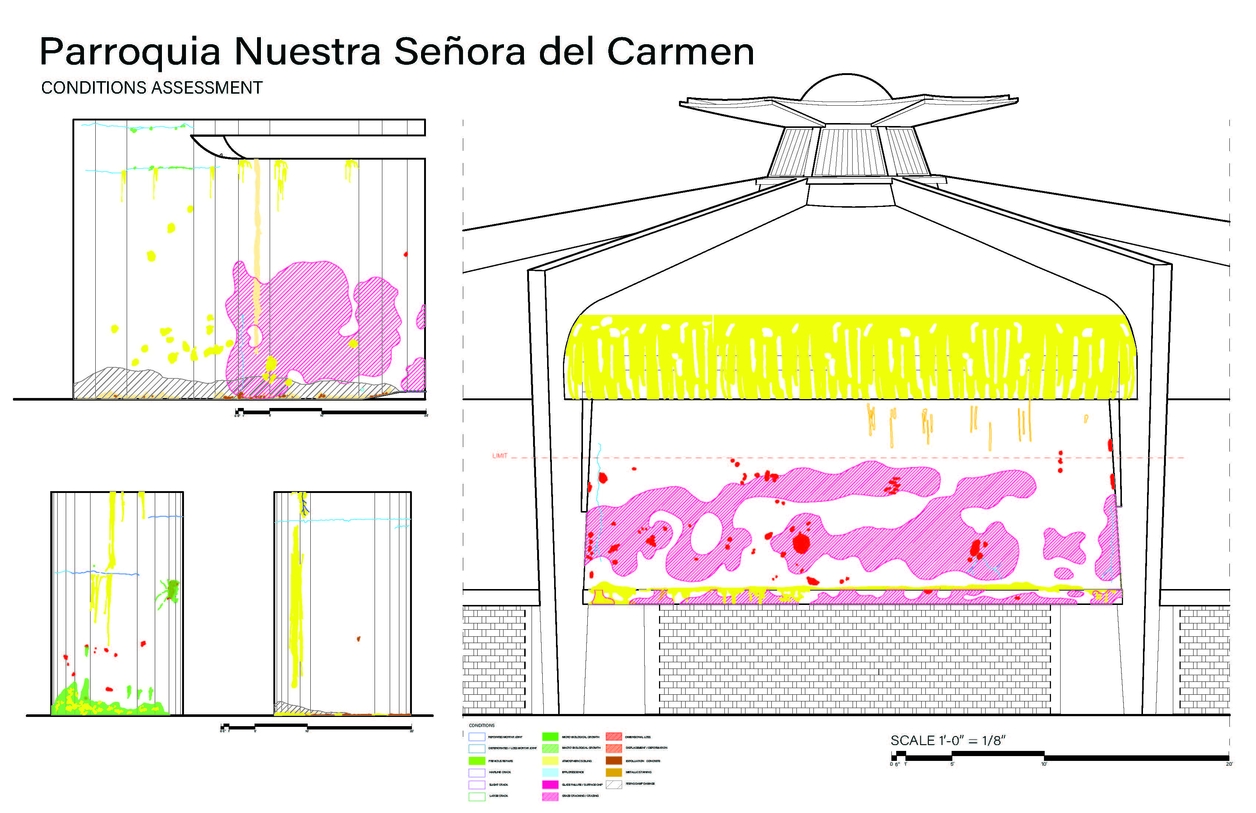 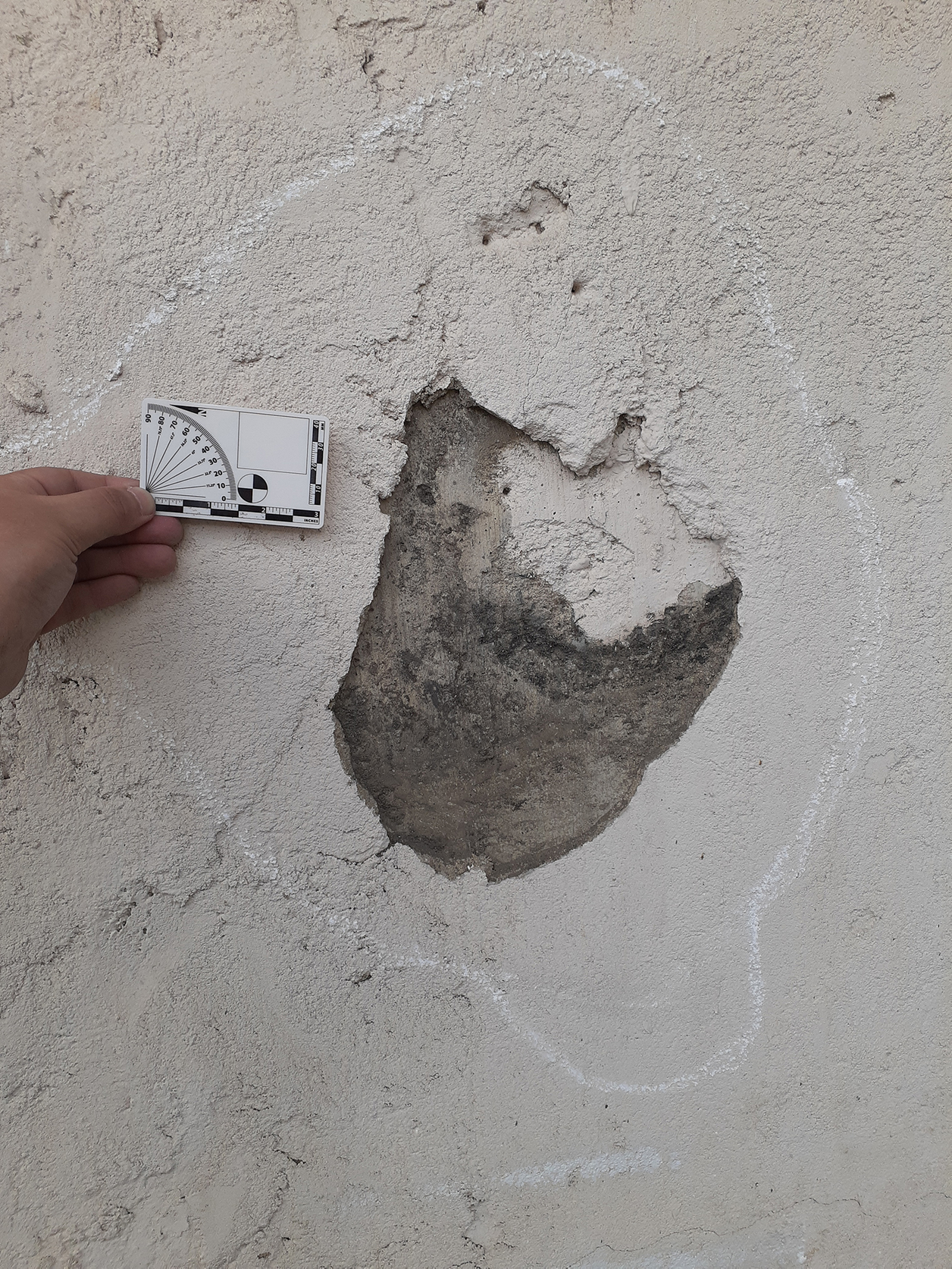 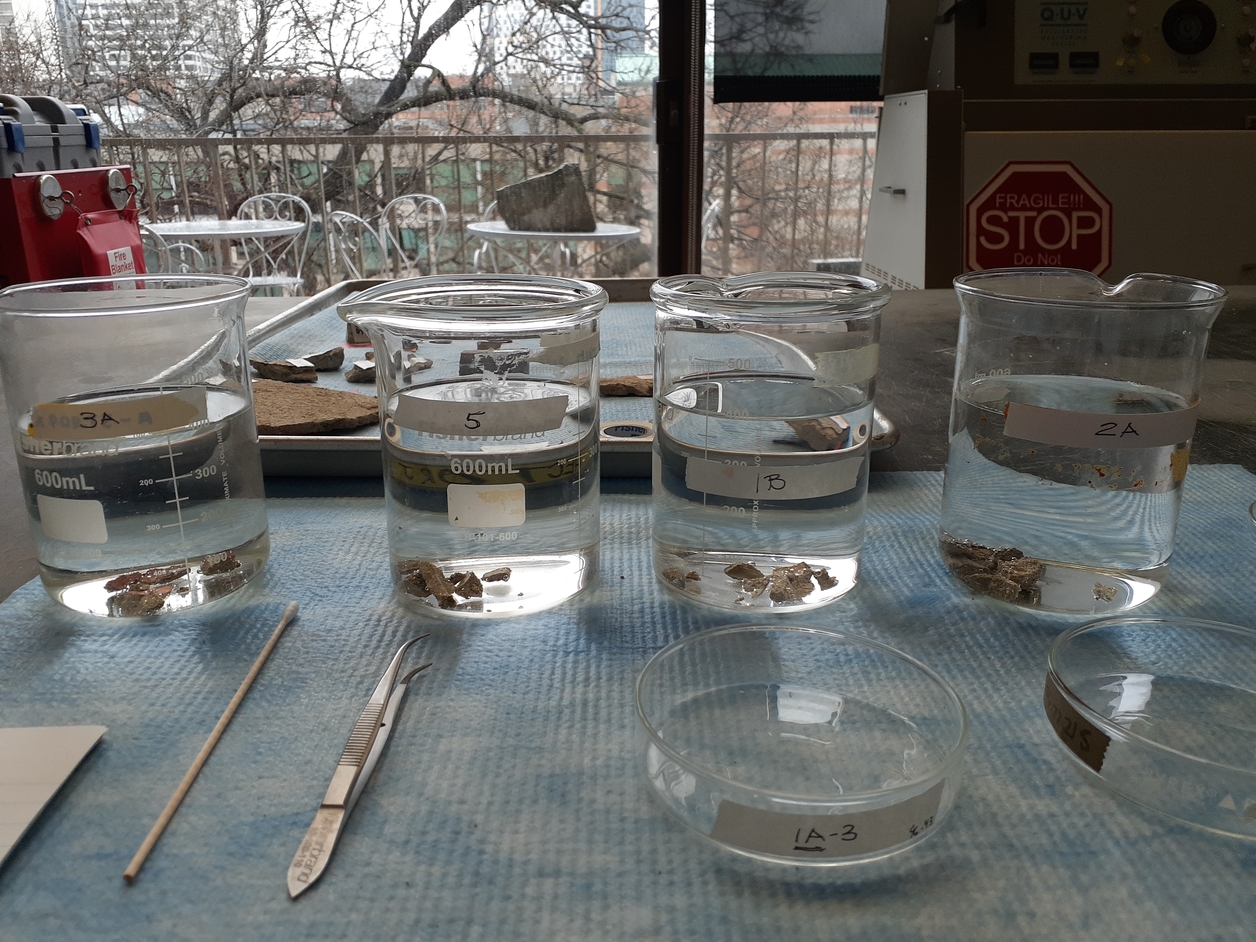 Sample preparation for testing of salts on the Architectural Conservation Laboratory. Photo by Author.