This thesis examines the Vermont Marble Company’s distribution of its stone memorials in the United States for the year of 1916 through statistical analysis of product distribution in order to show regional variations in taste. Vermont Marble Company’s memorials were marketed in Seller’s Handbooks and distributed through Branch Houses in major cities of the Northeast, Midwest, and West Coast, and regional variations in product availability reflect the history, societal values, and aesthetic tastes of the people who lived, and died,in early 20thcentury America. In 1916, Vermont Marble Company was one of the largest corporations in the world, the transcontinental railroad system was at peak mileage, and multiple waves of immigration increased the national population and urban densities. Two years after the printing of the Seller’s Handbooks, the Spanish Flu Epidemic and World War I killed hundreds of thousands of Americans, resulting in high demand for the memorial markers offered by Vermont Marble Company and proliferation of their products throughout the nation. 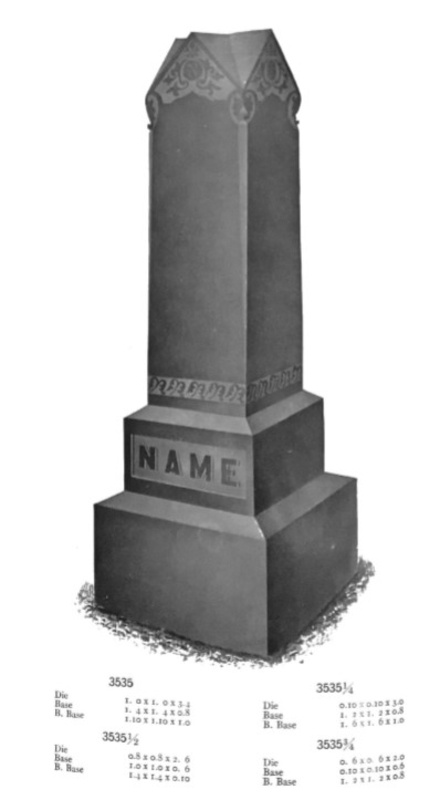 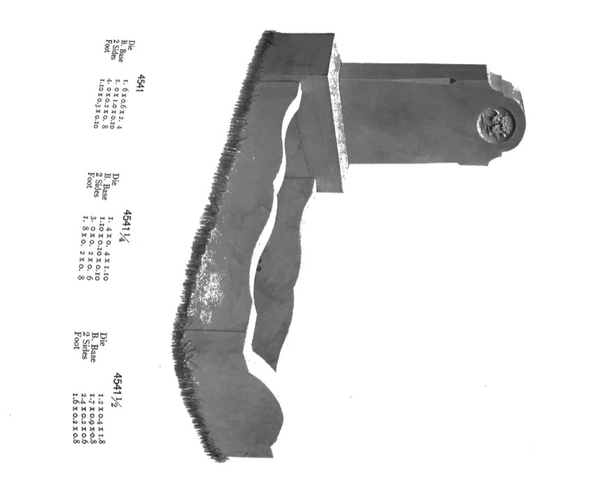 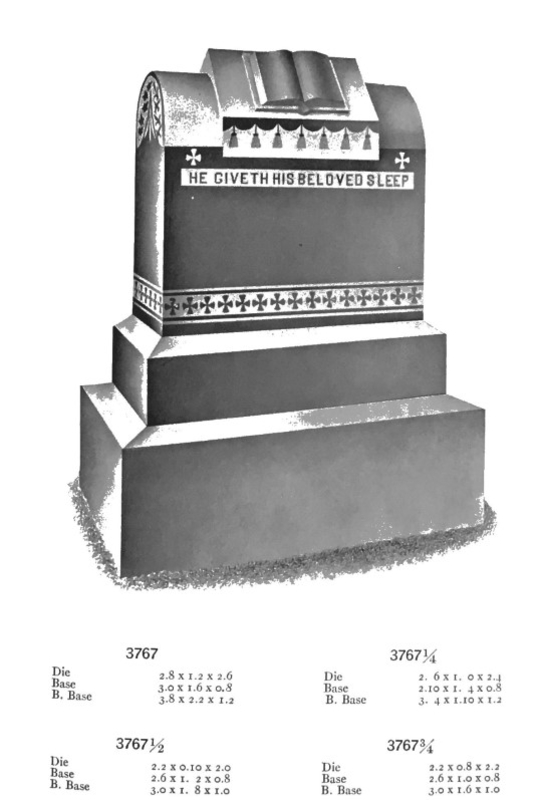