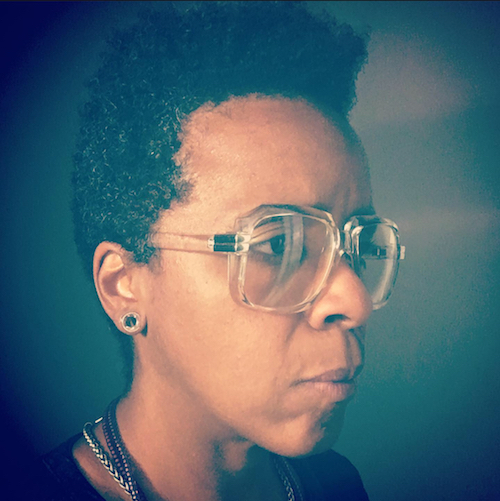 M. Asli Dukan is a filmmaker, multidisciplinary artist and photographer who works primarily in the genres of speculative fiction as a subversive, radical and liberatory practice. She has screened at numerous film festivals in North America including in New York City, Philadelphia, Detroit, Atlanta, Austin, San Francisco, Seattle, and in Toronto. In 2017, her mixed-media, augmented-reality installation, the “Resistance Time Portal”, which centered Black radicalism in a futuristic narrative, made its debut in the Distance≠Time exhibition at the Icebox Project Space. In 2019, her experimental short, Memories from the Future, was a selection of Open Video Call for the spring/summer exhibition at the Institute for Contemporary Art in Philadelphia. She has been the recipient of several grants, awards and fellowships, including a 2016 Transformation Award from the Leeway Foundation, a 2016 NBPC 360 fellowship from Black Public Media, a 2018 Flaherty Seminar fellowship, a 2019 Sachs Program for Arts Innovation grant, a 2020 Independence Public Media grant and a 2020 Sundance Institute Knight Alumni grant. In 2018, she completed season one of Resistance: the battle of philadelphia, a web series about a community’s struggle against state surveillance and state violence. She is in post-production on Invisible Universe, a documentary about Black creators in speculative fiction. She is in development on season two of the Resistance web series and the anthology horror film, Skin Folk, based on the book by Nalo Hopkinson. She holds an MFA from the City University of New York and currently resides and teaches in Philadelphia.