The talk will cover the megatrends of climate change, demographic growth and urbanization at the global level; the multiple impacts of climate change on cities, with a particular emphasis on coastal ones; and the threats facing historic cities and their higher vulnerability. The natural hazards and climate risks facing World Heritage Cities, as proxies for historic cities in general, have been studied in detail in a World Bank paper authored by Bigio et al. that will be presented, as well as urban resilience and adaptation strategies, with some examples of city action plans and related investments. Future trends of greenhouse gas emissions and climate stabilization scenarios are not at all reassuring. Cities emit about 70 percent of total carbon emissions. Urban density, GDP, and many other factors cause the differentials in GHG emissions per capita among world cities, and will be explained. Urban mitigation strategies include single-sector interventions as well as urban planning measures striving for density and Compact Urban Form. Historic cities emit less GHG on a per capita basis. They provide living examples of low-carbon urban development that contemporary sustainable urban planning is pursuing. 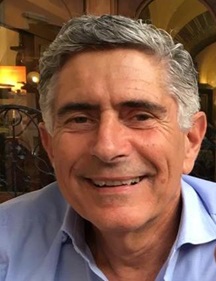 Anthony Gad Bigio has been Adjunct Professor at George Washington University’s graduate program on Sustainable Urban Planning since 2014. He is an Urban Advisor with over thirty years of international experience, consulting for a number of multilateral development agencies, and currently for the Asian Development Bank. He retired from the World Bank in 2013 after a two-decade career as a senior urban specialist, managing investments and policy reform programs in cities across the developing world, with a focus on urban environmental management, historic cities conservation, housing and slum upgrading, post-disaster reconstruction, urban resilience and climate mitigation. He was the World Bank Coordinator for cultural heritage, urban resilience and space observation for development. During his professional career he has worked in over 25 countries and visited another 40. Anthony was a Lead Author for the Intergovernmental Panel on Climate Change’s 2014 5th Assessment Report for the chapter on urban planning and carbon emissions, and technical reviewer for the chapter on urban impacts of climate change. He lectures internationally and has published extensively on the topics of urban development, climate change and urban cultural heritage. He is the Green Growth Advisor for The Growth Dialogue, an international policy program of George Washington University’s Business School. Anthony has dual Italian and British nationalities and holds a master’s degree in architecture and urban planning summa cum laude from the University of Rome, Italy.