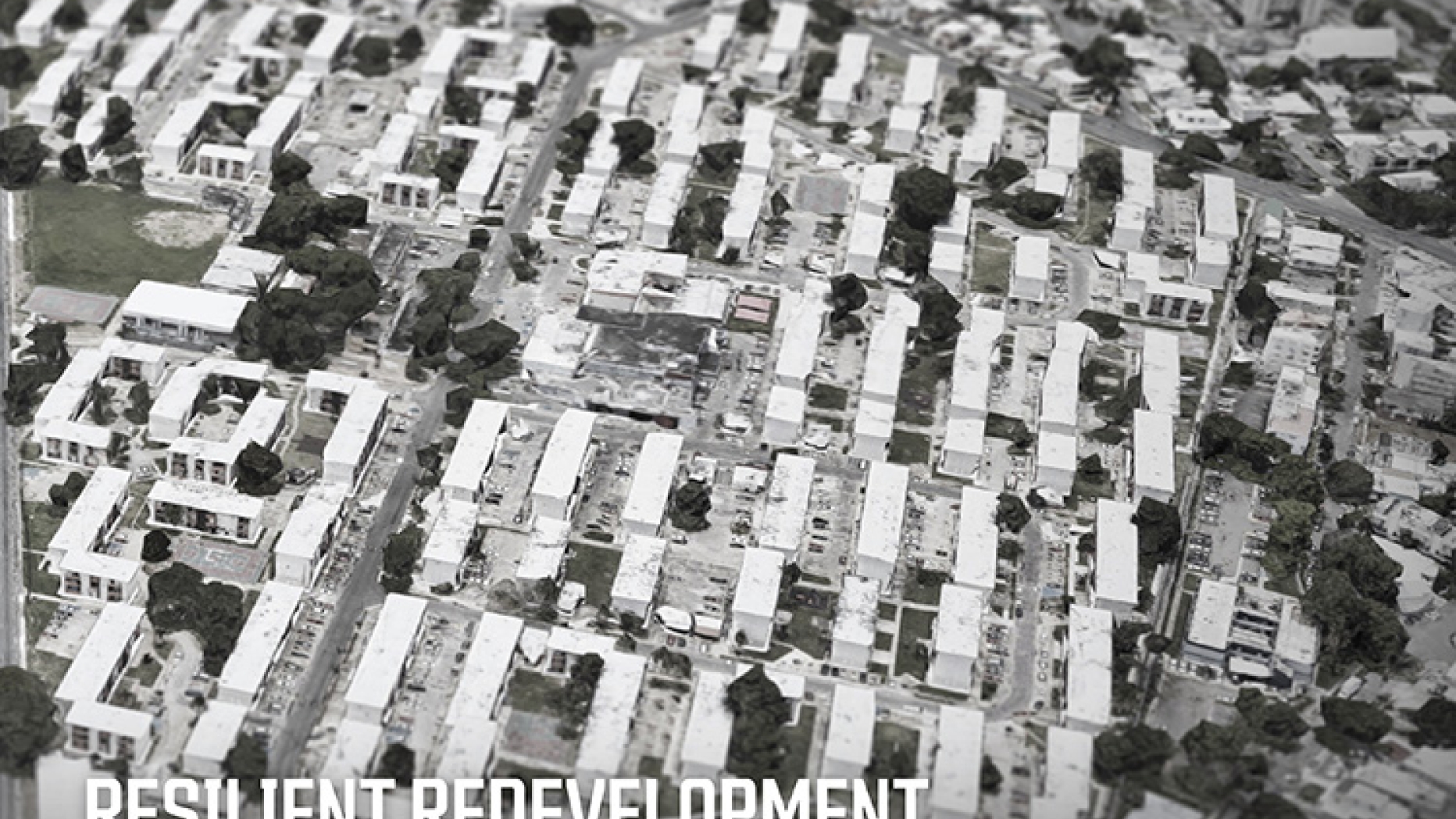 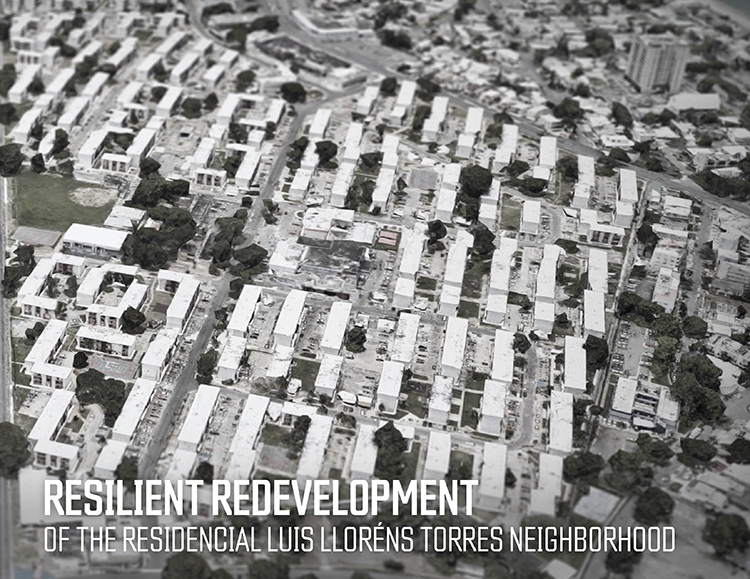 "This studio sought to create a process that imagines the resilient redevelopment of the Luis LLorens Torres housing project in San Juan, Puerto Rico. Located between Old San Juan and the airport, LLorens Torres is the largest public housing project in the United States. It is about 75 acres, home to around 7,000 residents in just under 2,500 units, and has a storied, and at times,notorious history. While it was built with larger social and economic goals in mind, Llorens Torres rapidly became a site of concentrated poverty and structural inequality, and today is representative of the product of over a hundred years of exploitative and inequitable U.S. mainland housing and economic policies carried out at the island’s expense. The neighborhood is located in one of the most flood-prone areas in the city, has dangerously failing infrastructure, and was significantly affected after Hurricane Maria in 2017. Llorens Torres is home to vibrant and incredibly tight knit communities that have struggled to adapt to and overcome the structural, socio-economic, and built environment obstacles that are a fact of life for residents of the neighborhood.

This community is the key to the future of Llorens Torres, and this studio has worked to, first and foremost, endeavor to understand their needs and aspirations. The plan in this book is not meant to be a single prescribed future in and of itself, but rather a plan for a process that aims to empower Llorens Torres residents to reimagine their neighborhood in a way that erases its past injustices, but also allows the neighborhood to evolve to be prosperous and contextual. This plan aims to take the resiliency of the community and apply it to the very built environment foundation of the neighborhood itself."