Center for Public Art and Space

The following excerpt is drawn from the introduction to Monument Lab: Creative Speculations for Philadelphia (Temple University Press, November 2019), the new volume edited by Paul M. Farber, senior research scholar; and Ken Lum, Marilyn Jordan Taylor Presidential Professor and chair of fine arts. The book's release coincides with the launch of the Center for Public Art and Space, a new platform for artistic research and civic engagement that serves as the Penn hub for Monument Lab, an independent public art and history studio based in Philadelphia. The Center supports Penn faculty, staff, and students in incubating public art projects and securing grant-based funding, advances the work of exceptional MFA students as artists in residence, and partners on critical initiatives that bridge the campus and the public realm in Philadelphia and beyond.

Monument Lab is a public art and history studio based in Philadelphia that comprises a team of curators, artists, scholars, and students. We ask open research questions about the ways that publicly sited art, memorials, and monuments operate; we build speculative monuments (“prototypes,” as we call them) in public spaces; and we gather creative forms of open data related to cultural memory. Our goals are to unearth the next generation of monuments and change the ways we collectively write the history of our cities.

In 2017, we teamed with Mural Arts Philadelphia, a renowned public arts organization, to produce a citywide exhibition organized around a central question: What is an appropriate monument for the current city of Philadelphia? This line of inquiry was aimed at building civic dialogue about place and history as forces for a deeper questioning of what it means to be Philadelphian in a time of renewal and continuing struggle.

Monument Lab’s citywide exhibition resembled, in part, an art biennial, with temporary, site-specific works by numerous artists organized around a theme. But by proposing the exhibition thematic around a question, rather than a thesis or prompt, and opening that question up to passersby at research labs installed next to the artworks, Monument Lab insisted on direct participation and lived most fully as an engaged, arts-focused research project with hundreds of thousands of co-contributors invited to question and conjure the monumental landscape around them. Monument Lab, as an art exhibition, valued public response as highly integral to its project and by doing so put art in the service of its research and dialogical aims.

The exhibition took place across the five foundational central squares of the city, five neighborhood parks, and a handful of satellite locations in museums (the Pennsylvania Academy of the Fine Arts and the Barnes Foundation), civic institutions (the Free Library of Philadelphia and the Art Alliance), and the borderlands of public and private spaces (Franklin Square near Old City, an Impact Services building in Kensington, and a vacant lot in West Philadelphia). Each place where we operated may be perceived as public space, under the juris- diction of the city, a municipal entity, a neighbor- hood organization, the federal government, a private company operating on public ground, or a combination thereof. Many of these sites already featured existing monuments or embodied historical identifications. All of the sites contained additional layered histories deserving of critical and creative excavation.

We recognize and embrace a paradox of our approach: we contend that prototype artworks as temporary installations open pathways for changes to the enduring monumental landscape.

For this citywide project, our aim was to convey public art and history across a complex and contradictory city landscape, rendered through its spaces of connection, lines of division, and conflicting rituals of remembrance. The footprint of the exhibition reflected the realities that we live in a city that was mapped before it was built, that was inhabited for thousands of years before its colonization by Europeans, and that continues to evolve with differing visions of justice and belonging inscribed into the form of the city itself.

We invited twenty contemporary artists to answer the exhibition’s central question. They responded with prototype monuments for these iconic public squares and neighborhood parks. The cohort of artists was intended to be intersectional and diverse along lines of age, race, class, gender, sexuality, national belonging, and other matters of identity. We drew the artists from varying fields of public art and social engagement. A large contingent was from Philadelphia or had meaningful affiliations with the city. The monuments these artists proposed were eventually made of stone and bronze, as well as from images, sounds, performances, recycled materials, and the artifacts of community process.

Accompanying the prototypes, as another pillar of the exhibition, were research labs operated out of modified shipping containers and staffed by teams of art educators and youth research fellows.

The labs were places for passersby to engage with the prototype artworks and contribute their own proposals for appropriate monuments. Rather than asking for only the feasible or practical, Monument Lab sought ideas that spoke to the evolving core values and visions of the city.

After several years of collaborative preparation, the exhibition opened for two months of public activation. Opening September 16, 2017, the exhibition proceeded to register more than 250,000 in-person engagements. Close to 4,500 Philadelphians and visitors contributed monument proposals, which were transcribed, analyzed, and uploaded as a dataset to OpenDataPhilly and presented to city officials and residents in Monument Lab’s Report to the City. The monuments, the proposals, and the report together offered their own elaborate theories and deep knowledge about Philadelphia’s public sphere.

We recognize and embrace a paradox of our approach: we contend that prototype artworks as temporary installations open pathways for changes to the enduring monumental landscape. Accordingly, we do not insist on impermanence for all future monuments. We believe that the temporary feature of these prototypes, whether as built structures or datasets of research proposals, can generate new ways of thinking about the monument, without regarding future monuments as simply permanent or impermanent. We are invested in exploring how public symbols are attached to social systems and vice versa. The idea that monuments are timeless, that they contain universal meaning, and that they are stand-alone figures of history— these are the truisms that we believe must be challenged, not necessarily to defeat the idea of civic monuments but to invigorate them with new public engagement possibilities so that they function as constantly activated sites for critical dialogue, response, and experimentation.

This book is a compendium of the exhibition and a critical reflection of the proceedings that includes contributions from interlocutors and collaborators. It is also a living handbook for fellow practitioners in cities and regions outside Philadelphia who desire to remediate monumental landscapes in their own profound ways.

As a nation, we are in the midst of a long reckoning over our inherited monuments. This project is, in part, an outcome of our present cultural and political climate. For example, across the country, the removal of selected Confederate monuments and other statues that symbolize the enduring legacies of racial injustice and social inequality is a sign of welcome change in how memory politics operate in these distinct locales. In each instance, the shift was underwritten by years of activism and critical art making that troubled the status quo. That struggle continues, inside municipal bureaucratic structures and artist- and activist-led circles, to change the content and the processes of making monuments. Through this exhibition and book, we are reminded that we must find new, critical ways to reflect on the monuments we have inherited and to imagine those we have yet to build.

Housekeeping: Vincent Reina On Housing, Barriers and What We Still Don’t Know 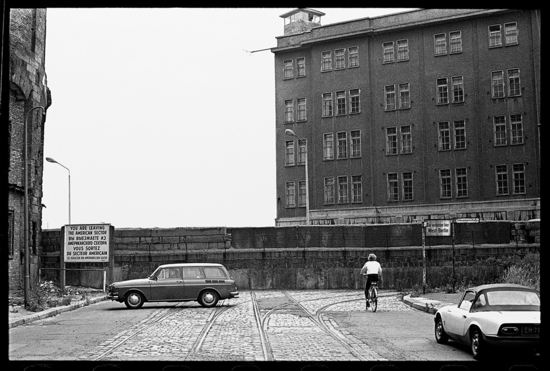