On March 4th join the Graduate Program in Historic Preservation and the Center for the Preservation of Civil Rights Sites for an evening talk by Amber N. Wiley, Ph.D. Her presentation re-examines the legacy and impact of the work of the Afro-American Bicentennial Corporation (ABC) in Washington, DC. It illustrates how the ABC set the precedent for a more nuanced understanding of the American past, expanding the National Park Service’s inclusion of Black historic landmarks twenty-fold. The ABC’s mission was to increase participation of African Americans in the 1976 Bicentennial, to direct projects that highlighted Black history, but most importantly, to be a “‘vehicle’ for improving the lives of Black Americans.”⁠ The organization worked to “continue the revolution” through the “process of decolonization, a movement toward self-realization and self-government by people determined not to be kept in a subject status.” Preservation was a tactic of curating a cultural heritage that hitherto was rendered invisible, but the aims of ABC were also a part of the larger freedom struggle for Black Americans.  In this way, ABC was an outgrowth of both the advent of Home Rule in Washington, as well as the Civil Rights and Black Power movements. Historians Charles H. Wesley and Mary F. Berry, Senator Edward Brooke and Representative Shirley Chisolm were a few of the power players on ABC’s advisory board. The talk will cover the long-time collaboration between the organization and the National Park Service (NPS), which continued when the ABC re-organized as the Afro-American Institute for Historic Preservation and Community Development.

Registration required. If you require any accessibility accommodation, such as live captioning, audio description, or a sign language interpreter, please email news@design.upenn.edu to let us know what you need. Please note, we require at least 48 hours’ notice. If you register within 48 hours of this event, we won’t be able to secure the appropriate accommodations. 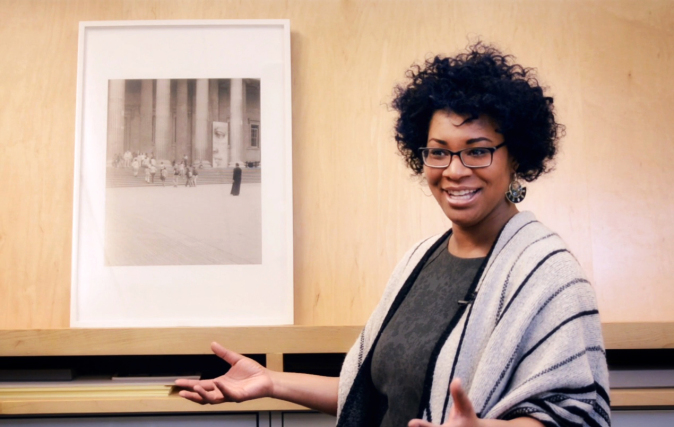 Amber Wiley is an Assistant Professor of Art History at Rutgers University. Her research interests center on the social aspects of design and how it affects urban communities - architecture as a literal and figural structure of power. She focuses on the ways local and national bodies have made the claim for the dominating narrative and collective memory of cities and examines how preservation and public history contribute to the creation and maintenance of the identity and sense of place of a city. Her publications cover African American cultural heritage, urbanism in New Orleans, school design, urban renewal, and preservation. Her current book project is entitled Concrete Solutions: Architecture, Activism and Black Power in the Nation’s Capital.

Amber was Co-Principal Investigator of the National Historic Landmark Nomination Update for the Carter G. Woodson Home National Historic Site. She gave expert testimony for the highly contested Barry Farm historic landmark designation in Washington, DC. She also worked as a consultant for the National Building Museum exhibition “Community Policing in the Nation’s Capital: The Pilot District Project, 1968-1973.” She has served on the National Park System Advisory Board Landmarks Committee, and on the boards of the Vernacular Architecture Forum, Latrobe Chapter of the Society of Architectural Historians, and the Yale Black Alumni Association.