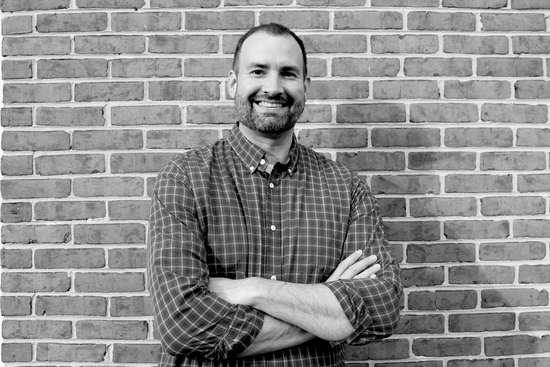 Michael Emmons is Assistant Director and Senior Architectural Historian at the Center for Historic Architecture & Design (CHAD) at the University of Delaware, a research unit that engages in historic preservation projects throughout the Mid-Atlantic and beyond. The Center specializes in nomination packages for the National Register of Historic Places/National Historic Landmark programs, architectural documentation through measured drawings and photography, as well as cultural resource surveys and other historic preservation planning and consultation. He also teaches in the Historic Preservation program at UD's Biden School of Public Policy & Administration, including one of the program’s core courses, Theory & Practice.

Emmons' dissertation, "Patterns in Early American Graffiti," is an interdisciplinary examination of historical graffiti in the northeastern United States between 1700-1870, identifying the most common patterns in the age, content, and location of historical graffiti, while also evaluating its value and significance for architectural studies and historical interpretation. His research is the first attempt at evaluating broader trends in historical inscription practices in the U.S., and the social and cultural reasons for these trends. He is the founder of the Early American Graffiti Project, which aims to serve as a comprehensive, crowd-sourced, geospatial database for historical graffiti throughout North America.

An active member of many academic and professional organizations in a number of disciplines, Emmons has given papers at national conferences such as the Vernacular Architecture Forum (VAF), the Society for Historians of the Early American Republic (SHEAR), the Dublin Seminar for New England Folklife; in regional venues like the New Sweden History Conference and at The Woodlands (Philadelphia); and at international conferences such as the British Group of Early American Historians (in Portsmouth, UK), the Objects of Refuge Symposium (in Mainz, Germany), and the National Symposium for the Study of Historic Graffiti (in Southampton, UK). He is also an active preservation advocate, serving on the board of directors of Preservation Delaware and regularly speaking at public hearings and other venues in the defense of threatened historic resources.

Before his academic work in the fields of architectural history and preservation, Emmons was a real estate specialist in historic property sales in Connecticut, studying and marketing a wide variety of historic property types and closing on over 100 transactions in less than 5 years. He also has a broad range of experience in public history, having worked summer gigs at the Historic American Building Survey (HABS) in Washington DC, at Old Sturbridge Village in Massachusetts, at The Mark Twain House in Hartford, CT, and Historic Sauder Village in Ohio.