Nate Rogers (MArch’11, MSHP’11) is a Senior Associate Architect at Beyer, Blinder and Belle working on the renovations at Harvard University’s historic Adams House. Using his Architecture and Historic Preservation degrees from the University of Pennsylvania Stuart Weitzman School of Design, Rodgers' plans incorporate references to the building's original function in its new designs. Among many of the changes the renovation includes using lighting techniques to mimic the swimming pool that was once housed inside the space as well as preserving the building's idiosyncratic history.

On June 3, construction began on the renewal of Adams House, marking the start of a project slated to take place in three phases spanning four years, to be completed by August 2023. Adams is the sixth House to be renewed under a multi-decade renewal plan; its updating follows the partial renovations of Quincy and Leverett, and the full renewals of Dunster, Winthrop, and, most recently, Lowell, which will reopen this fall. Phase I of the Adams renewal—continuing into August of next year—will include renovations of Claverly Hall and Senior House, which serve as student residences, and the beginning stages of the work on Apthorp House, the historic home of the Adams House faculty deans. Because the rest of the House will remain open, only three “swing” buildings will be needed for displaced Adams residents during the coming academic year; other Houses undergoing renewal have required up to eight.

Consisting of seven separate buildings built during different eras, Adams is not only one of the oldest of Harvard’s Houses, but also widely considered the quirkiest. Its historic elements include the restored suite of President Franklin Delano Roosevelt, A.B. 1904, LL.D. ’29, in Westmorly Court, and the Coolidge Room, where another president, John F. Kennedy, A.B. 1940, LL.D. ’56, wrote his senior thesis. Its traditions, such as the Adams Drag Night show, display a longstanding commitment to student art and expression. Three of its buildings were originally constructed during the late nineteenth and early twentieth centuries as “Gold Coast” dormitories—privately built, off-campus housing for wealthy Harvard students that served as alternatives to the antiquated Yard dormitories. President Abbott Lawrence Lowell purchased the Gold Coast buildings in the 1920s, and combined them, along with several other buildings, to form Adams in 1931 as part of his newly envisioned House system. Claverly Hall—the focus of Phase I—was one of those Gold Coast buildings, completed in 1893.

In a conversation last week, Merle Bicknell, the assistant dean of physical resources for the Faculty of Arts and Sciences (FAS); Nathaniel Rogers ’05, a project architect at Beyer Blinder Belle (BBB), the architect and design firm overseeing the renewal; and Aaron Lamport ’90, the senior project manager, detailed plans to preserve Claverly Hall’s history and character while improving its functionality, accessibility, and student-life offerings. With the renovations, students can look forward to improved housing: the new Claverly will consist exclusively of suites, all including common rooms and bathrooms. (Other renewed Houses have had to include a number of hallway single bedrooms.) Rogers explained that the particular geometry of Claverly—its width and a pre-existing corridor—allows for such a configuration, and Bicknell said she believes the suites will make the building “very, very popular.”

This summer, construction crews will focus on demolishing the unneeded parts of Claverly (what Lamport called the “noisiest, messiest part of the job,” best completed during the summer when fewer people are around) and on utility work below ground, which is similarly disruptive. After demolition, work will start on renovating the building interior.

The biggest changes to Claverly will be made to the rear of the ground floor, currently occupied by a series of nonresidential ancillary spaces: the offices of the Harvard Outing Club and the Harvard Mountaineering Club, and rooms that once housed athletic facilities including a swimming pool and a handball court. These will become student-life spaces, while maintaining connections to their history: renovators are building a new entry lobby and lounge, for example, but including in it an antique fireplace salvaged and moved from another room in the building. Architects are also exploring lighting options for the pool room that create the illusion of the “play of water on the ceiling,” Rogers said. Evoking its original function is intended, he continued, to “connect current students back to the generations before them.” Planners also intend to add smaller student-life amenities to the rest of the building, such as a set of study nooks behind Claverly’s grand staircase.

To improve accessibility, work crews will install two new elevators, as well as a ground-level door and internal wheelchair lift next to the steps at Claverly’s front entrance on Bow Street. Rogers noted that the relocation of the Outing Club office means there will be a second wheelchair-accessible door, on Linden Street, to create a barrier-free entrance to the building. “Accessibility means a couple things to us,” he said. “It’s not just about elevators; it’s also about seamlessly knitting together all the parts of the building and the complex together, and doing it in a way that’s subtle, so that it’s integrated into the whole design and doesn’t stand out as an afterthought.”

Bicknell noted that the renewal of Adams marks the “halfway point” of the overall House renewal project, “so we're excited about that,” she said.  Funding that enormous project was “one of the major pieces of the capital campaign,” she added, referring to the 2013-2018 fundraising effort that raised $9.6 billion. Even so, fundraising needs to continue, “because we’re still renewing.” She said this summer’s fundraising efforts will consist mostly of “one-on-one” interactions: “talking to individual alumni, taking them on tours, talking to them about the plans, looking at particular spaces.” In the meantime, FAS continues to borrow funds to advance the project, and has restructured its debt with the University to smooth the cost of such financing over many years, as described here.

Adams House in particular presents logistical challenges that previous renovations did not: its very location along four streets just off Harvard Square means construction work risks further congestion; its age also makes accessibility a particular challenge. At four years, the renewal of Adams will run far longer than any of the other House renewals, which have generally taken 15 months, except for Lowell, which took two academic years. Adams is also the first renewal to be phased. With the start of Phase I, though, this complicated project is now under way. 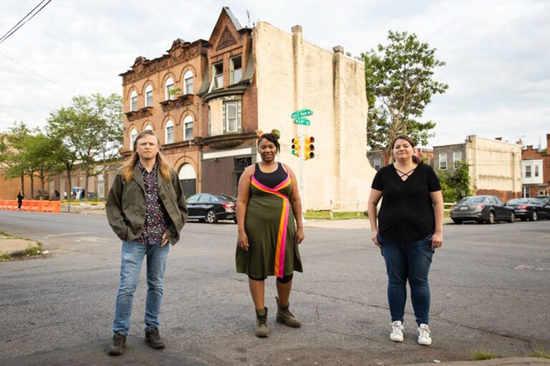