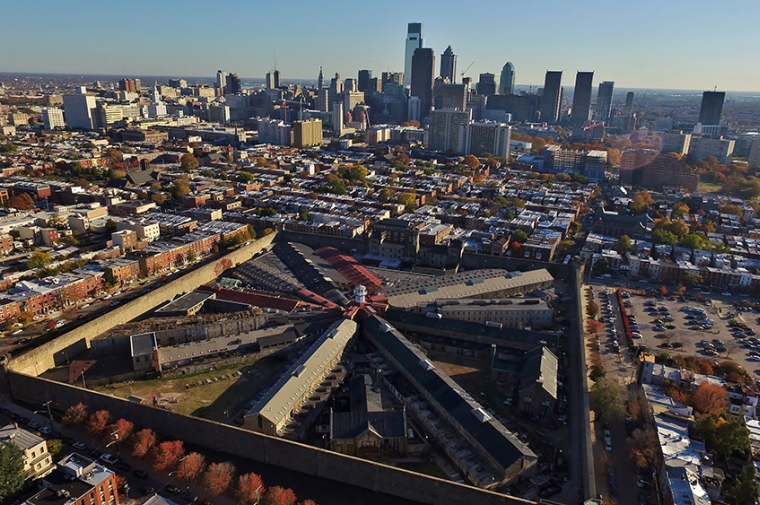 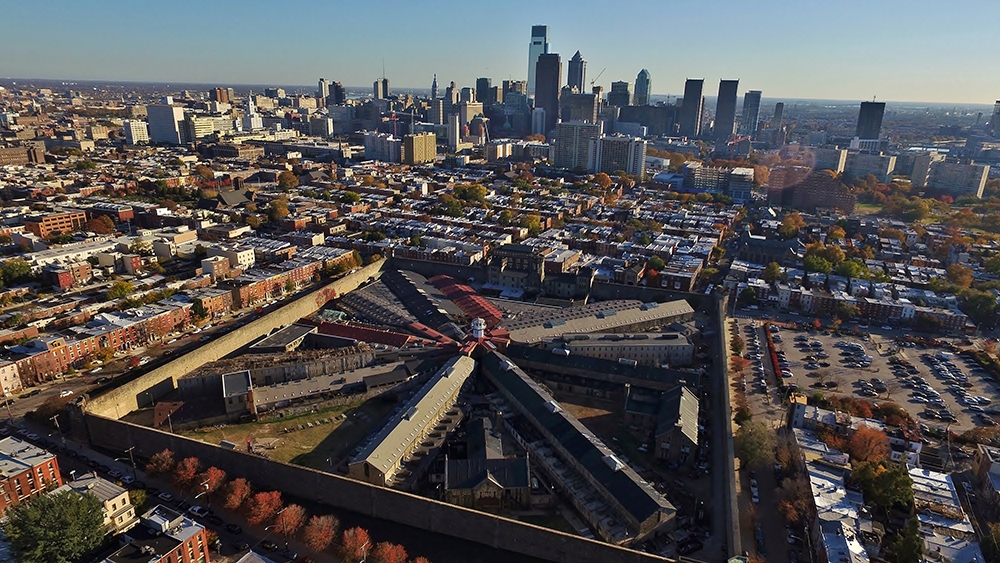 In an essay in the newly-published volume Values in Heritage Management: Emerging Approaches and Research Directions (Getty Conservation Institute, 2019), Randall Mason, an associate professor in the Graduate Program in Historic Preservation, explains how Philadelphia’s iconic Eastern State Penitentiary is both an archive of past events and agent of contemporary social change. Mason co-edited the volume with Erica Avrami, Susan MacDonald, and David Myers.

Eastern State Penitentiary is a heritage site in Philadelphia.(1) It possesses highly significant heritage values as an architectural monument and historic landmark in the development of penal philosophy (“the separate system” of total isolation). Social values realized by art and entertainment programming have also been pursued as part of a sustainable management strategy. Most recently, Eastern State has become a platform for raising awareness of divisive societal issues about the traumatic experience of mass incarceration combined with racial discrimination in the United States. It exemplifies the process of managing a site by building from the cultivation of heritage values toward an embrace of societal values relating the collective trauma of mass incarceration to public heritage practices.

The eleven-acre building complex was opened in 1829 to meet an emergent social need— reform of lawbreakers based on a strategy of isolation and penitence articulated by Jeremy Bentham and advocated by Philadelphia Quakers.(2) Architect John Haviland’s design centered on a simple and monumental architectural form: hub-and-spoke cellblocks, each consisting of individual cells surrounded by a massive stone perimeter wall with a single gate (illustration). The panopticon form was later copied hundreds of times around the world.

Listed as a city landmark in 1958 and a National Historic Landmark in 1965, Eastern State closed as a prison in 1971. Preservation advocates mounted a grassroots effort to protect it from demolition or unsympathetic rehabilitation on the basis of historical and architectural values (its age, legacy of innovative social policy, and as a work of Haviland). A mayoral task force formed in 1988 and began basic repairs; the site was interpreted to the public soon thereafter. In 1998 Eastern State Penitentiary Historic Site Inc., a nonprofit corporate management entity, was organized to manage the site, including preservation, interpretation, and fund-raising operations (initially centered on a Halloween event).

A policy to conserve Eastern State Penitentiary’s fabric as a “stabilized ruin” was adopted for practical as well as philosophical reasons: the great cost of anything more than stabilization and basic safety, and a consensus preservation philosophy valuing the layers of the site’s built heritage. In other words, the period of its abandonment and decay also held heritage value. Financial need led managers to experiment with revenue generation and audience building by expanding the Halloween event to become the lucrative “Terror Behind the Walls” and commissioning an ongoing series of site-specific artworks. The success of these two added functions has grown the management organization’s capacity to sustain the heritage and social values of the site and connect with larger audiences interested in societal issues of social justice, civil rights, and mass incarceration.

Through the 2000s and 2010s, managers carefully balanced heritage and social values - the functions of a museum versus those of an attraction. As contemporary debates about mass incarceration in the United States grew more prominent, managers realized an opportunity to interpret Eastern State Penitentiary as a (failed) experiment in penal reform and use it as a platform to discuss the current role of prisons and incarceration in US society. Large, prominent exhibitions were mounted: the Big Graph, displaying the disproportionate number of citizens imprisoned in the United States vis-à-vis other countries, and the award-winning multimedia exhibit Prisons Today: Questions in the Age of Mass Incarceration, presenting contemporary debates about incarceration as part of the standard tour of Eastern State as a heritage place. The “archive” had evolved into an “agent,” too.

Societal values are still framed by and related to the heritage values of the site, but more directly responding to the societal issues of incarceration in US society. In terms of material heritage, some decisions to support adaptive reuse of historic spaces were required to enable the realization of social and societal values, for instance stabilizing and reusing cells and exercise yards for art platforms and exhibition spaces.

Over the first twenty-five years of its conservation and development, Eastern State Penitentiary’s management evolved by gradually embracing a wider range of values. As a mature organization, it has looked to broader societal questions provoked by (but not confined to) its heritage – the multifaceted debates and complex politics of mass incarceration and penal reform in the United States.

Can a historic prison be a platform for reform of contemporary incarceration policy while effectively conserving its built heritage? Absolutely. But it takes a keen awareness of the distinctions between, on one hand, values emanating from the site’s fabric and responsibilities for stewardship and, on the other, values resonant in broader social discourse that opportunistically find a place on the platform. And it takes a commitment to balance the conservation of heritage values reflected in fabric, built environments, and heritage experiences with the opportunities the heritage conservation success provides to convene new audiences on the basis of interpreting societal values. The site’s management has embodied the strengths of both traditional conservation and the active social and political project of sites of conscience.