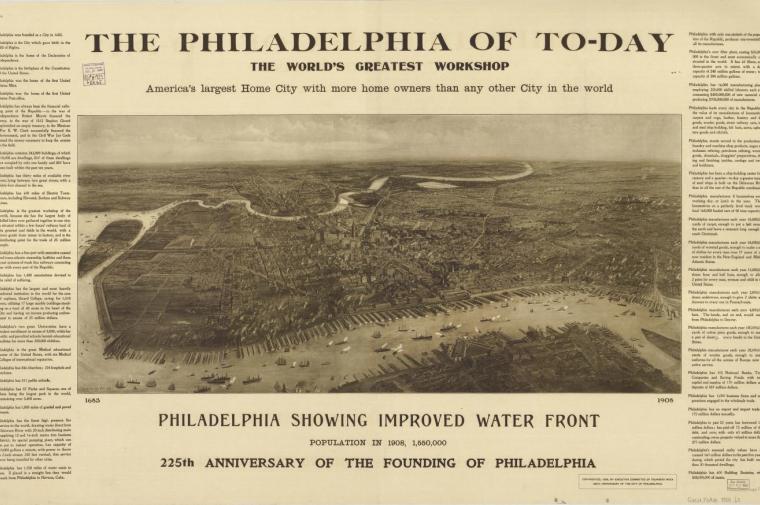 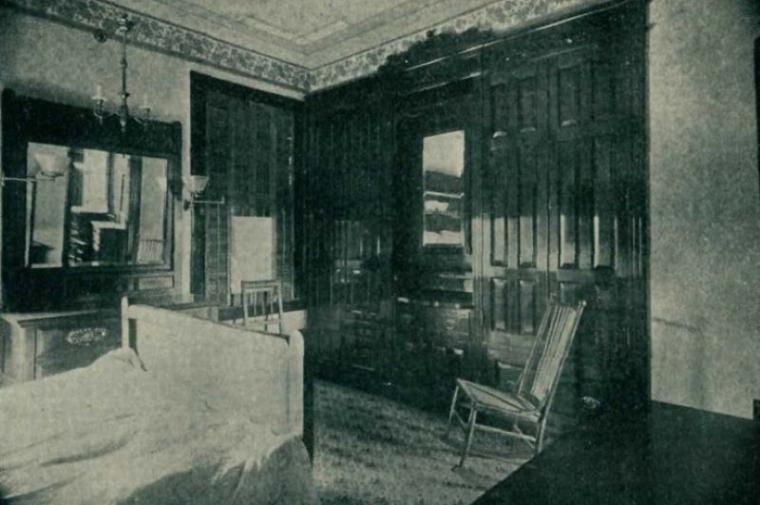 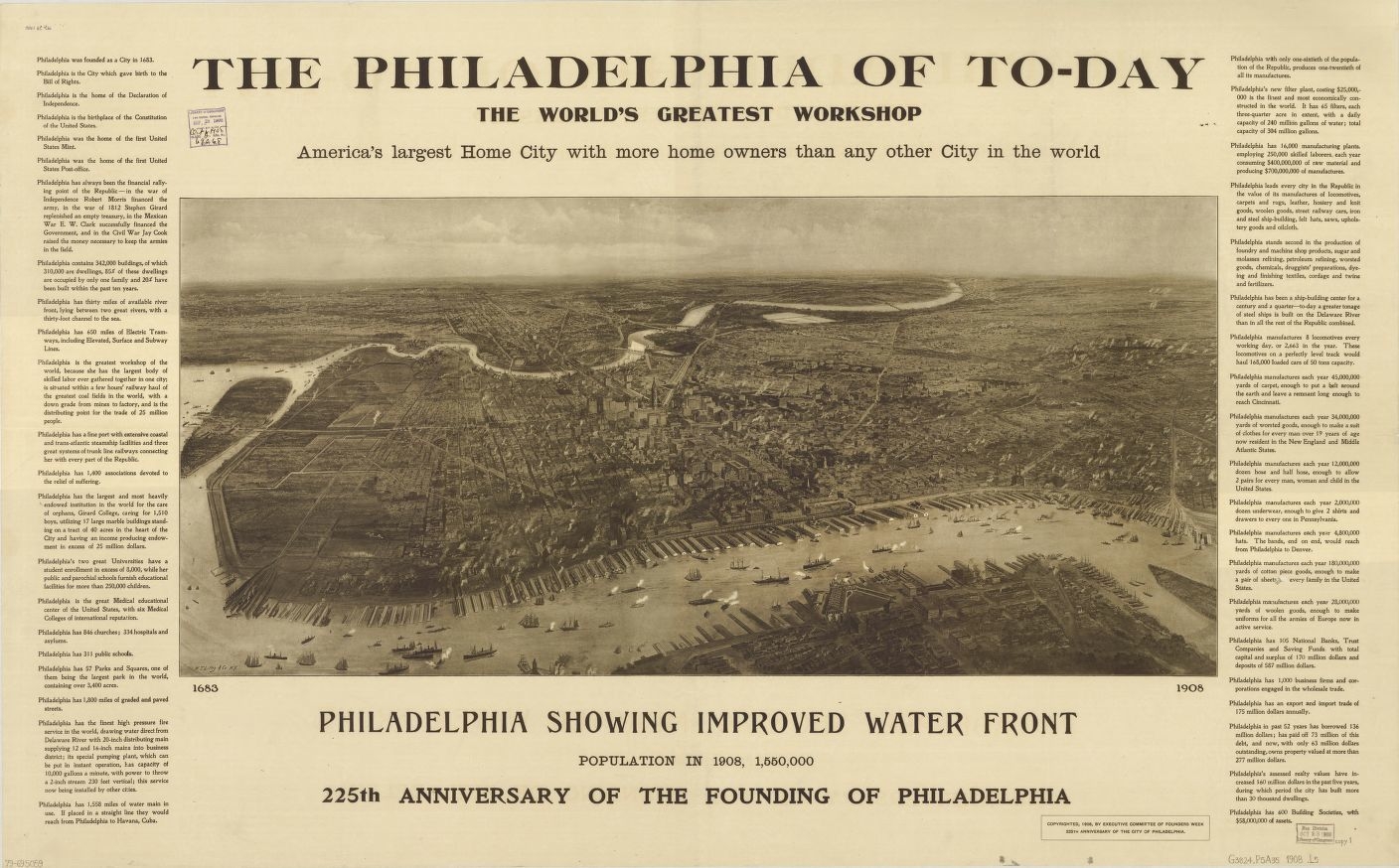 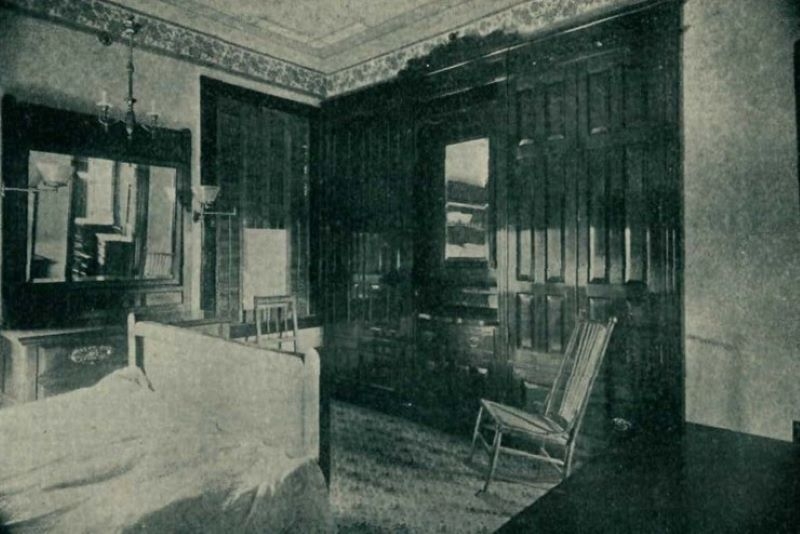 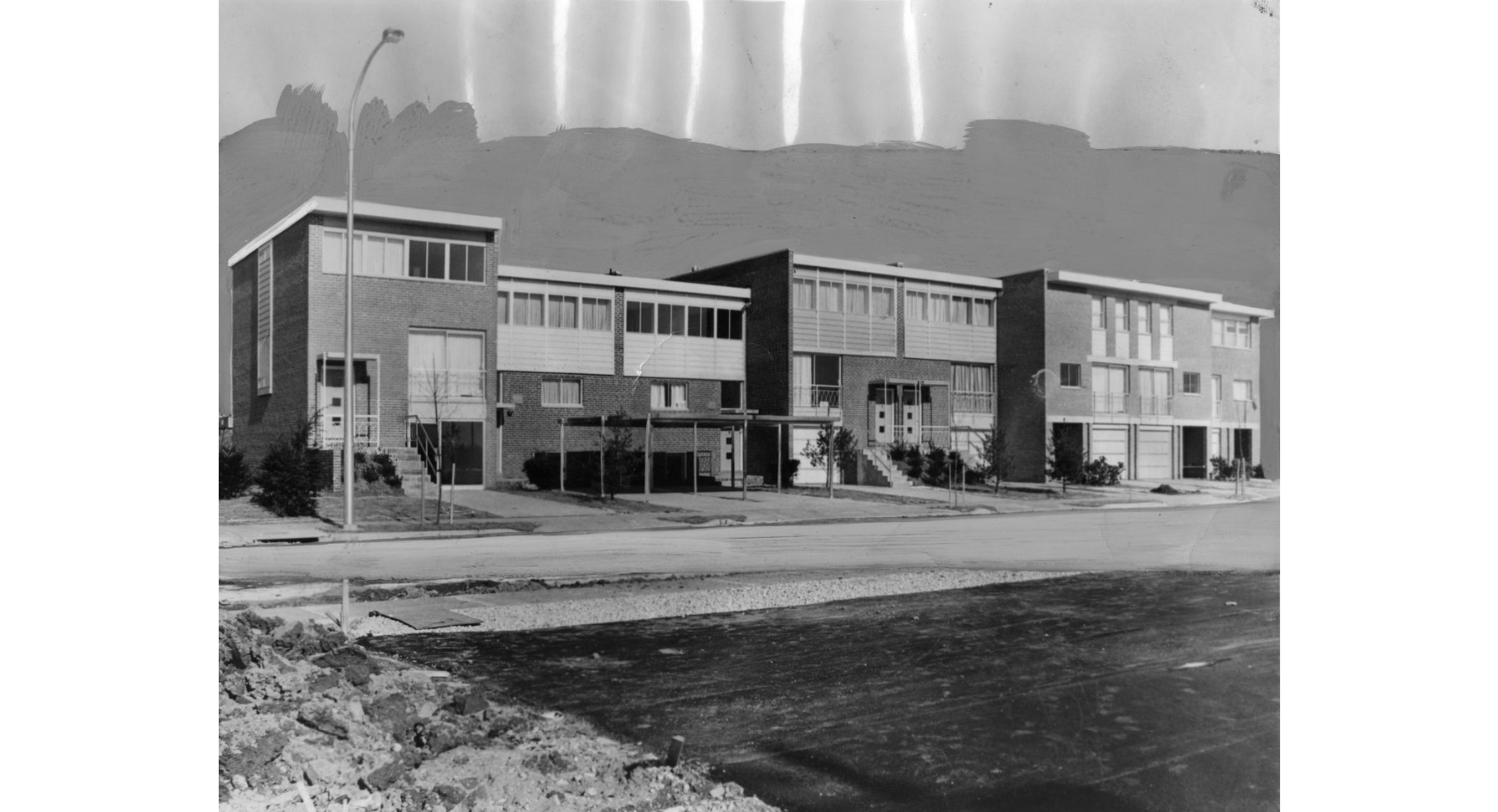 At the Rowhouse City Symposium October 7-8, 2022, co-oragnized by the Weitzman School Graduate Program in Historic Presrvation, Frank Matero introduced the proceedings with notes on the historical context of the rowhouse's origins in Philadelphia and recent adaptations.

Philadelphia, well-known as ‘First City’ for its many national firsts, was also known by its self-proclaimed title of “City of Homes” by the early 20th century, due to its proliferation of rowhouses, many owner-occupied. From the city’s earliest development, the rowhouse would become the most effective and tenacious instrument of settler colonialism as forecast in Benjamin West’s depiction of Penn’s Treaty with the Indians. At the height of Philadelphia’s greatest economic prosperity during the last half of the 19th century (1863–1893), this efficient and affordable form of housing became commonplace and ubiquitous, built at a rate of nearly ten per day, giving rise to Philadelphia as the “Home City” in 1908 (Fig. 1). Like the building blocks of DNA, the rowhouse and its many variants created Philadelphia’s genetic fingerprint, developing an urban morphology quite unlike any other city in America, both in scale and variety, and certainly different from its equivalent in other eastern cities like New York or Boston.

City officials held the rowhouse so emblematic that they proudly sent one to represent Philadelphia at the Columbian Exposition in 1893 (Fig. 2). This “Model Philadelphia or Workingman’s House” was the most common and ubiquitous of Philadelphia’s housing types. In the words of architectural historian George Thomas, the rowhouse was, “the quintessential object of Industrial Philadelphia.” Yet while hiding in plain sight, one out of every ten homes in Philadelphia sits vacant and according to the City’s Department of Licenses and Inspections, over 500 come down every year--more than one a day. The majority if not all of these are rowhouses.  Yet the rowhouse has proven to be remarkably resilient-evolving in plan and elevation over time by anonymous builders and developers and reinterpreted by well-know architects like IM Pei in Society Hill and Konstantinos Doxiadis in New Eastwick (Fig. 3). That process continues today with the new imperative of sustainability.

This year’s Historic Preservation Symposium "Rowhouse City: History and Adaptation in Philadelphia" afforded an opportunity to discuss, debate, and celebrate the rowhouse and its influence on the form, fabric, and communities in the city that made them famous and beyond.  Historians, architects, planners, engineers, builders, preservationists, and others came together to reckon with the Philadelphia rowhouse, its past, its present, and its future.