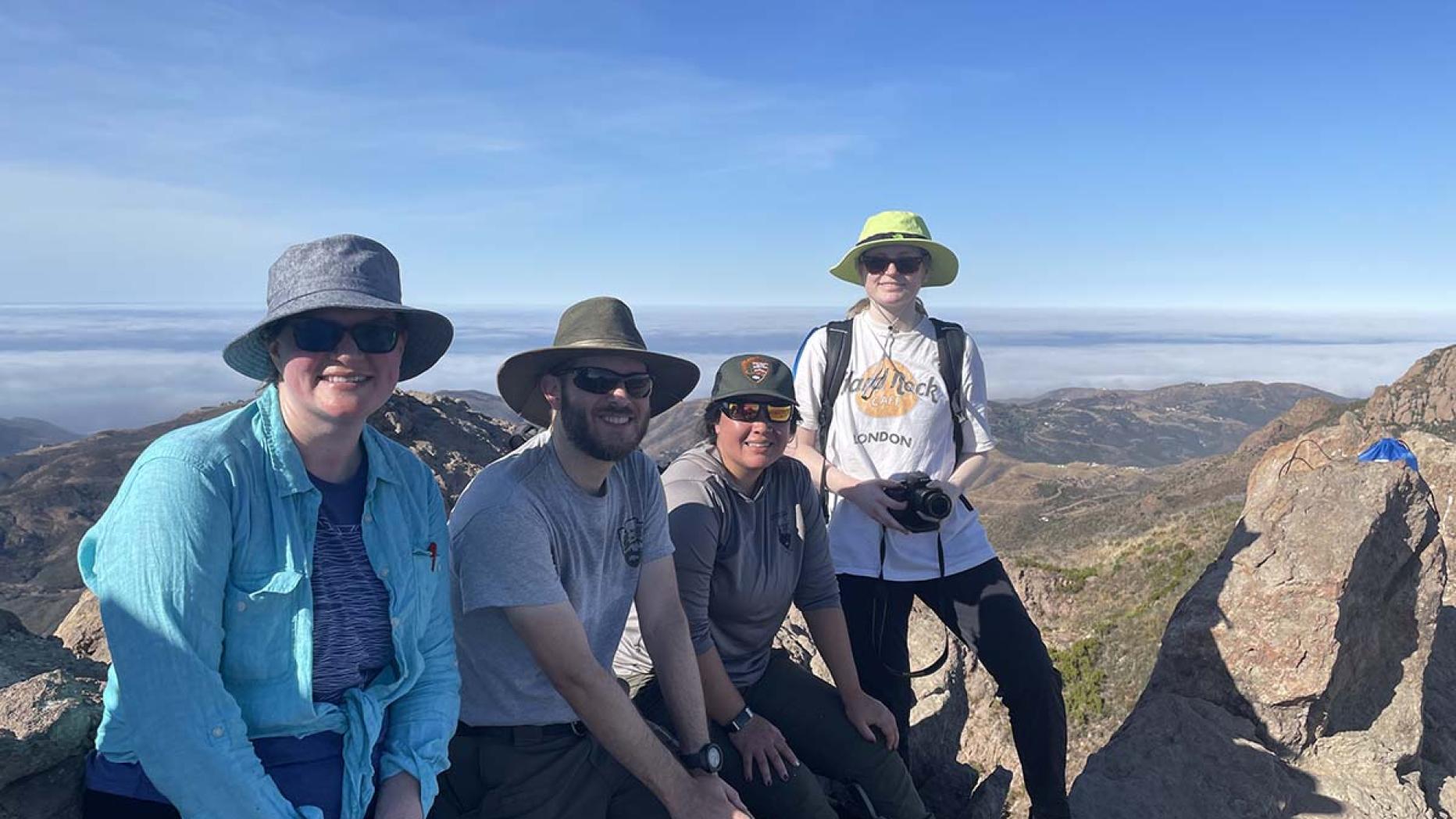 Viewpoint from Sandstone Peak in the Santa Monica Mountains above Malibu with the Pacific Ocean visible, taken during a hike to the Sandstone Peak and Mishe Mokwa Trails. 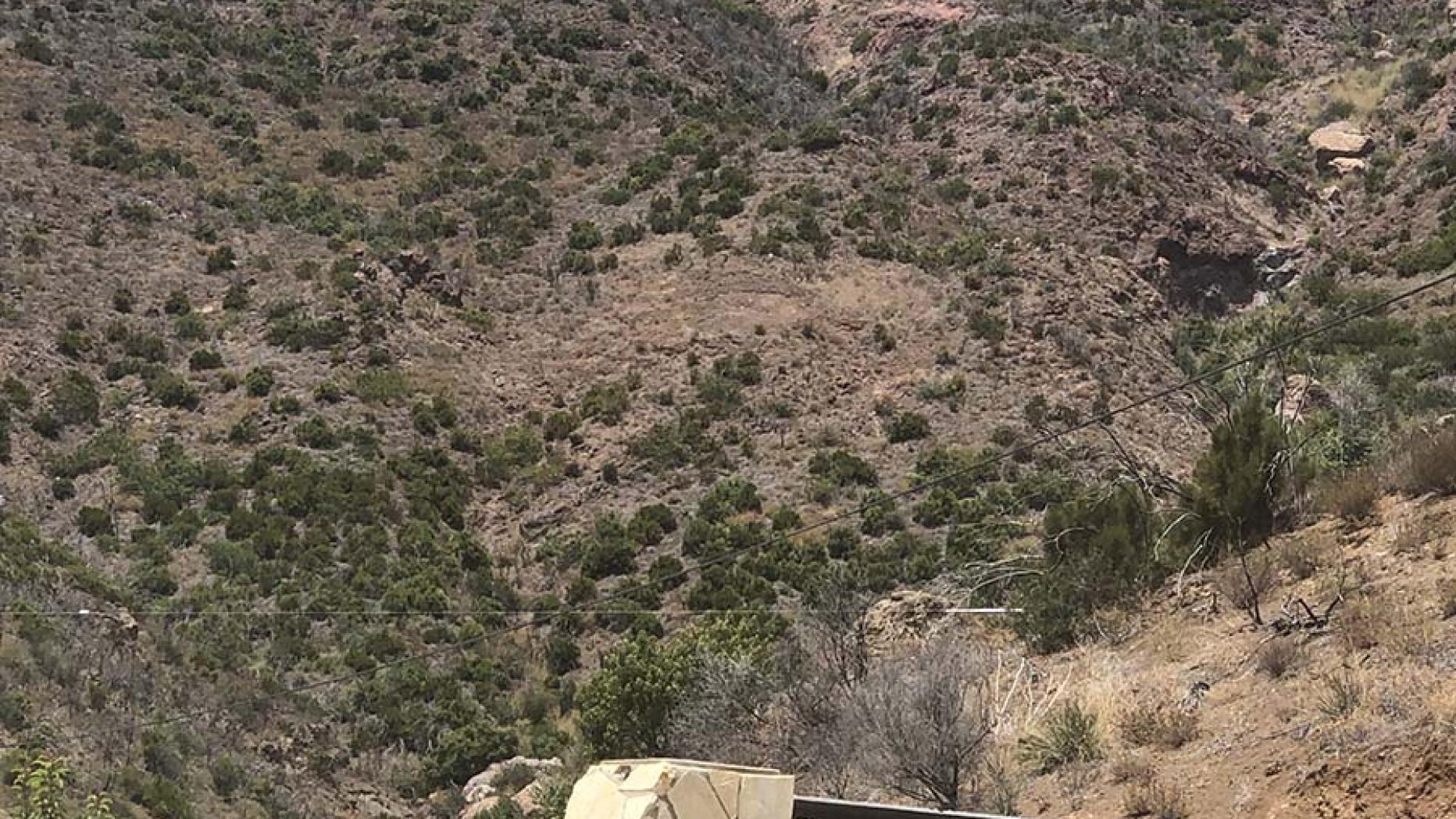 The entrance to Circle X Ranch in the Santa Monica Mountain National Recreation Area above Malibu, where we were hired to evaluate a trail for historic resources.

Viewpoint from Sandstone Peak in the Santa Monica Mountains above Malibu with the Pacific Ocean visible, taken during a hike to the Sandstone Peak and Mishe Mokwa Trails.

The entrance to Circle X Ranch in the Santa Monica Mountain National Recreation Area above Malibu, where we were hired to evaluate a trail for historic resources.

This summer, I interned for Groundwork Planning and Preservation, which is run by Gretchen Hilyard Boyce, alumni of the HSPV program. Groundwork is based in the San Francisco Bay Area. My work as an intern was mostly remote and therefore allowed me to travel and live in various places throughout the summer. That being said, I chose to relocate to the Bay Area for the majority of the summer to take advantage of potential in-person connections and proximity to the projects I would be working on. My projects/tasks throughout the internship varied in scope and location but included a lot of deed and ancestry research along with historic photograph and context research online or in-person at local archives and libraries in San Francisco. For example, my first few projects included assisting in the completion of HRE forms for private property owners of historic residences in San Francisco’s Pacific Heights and Sea Cliff neighborhoods, which required archive research at the San Francisco Public Library and permit retrieval from the Department of Building Inspection. In the second half of the internship beginning around July 18, I also assisted in a large Section 106 compliance project in which our client was the National Park Service and the Santa Monica Mountains Conservancy. This project involved travelling by plane to the Malibu area of Los Angeles, where Gretchen and I stayed in a hotel for five days in Thousand Oaks. We were hired to evaluate the Mishe Mokwa trail in the former historic Circle X Ranch of the Santa Monica Mountains National Recreation Area above Malibu for potential historic resources in order for the NPS to proceed with trail renovations. The evaluation and documentation involved a 7-mile hike and utilization of digital photography and mapping/documentation techniques on my part. The project is still ongoing and will be submitted in September. I am currently drafting historic context statements and producing GIS maps to be included in the DOE form that will be submitted to the client and SHPO.

All of my courses taken thus far were useful in some capacity, but the courses that were most applicable to this internship were HSPV 600, particularly writing context statements, researching deeds, ancestry, and social history, along with techniques learned in Recording on DSLR photography and using Adobe Photoshop layering and mapping in Google Earth. I also found connections to Preservation Law and Preservation Through Public Policy, in the knowledge of Section 106 and National Park Service and federal/state administrative procedures.

Throughout the internship, I learned many valuable insights into the preservation planning field specific to San Francisco and California. I learned the step-by-step process of completing a “HRE” or Historic Resources Evaluation form to comply with San Francisco Planning and CEQA policy, and DOE or “Determination of Eligibility” forms for federal projects. I also learned about policies and methodology of cultural landscape documentation and recording, specifically how to approach documentation of a trail in a remote setting as opposed to an architectural resource within a city.

My boss Gretchen did an incredible job of facilitating professional development throughout the internship. She has an extensive network and has worked in a variety of planning and preservation firms in the Bay Area, which is where I am hoping to relocate after graduation. Gretchen has worked for SF Planning along with firms such as Page and Turnbull and ICF in San Francisco, and also had many other connections to planners in other cities and firms. I was introduced to connections from these planning and preservation firms in San Francisco, along with city planning connections from the City of West Hollywood during our travel week in the Los Angeles area.

Thank you to Gretchen for a great internship and creating many invaluable opportunities this summer!