Back in February, South Whitehall, a small township on the outskirts of Allentown that was incorporated in 1810, hired PennPraxis to formulate a series of design ideas for improving its streetscapes and prominent public places.

The problem, says PennPraxis Executive Director Ellen Neises, was that a lot of developers were building in South Whitehall the same way they were accustomed to building elsewhere, with nondescript strip malls, cookie-cutter houses, planned developments treated like private enclaves, with everything facing inward. Leaders involved in parks and planning in South Whitehall were looking for a way to turn the trend around.

“A place that used to be so distinctive is quickly becoming suburbanized,” Neises says.

In July, PennPraxis and a group of seven interns took its preliminary ideas for five sites to the public. To get neighbors involved, they organized a free screening the popular film Despicable Me 3—Chris Renaud, one of the creators of the series, graduated from the local high school—in an underutilized soccer field before showing their plans. In addition to streetscape improvements—making the town feel more active and walkable rather than a series of developments to be driven between—PennPraxis had also been asked to rethink some parks, including the site for the movie night, called Vistas Park.

“They asked us to redesign the park, and part of the idea of that park was to demonstrate to developers that if you want to build in this township, you’re going to need to do better. And here’s an example of what you should be doing,” Neises says.

In the beginning, all seven interns were working on all five sites, but eventually they narrowed their focus. Margarida Mota, who’s expecting to graduate with a dual master’s degree in Architecture and Landscape Architecture in 2019, spent most of her time thinking about Vistas Park. The park consists of little more than a few soccer and field hockey fields in the middle of a planned development, and is hardly used, Mota says. After meeting with the community, the team started working on a few different concepts for improving it. One concept involved improving the greenery—“It’s this seven-acre park, but there’s not even one single tree,” Mota says—another involved encouraging more social interaction, and a third was focused on creating more opportunities to play.

The public meetings weren’t very well attended, Mota says, but after the township sent around a survey, the team began to zero in on the “play” concept: Big slides, swings, and sandboxes.

“From that feedback, we really went toward this concept called The Big Backyard,” Mota says. “Basically everything you see in a family’s backyard, but a larger size.”

The team also thought a lot about how to reestablish some of the natural features of the landscape, says Joshua Ketchum (MArch/MLA’20), a PennPraxis intern, and how to make the streetscapes more active. Ketchum split his time between the Vistas Park project and another focused on creating a “gateway” at the intersection of where a 750-unit development is planned. The surrounding streets are lined with big parking lots for adjacent offices. Ketchum thought it should be relined with giant trees, but of course, because of practical and budgetary considerations, you can’t go installing fully grown trees on a corridor like that.

Intern Linghui Liao (MLA’19) says that Walbert Avenue is used mostly as a driveway into Allentown, and suffers from lack of identity, local retail, and walkable space. Focusing on four sites along Walbert Avenue, she proposed establishing a “string of villages” that could be connected with sidewalks and alternate street right-of-way patterns. That proposal in particular would be tricky to execute, she admits, requiring negotiations with property owners.

But thinking about how the environment could be reimagined in ways that developers are unlikely to carry out on their own was the point of the exercise. Neises says the early presentations were well-received, and the town’s planning leaders are committed to carrying out major public improvements. As one show of their satisfaction, the township doubled the original budget it had allotted to PennPraxis for the design work.

“In a way, we’re doing these sites and they serve as examples for what the whole city could do,” says Ketchum. “The one thing you can’t do is go back in time and stop strip malls and suburbs from being developed. So it’s just a way to look forward now, from where we are.” 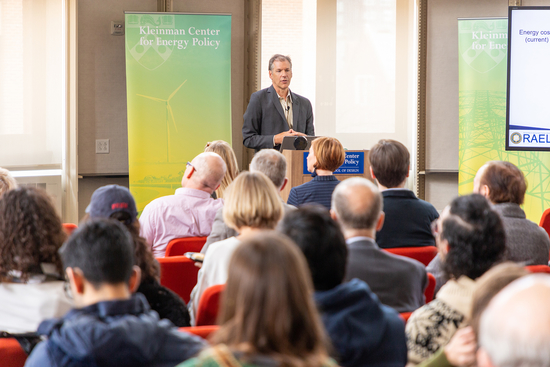