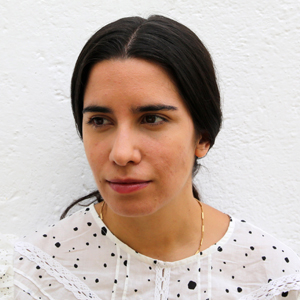 Emmanuela Soria Ruiz is a multidisciplinary artist and educator based in Philadelphia. She has taught drawing, sculpture and filmmaking with different organizations in New York City such as the Center for Urban Pedagogy, the Cooper Union Pre-College Program, Queens Council on the Arts and PS 84, and was a teaching artist fellow with Community Word Project. In Fall 2019 she was a video lecturer at the Weitzman School of Design at the University of Pennsylvania. Originally from Spain, she moved to New York where she attended the Cooper Union for her BFA. She received a Sachs Innovation Grant for her project Stages of Learning, co-led with Emilio Martinez Poppe. Her work has been exhibited at multiple venues in New York, Los Angeles, Philadelphia, Berlin, Marrakech and Granada. She has been a resident at the American Academy in Rome, the Performance Intensive in Philadelphia, the Cervantes Institute in Marrakech, Arts Letters and Numbers in Albany, and will take part in the School of Making and Thinking. She has been awarded travel fellowships by the Menschel Fellowship at the Cooper Union and the Manuel Rivera foundation in Granada, Spain. In 2020, she obtained her MFA at the University of Pennsylvania.