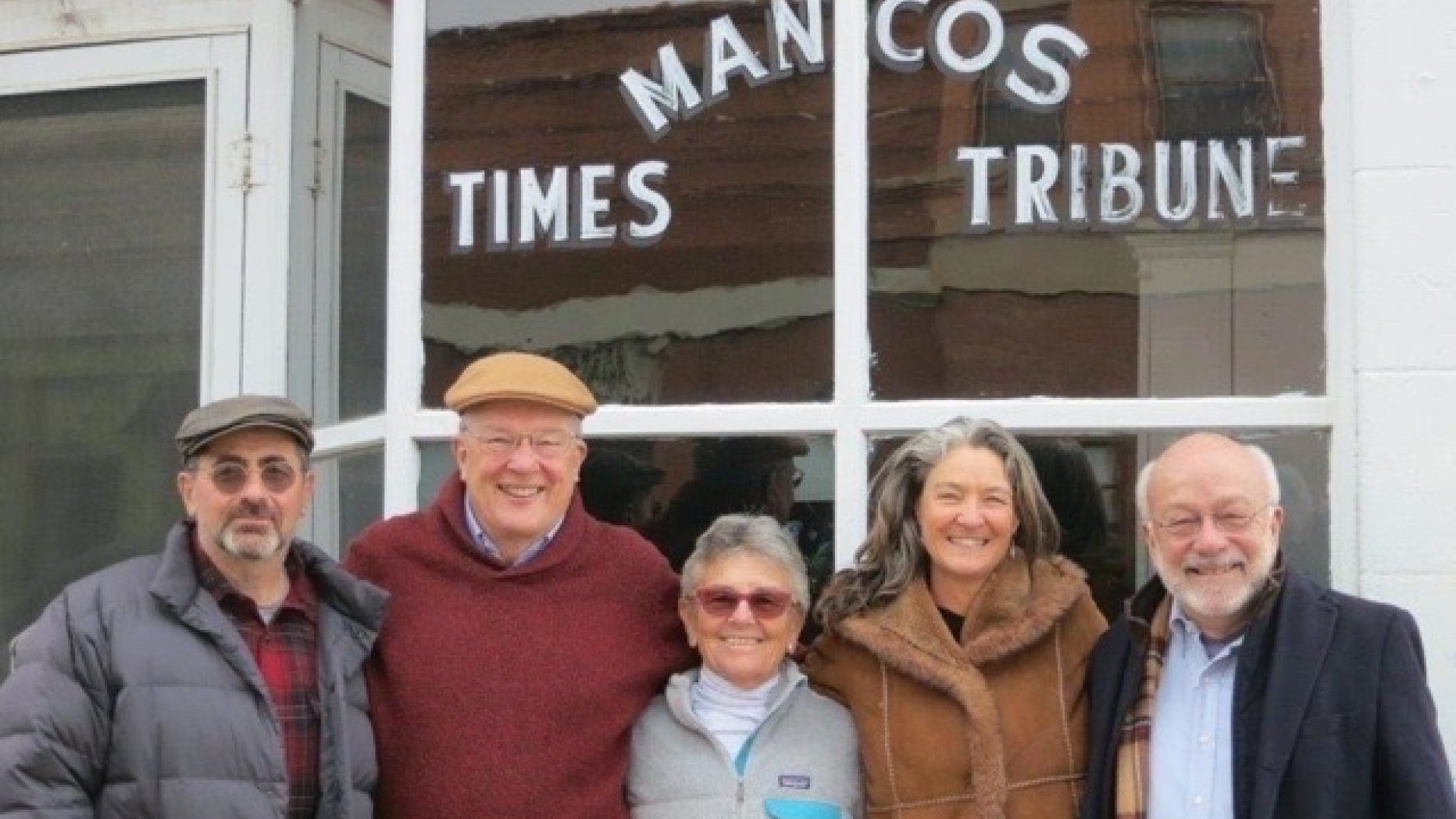 PennDesign's Frank Matero (left) and the Mancos Common Press board 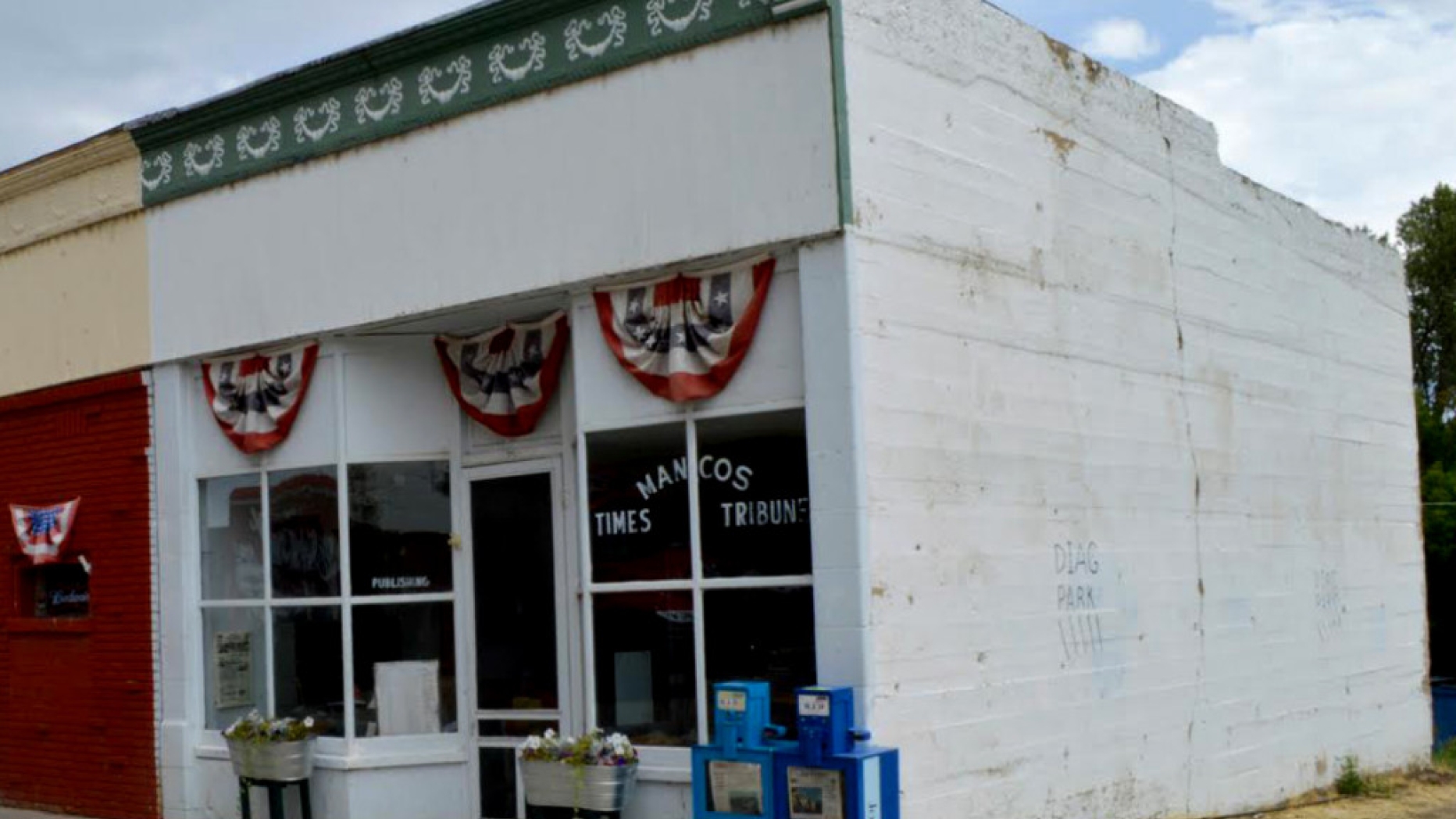 Exterior of the Mancos Times Tribune building, constructed in 1911 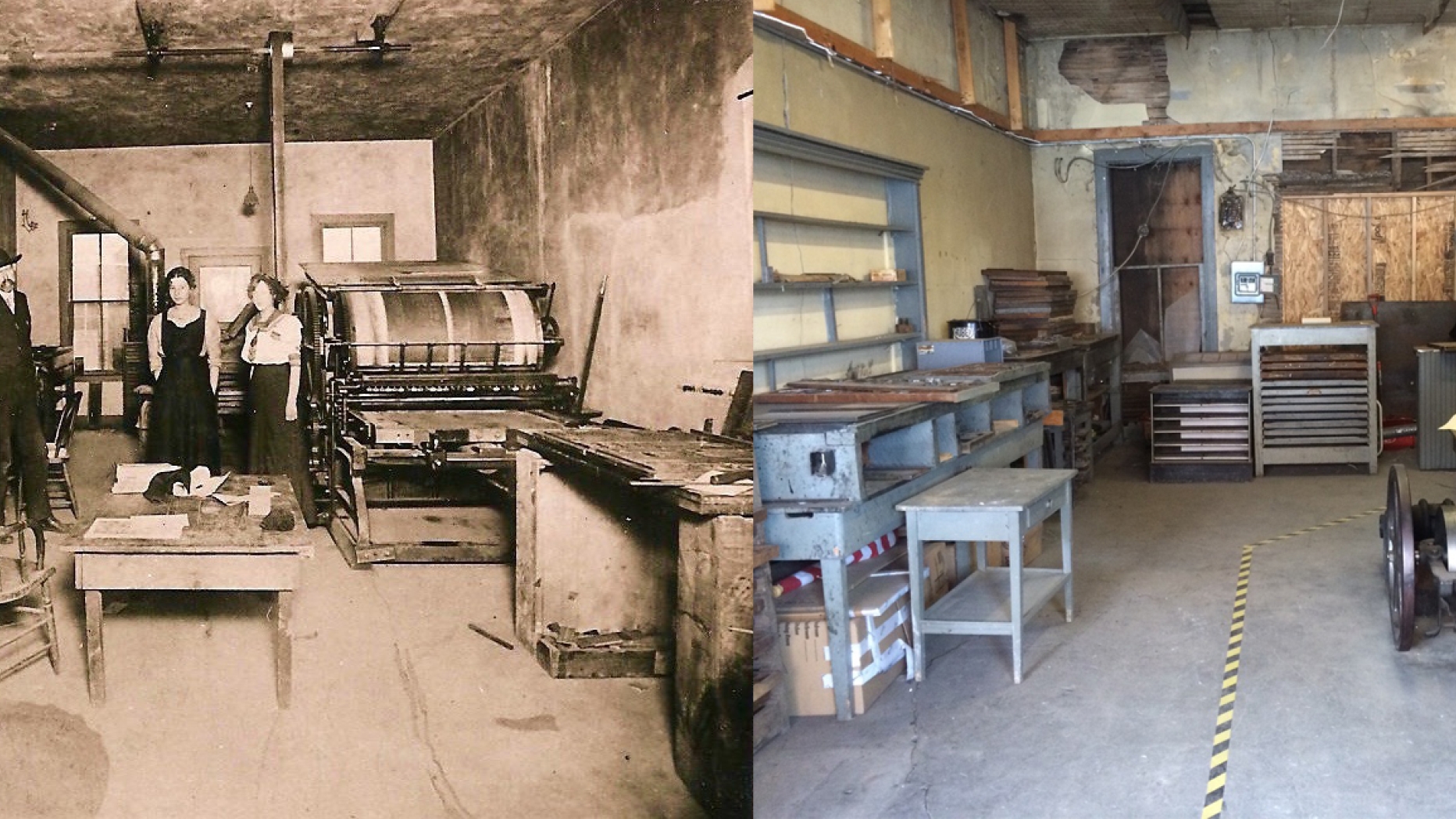 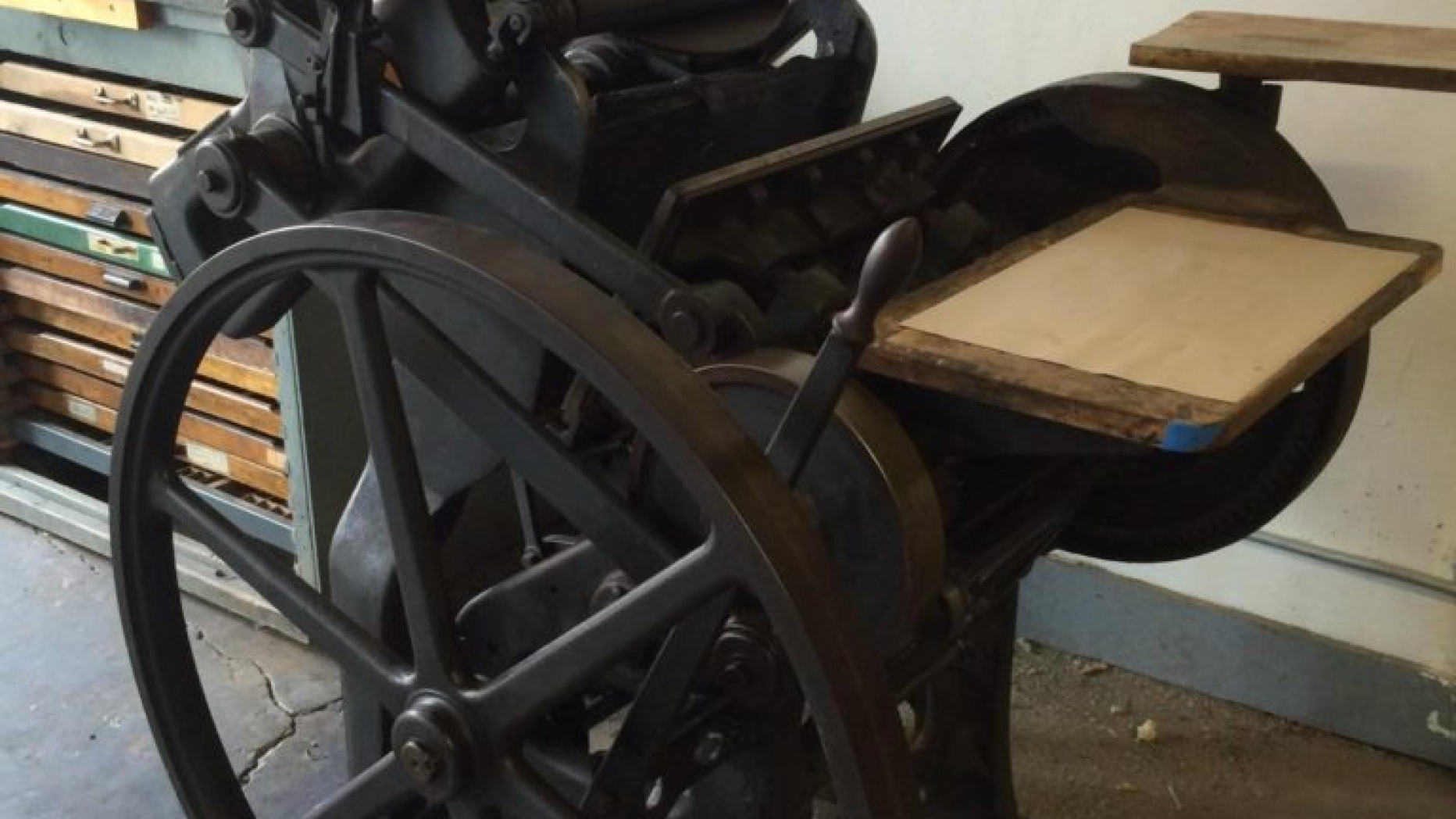 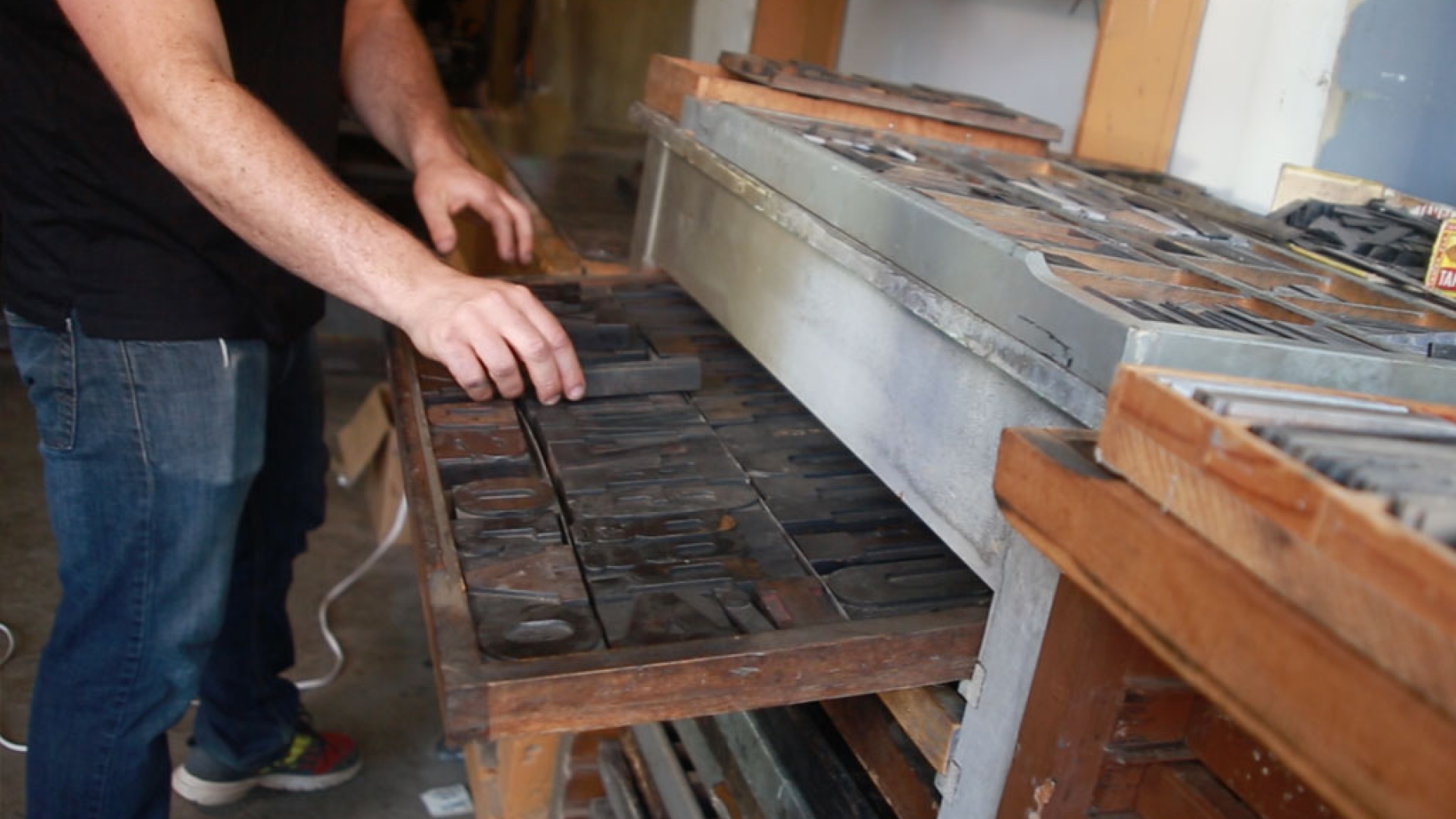 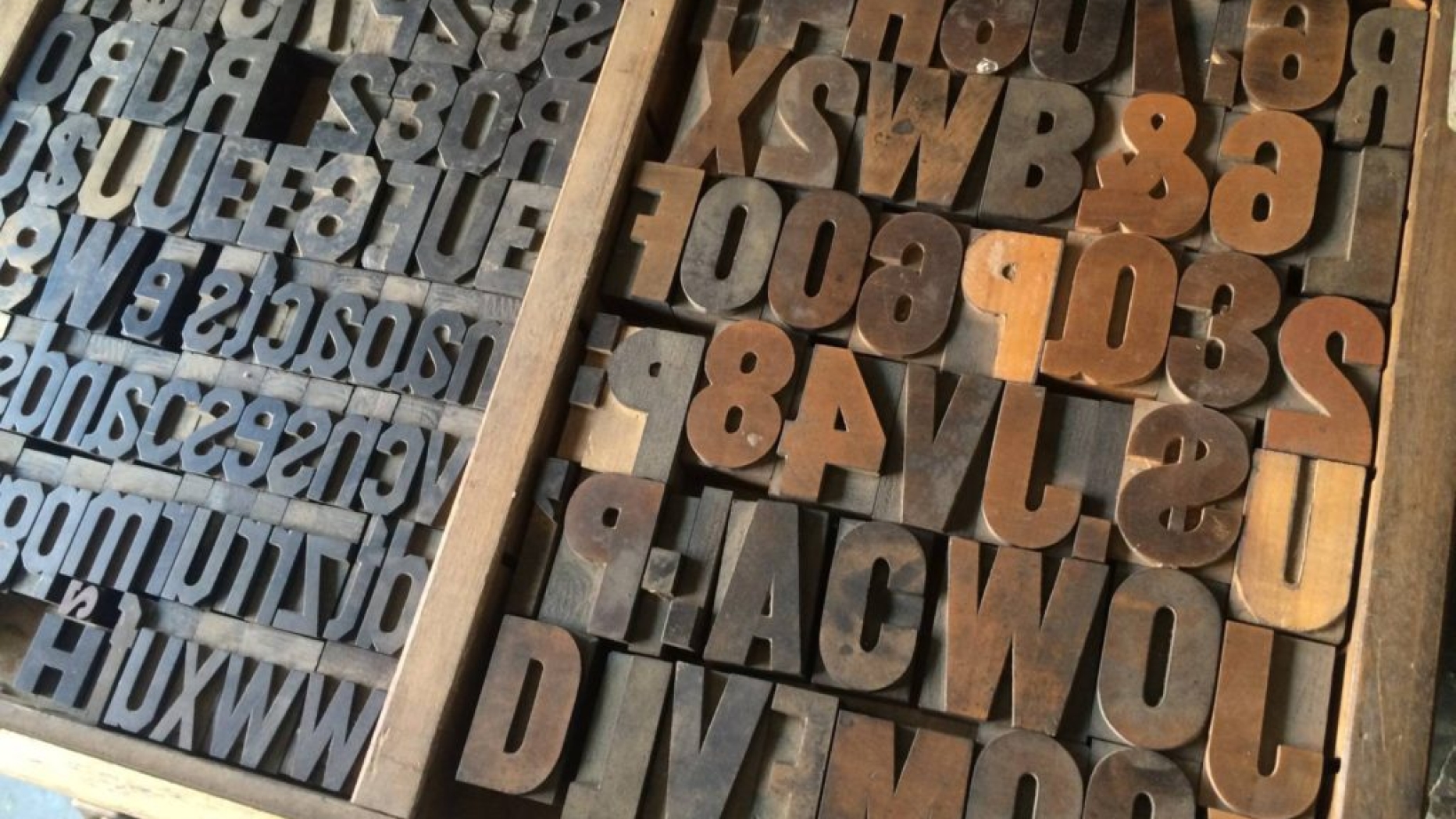 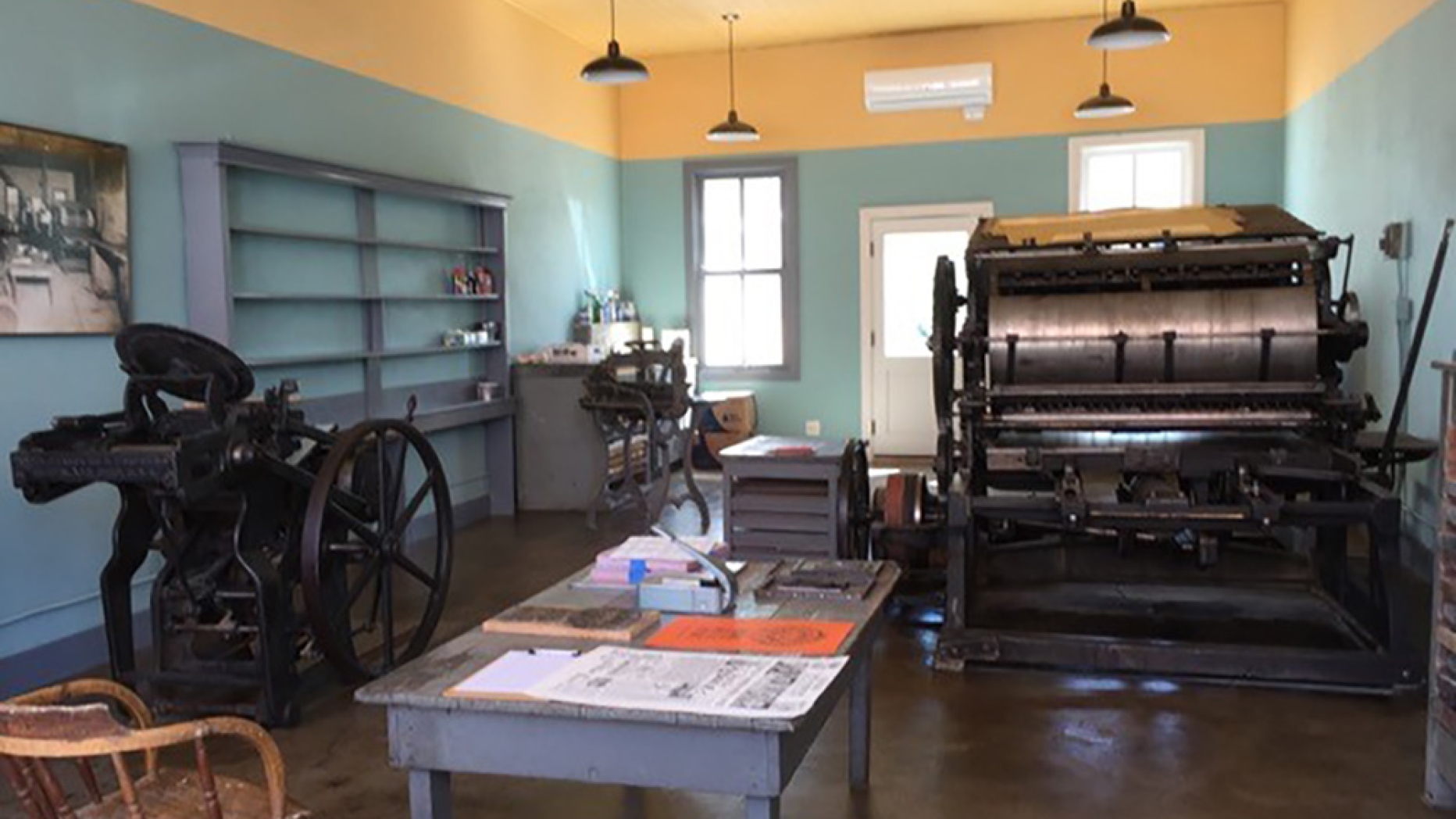 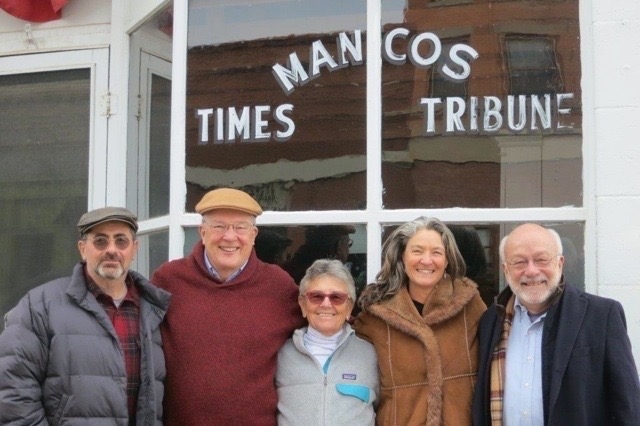 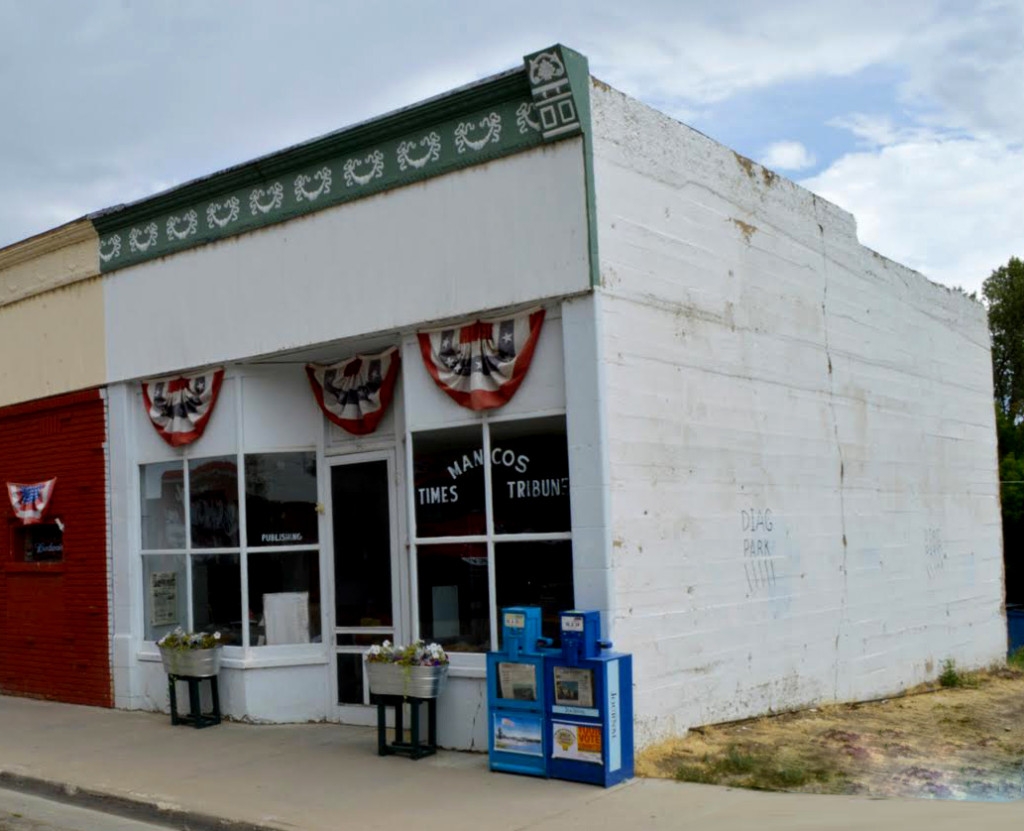 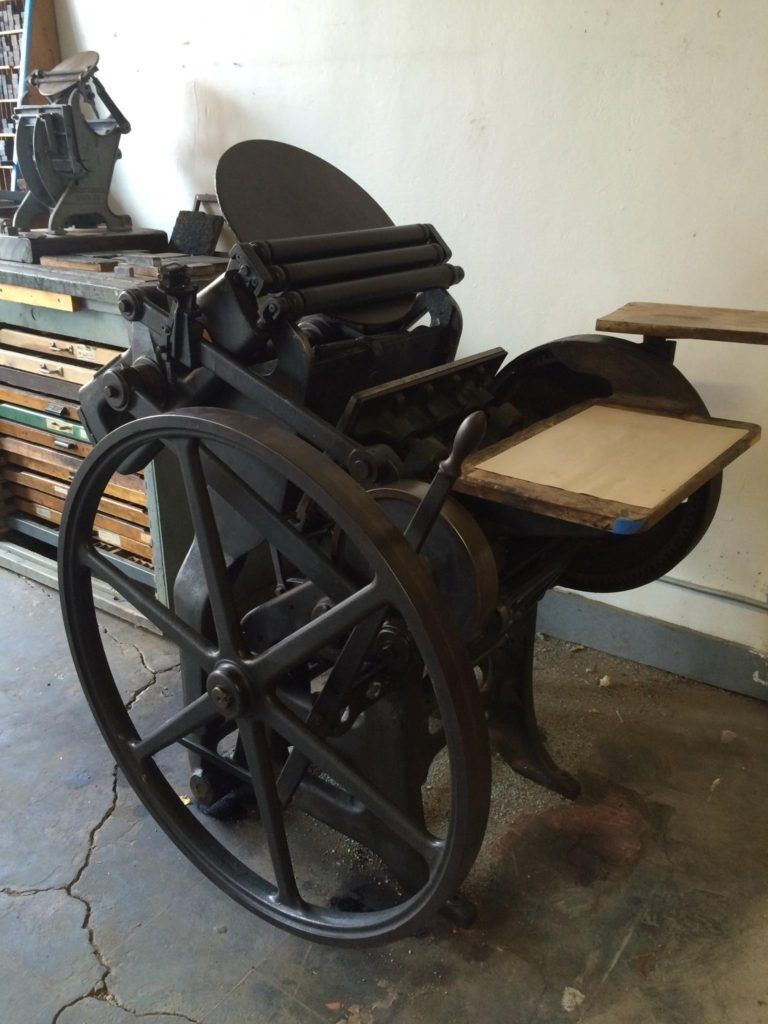 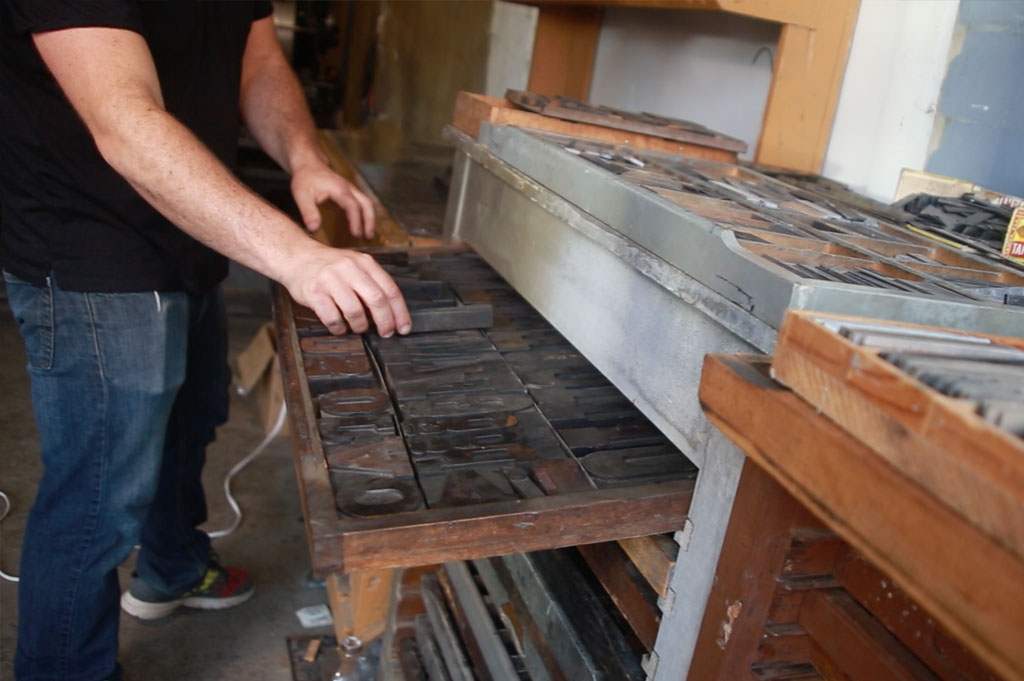 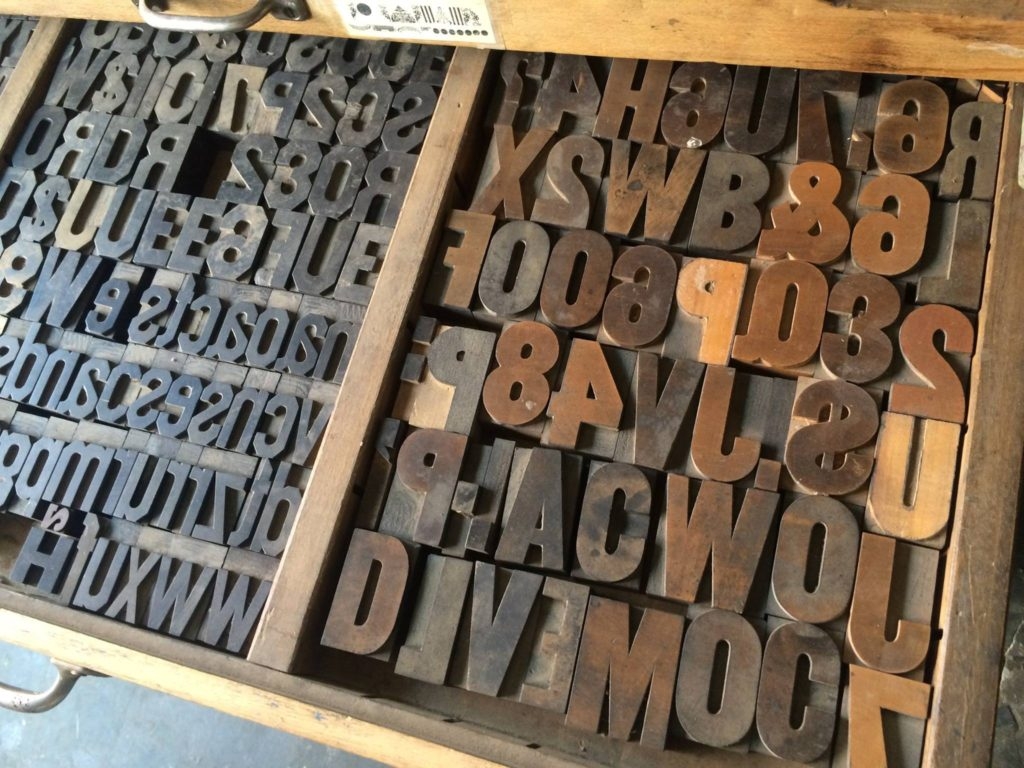 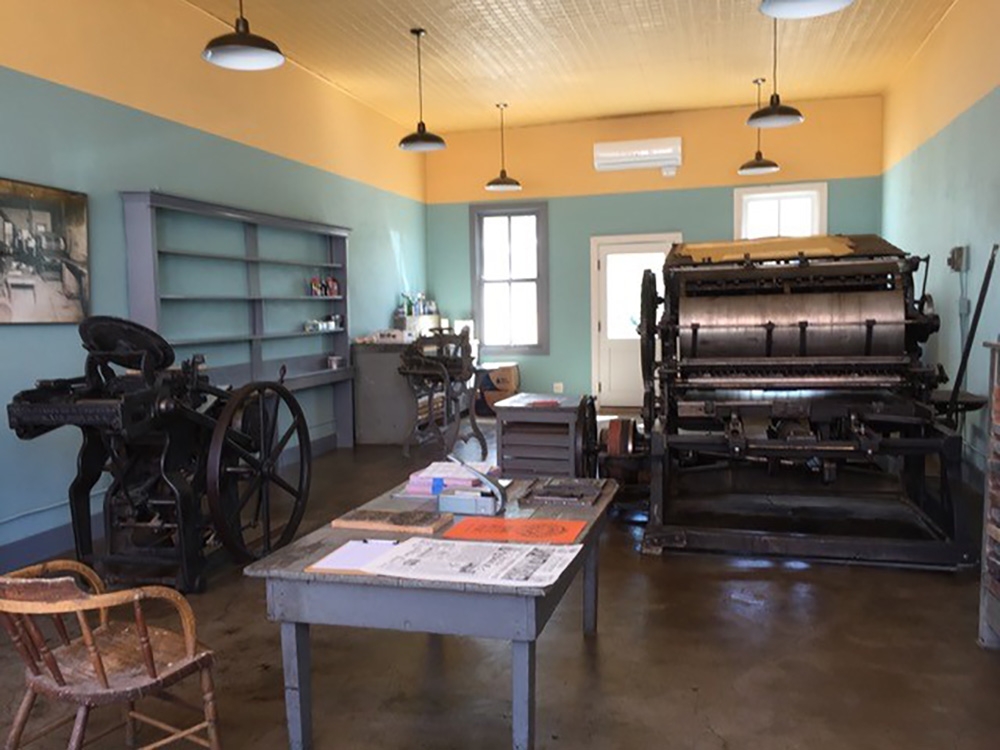 PennDesign's Frank Matero (left) and the Mancos Common Press board

Exterior of the Mancos Times Tribune building, constructed in 1911

Frank Matero, professor of Architecture and chair of the Graduate Program in Historic Preservation, and Matt Neff, director of the undergraduate fine arts program and former director of the Common Press at Penn, are key partners in an effort to preserve and revitalize the historic Mancos Times building in Mancos, Colorado.

Mancos, a small town in the southwestern corner of Colorado, is the gateway to Mesa Verde and the home of one of Colorado’s oldest newspapers, The Mancos Times¸ which was founded in 1893. In 1910, the newspaper enlarged to become The Mancos Times-Tribune and moved to a new home on Grand Avenue, where it served as an office and printing shop until the 1970s, when the newspaper transitioned to digital production in Durango, Colorado. Today, the Mancos building remains completely intact, with large glazed windows and an ornamental metal façade on the exterior. Its original interior includes a rare American Cranston printing press, typesetter’s benches, boxes of metal type and image blocks, and a complete archive of original newspapers from 1910-2010.

The significance of the Mancos Times building owes in large part to the survival of its architecture and contents, and its dedicated use as a newspaper office and print shop for over 100 years. Such situations are rare in general, and especially for commercial property. Although once ubiquitous across the United States, newspaper offices and print shops have been disassembled, their presses silenced and sold for scrap, and their contents dispersed. Even more significantly, the many men and women who labored there as skilled typesetters have long retired, leaving an increasing void in the first-hand knowledge of the newsprinter’s craft.

Since 2013, however, local partners in Mancos have teamed up with Matero and Neff and other experts from PennDesign. They’ve joined forces to create a unique opportunity for both the town of Mancos and PennDesign, home of The Common Press, a letterpress printing studio inspired by Benjamin Franklin and Philadelphia’s dominance in printing for more than two centuries. The Common Press was founded in 2006 to support the teaching of graphic design and fine arts at PennDesign and to promote and revitalize the role of traditional processes in contemporary print culture. The Mancos Times project is therefore a valuable partnership not only for the local stakeholders in Colorado, but also for faculty and students at PennDesign. Together, the team is establishing a center dedicated to the printer’s art, while restoring and reusing the historic building as a new facility for students and graphic artists to live and work in Mancos.

Thanks to input from PennDesign’s Center for Architectural Conservation and local contractors, the interior and exterior and exterior of the building have already been meticulously restored. Graduate student Samuel Loos documented a full history of its design, construction, and preservation technology for his thesis. The ornamental pressed metal ceiling has been carefully photographed, numbered, and temporarily taken down so that modern heating and ventilation could be installed; it has since been reinstated. Missing and damaged areas have been infilled with replica plastic pieces made at PennDesign’s Fabrication Lab using modern vacu-form technology, a new technique spearheaded by CAC Supervising Conservator John Hinchman. The back wall, which had been significantly altered, was recreated from a rare 1911 photograph, and PennDesign’s Courtney Magill carefully sampled and analyzed the exterior and interior paints. The space once again sings with its sky blue walls, yellow ceiling and frieze, and gunmetal grey woodwork. Thanks to Neff and others, the rare Cranston press is now back to working order and ready for another century of use.

Three additional programs are in the works for this revitalized space: an artist-in-residence program; studio courses in relief printmaking; and the use of the Mancos Common Press as a community art center. As the town continues to promote itself as an arts community and tourist destination (especially given its proximity to Mesa Verde), this new enterprise contributes to the local and regional development of arts education, promotes cultural tourism, and revitalizes a key historic building.

By focusing on the preservation of the building as the catalyst for change, PennDesign faculty and students understood the power that even everyday places can have on local identity, and the pride that comes with its recognition. The restoration process has showcased “best practices” of technical preservation, and the project’s mission hopes to rekindle renewed interest in the restoration and rehabilitation of the town’s commercial core.