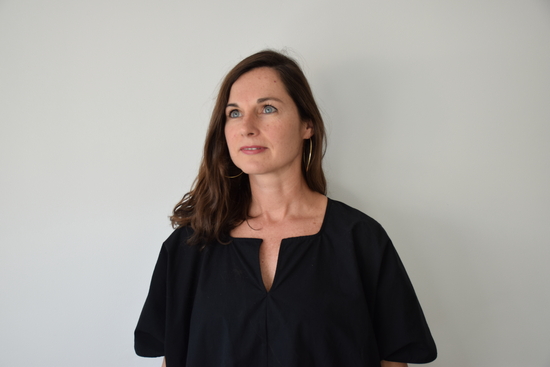 Florencia Pita is the principal of the Los Angeles based design office Florencia Pita & Co., a creative platform dedicated to exploring architecture's multiple capacities, from the elements of the domestic environment to the objects that comprise the urban landscape. Since 2005 Florencia Pita has developed projects in a wide variety of mediums and scales, from product design and exhibition design to building, retail and landscape design. The driving ideas behind Pita’s projects are based on her relentless use of color in architecture and the quest for novel, yet familiar forms.

Pita graduated in 1998 from the National University of Rosario in Argentina, with a licensure degree. In 1999 she was awarded the 2000 Fulbright-Fondo Nacional de las Artes Scholarship to pursue studies at Columbia University and in 2001 she received her Master's Degree from the MSAAD Program at Columbia University. Pita's work experience includes the offices of Greg Lynn FORM and Gehry Partners in Los Angeles, Eisenman Architects and Asymptote in New York City. Her independent projects have been part of several museum collections, such as MoMA, MAK Vienna, and the Art Institute of Chicago, among others, and have been recognized through several publications and awards. In 2016 she was featured in the U.S. Pavilion at the 2016 Venice Architecture Biennale. Pita has been a guest professor at architecture schools throughout the United states and Europe, in 2018 she was the Louis I. Khan Visiting Assistant Professor of Architectural Design at Yale’s School of Architecture and in 2019 she was Visiting Faculty at Princeton University School of Architecture. She currently teaches Design Studios and Visual Studies courses at the Southern California Institute of Architecture in Los Angeles and since 2016 she holds a Visiting Professorship appointment at the University of Pennsylvania’s Weitzman School of Design. Her upcoming monograph featuring her body of work will be published in the Fall of 2021