Celebrating the Next Generation of Design Leaders

Talking candidly, Simon Kim often tells his students that it’s not all that difficult to be good.

“In fact, so many people are good,” he says. “But it takes a tremendous amount of effort to be great.”

Kim, an associate professor of architecture who teaches in the graduate program at PennDesign, knows a rising star when he sees one. Alexandra Adamski, he insists, is worthy of the title.

“There are some students who will be willing to go those extra lengths,” he says. “For Alexandra, her choices are that she always wants to excel.”

A mix of passion and ambition—and a phenomenal portfolio—earned Adamski, a third-year Master of Architecture student, the inaugural $50,000 Kanter Tritsch Prize in Energy and Architectural Innovation, funded by PennDesign alumna Lori Kanter Tritsch and Wharton alumnus William P. Lauder. Adamski will accept the honor at the PennDesign Awards in New York City on Monday, October 15, kicking off the School’s Lead by Design fundraising campaign.

Humble indeed, Adamski, a first-generation student from Nazareth, Pennsylvania, recalls being completely surprised when she found out she’d won: “I thought, ‘That’s not right, that can’t be it,’” she says, laughing. “I was so overwhelmed.”

Noting it as a “life-changing” award, Adamski says it won’t only impact her financial situation, but also her creativity and professional plans upon graduation this upcoming May.

“It relieves the financial burden in the last year in such a way that I can really focus on studio and focus on my studies, and when I start my career after graduation I can be open to more possibilities,” Adamski says. “It’s opened a lot of doors for me.”

“I like to think about design in its capacity to improve the human experience throughout different spatial and formal moments.”

Winka Dubbeldam, the Miller Professor and Chair of Architecture, says the selection process for the Kanter Tritsch Prize was not an easy one, given the high caliber of student work at PennDesign.

“After long deliberations, the jury found that Alexandra’s submission was the most complete in all aspects,” Dubbeldam says. “Not only was her work exceptional, she also had a very good presentation of her work and a great portfolio design.”

Exhibiting her portfolio in such a clear, mindfully designed way was all part of Adamski’s plan to catch viewers’ attention.

“I tried to present it in a cohesive way that was easy to understand the work even if I wasn’t there to talk about it,” Adamski says. “I spent a lot of time focusing on writing, too, while I was laying out the portfolio, thinking about the work and how I best wanted to represent it.”

A lot of Adamski’s work at PennDesign has dealt with intersections of cultural and social spaces. Whether it’s designing a gallery space in Manitoga, New York, a library in Philadelphia, or a residential and culture share building in New York City, she says, “I like to think about design in its capacity to improve the human experience throughout different spatial and formal moments."

Not only is Adamski detail-oriented—cutting corners has never been an option for her—she’s also open to experimentation, says Kim.

“She’s very brave in that regard,” he says. “In my studio last year, she and her partner [student Logan Weaver] took on a lot of ambitious design agendas, such as nonhuman agency architecture that exhibits behavior. They produced compelling work.”

For Adamski, architecture meshes all of her favorite things: design, art, geometry, physics, and sustainability. Her passion for the field—even though it’s been vastly underrepresented by women—is palpable; it’s something she’s always wanted to do.

After school, Adamski hopes to pursue her licensure as an architect within three to five years, finding a firm with work that’s “really exciting and that offers varied experiences,” she says, “and fosters and encourages its younger employees and emerging architects to grow and learn as much as possible.”

Adamski also hopes to land at a firm that’s focused on sustainable architecture and innovative design—aspects she’s had significant exposure to while at Penn.

“What stood out to me the most at Penn was its really innovative program,” Adamski says. “They are pushing the boundaries of design, and teaching us to be leaders and to think critically about how our architecture and our designs will affect the world when we graduate.” 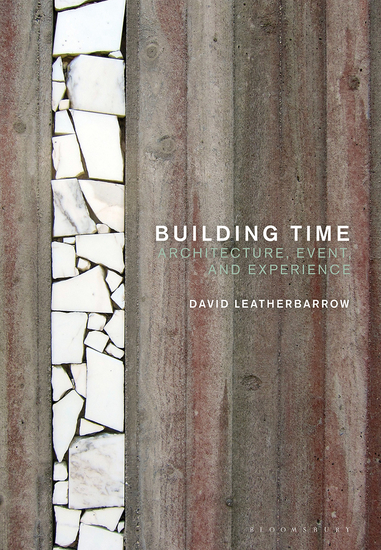 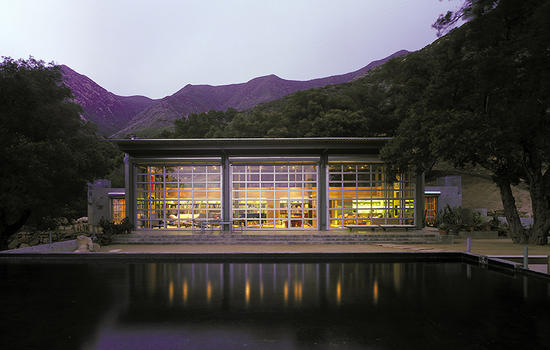 The “Cold Tube” pavilion (left) during tests in Singapore in January 2019. The structure is able to provide a cool and comfortable outdoor space through the use of radiant cooling (right). (Image credit: photograph: Lea Ruefenacht; diagram: Dorit Aviv and Jiewei Li)