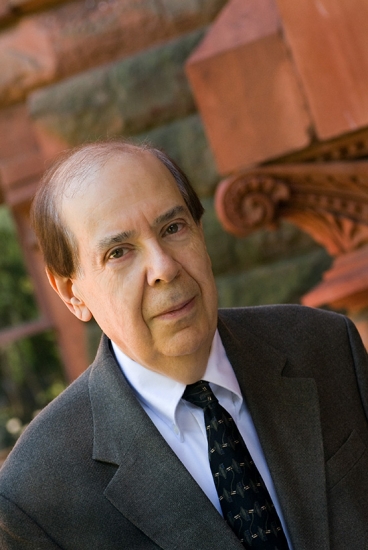 Jonathan Barnett is an emeritus Professor of Practice in City and Regional Planning, and former director of the Urban Design Program, at the University of Pennsylvania. He is an architect and planner as well as an educator, and is the author of numerous books and articles on the theory and practice of city design.

He has been an advisor to the cities of Charleston, SC, Cleveland, Kansas City, Miami, Nashville, New York City, Norfolk, Omaha, and Pittsburgh in the United States and Xiamen and Tianjin in China. He has also been an advisor to several U.S. Government agencies including the National Park Service, the Department of Housing and Urban Development, the National Endowment for the Arts, and the National Capitol Planning Commission.

Jonathan Barnett has been awarded the Dale Prize for Excellence in Urban Design and Regional Planning, the Athena Medal from the Congress for the New Urbanism, and the William H. Whyte Award from the Partners for Livable Communities for being a pioneer in urban design education and practice.

His recent work on large-scale urban development and redevelopment projects includes a 2500 hectare planned community in Cambodia, an urban design plan for the whole city of  Omaha, Nebraska and a transit-oriented design plan for the City of Xiamen in China, as well as a resort plan in Busan, Korea and a plan for the Cumberland riverfront in downtown Nashville. His earlier work includes reuse plans for the Philadelphia Naval Shipyard, the Treasure Island Naval Station in San Francisco, and for the former air force base in Myrtle Beach, South Carolina. He has also helped prepare re-use plans for former railway yards in Philadelphia and Sacramento, California. He has been the urban designer for studies of the Ocean View Avenue corridor in Norfolk, the Highway 111 corridor plan for Indian Wells, California, and the Euclid Corridor transportation plan in Cleveland.

His work on suburban development includes prototypes for the Third Regional Plan for New York; the urban design for Daniel Island, a 4500-acre planned community near Charleston, S.C.; and the master plans for the Village of Irvington (NY), Wildwood (MO); and Brookfield (WI).

Books written by Jonathan Barnett include Urban Design as Public Policy, which has also been translated and published in China, Korea and Japan; Introduction to Urban Design, which has appeared in Chinese and Japanese translations; The Elusive City: Five Centuries of Design, Ambition, and Miscalculation, published by HarperCollins, which also appears in Chinese and Japanese editions; The Fractured Metropolis: Improving the New City, Restoring the Old City, Reshaping the Region; and Redesigning Cities, a book on the current practice of city design, which has also been translated and published in China. He was the editor of the book, Planning for a New Century, based on a seminar with guest lecturers given at the University of Pennsylvania.

His most recent book, published in March 2020 by Island Press, is Designing the Megaregion, Meeting Urban Challenges at a New Scale. With Brian Blaesser he is the author of Reinventing Development Regulations, published by the Lincoln Institute of Land Policy in 2017, and Ecodesign for Cities and Suburbs written with Larry Beasley, the former director of planning in Vancouver, British Columbia. Other recent books include City Design: Modernist, Traditional, Green, and Systems Perspectives, published by Routledge in 2011, with a revised 2nd Routledge edition published in 2016. This book has also been translated and published in China and Korea. He was also the editor of Smart Growth in a Changing World, published by Planners Press in 2007. He contributed a chapter, “Jane Jacobs and Designing Cities as Organized Complexity,” to The Urban Wisdom of Jane Jacobs, Routledge, 2012, a chapter, “Towards a Systems Theory of Urban Design,” to Sustainable Urbanism and Beyond, Rizzoli, 2012, and a chapter to Urban Coding and Planning, Routledge, 2011. Jonathan Barnett also contributed two chapters, "Place Making" and "Omaha by Design" to Local Planning:  Contemporary Principles and Practice, ICMA 2009 and a chapter, "The Way We Were, The Way We Are," in Urban Design, University of Minnesota Press, 2009. With John Beckham he wrote, "Reconstructing New Orleans, a Progress Report" in Rebuilding Urban Places After Disaster, University of Pennsylvania Press, 2006.

Professor Barnett has taught Urban Design Studios dealing with large-scale regional and city-wide urban design and sustainability issues, including a plan for the expansion of the city of Granada in Spain, a study of alternative futures for the seven-county Orlando region in Florida, a campus plan for Dongguk University in Seoul, Korea, a study of alternative futures for the entire state of Florida looking ahead to 2060, and design guidelines for the planned new administrative capital of Korea in Sejong City. His studio, Impacts of Climate Change in the Delaware River Basin, received a national award from the American Planning Association in 2009. His 2010 studio, Connecting for Gobal Competitiveness, Florida's Super Region, can be seen on the myregion.org website. His 2011 studio was Designs for Green and Walkable Cities: Development Opportunities in Fort Worth and in 2013 his studio dealt with Alternatives Futures for the New Jersey Shore after Hurricane Sandy. The work of this studio was presented at the International Federation of Landscape Architects 51st Conference in Buenos Aires in June 2014.

Ecodesign for Cities and Suburbs