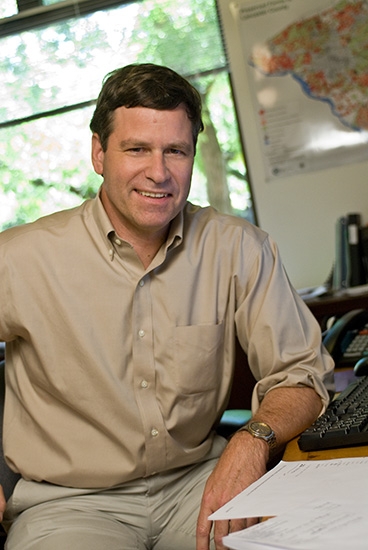 Tom Daniels directs the concentration in Land Use and Environmental Planning. He also administers the Certificate in Land Preservation. Tom is currently part of a Penn team working on a grant from the US EPA to study how to use green infrastructure to reduce urban stormwater runoff. Tom frequently serves as a consultant to state and local governments and land trusts. Since 2005, he has served on the Board of Trustees of the Orton Family Foundation, which seeks to promote better planning and decision making in small cities and towns. In 2010, Tom was a recipient of the Clarkson Chair at the State University of New York at Buffalo, a recognition as one of the leading academic planners in the United States.

The Law of Agricultural Land Preservation in the United States, American Bar Association 2018. With John Keene.

"The Napa County Agricultural Preserve: 50 Years as a Foundation of America's Premier Wine Region," Journal of Planning History (in press).