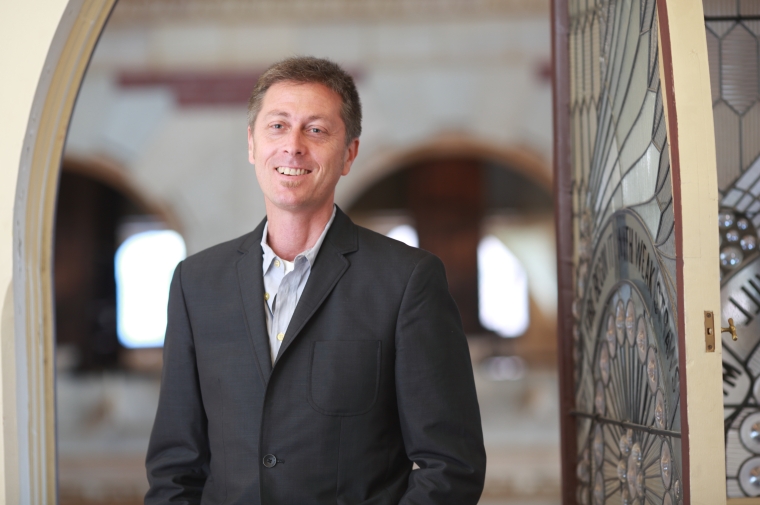 The University of Pennsylvania School of Design is pleased to announce recipients of the 2015 Teaching Awards. Named in honor of the late G. Holmes Perkins, dean of the Graduate School of Fine Arts from 1951-1971 (now the School of Design) the awards are given in recognition of distinguished teaching and innovation in the methods of instruction in the classroom, seminar or studio.

The awards will be presented at PennDesign at a ceremony on Sunday, May 17, at 4 p.m. at Furness Plaza, next to Meyerson Hall, as part of the School’s graduation activities. The ceremony will feature remarks by Marc Kushner, C'99, AIA, cofounder of award-winning architecture firm HollwichKushner (HWKN) and CEO of Architizer.com. HWKN recently unveiled designs for the University of Pennsylvania's Pennovation Center, a contemporary structure with an eye-catching multifaceted north facade.

The 2014 G. Holmes Perkins Award for Distinguished Teaching by a member of the associated faculty: Evan Rose

Evan Rose is an Urban Designer with an 18-year track record of successful and innovative urban projects. He is the founder of Urban Design+ a full-service urban design, planning, and sustainability firm with a focus on development-ready design for both public and private clients.

“I really appreciate his critical and practical approach to planning,” one student noted. “He has a distinguished ability to synthesize a lot of information and draw the main points out of numerous presentations. Thanks to working with him, I am learning to think more pragmatically how to frame issues of city planning, to question my assumptions, and to develop my ideas further, all while making connections with what I previously researched.”

“Evan has provided unending amount of resources, insights, tips, and knowledge that I could ever asked for as an urban design student. His passion in urban design has motivated me to become a better student and also work harder!” praised another. “Outside from studio, he is extremely available. He also willingly takes the role of advisors when students are working on competitions outside of school. Everyone I know has all loved Evan.”

Rose has led a wide range of distinguished and challenging commissions across the United States and internationally, including the Anacostia Waterfront Initiative and Poplar Point Plans in Washington, DC, the Sayreville Waterfront Redevelopment, the Brooklyn Piers Plan, the Boston Central Artery Master Plan, the Willamette River Concept Plan, the Mission Bay Plan, the Port of Los Angeles Framework Plan, the St. Louis Downtown and Riverfront Plan, the new town of Southfield, Massachusetts, and the BI Village Greenville and Kamenskoe Plato projects in Kazakhstan.