“Good urbanization does not happen by chance. It requires building a robust urban governance structure by establishing supportive legal and policy frameworks and ensuring effective planning and management of the urban spatial development.” So urge the authors of a recent United Nations concept paper in anticipation of the ninth World Urban Forum, the biennial event established by the UN in 2001 to examine urbanization and its impacts.

In December of 2016, the UN General Assembly voted to endorse a set of aspirational goals meant to guide the sustainable and equitable development of the world’s cities for the next 15 years. The vision of “cities for all,” enshrined in the New Urban Agenda, had been finalized at Habitat III, an international conference convened by the UN in Quito, that October. The Agenda is founded on the principles of ending poverty, inclusive urban planning, and environmentally sustainable land use. Next month, the focus shifts to implementation, when a cohort of Penn faculty will present their research at the ninth biennial World Urban Forum, in Kuala Lumpur.

To set the table for the international conference, Penn IUR solicited eleven white papers on sustainable urban development, which have been published online. That work, as well as in-progress research from other Penn faculty, was presented at Perry World House recently during a daylong workshop called “The New Urban Agenda: How Stakeholders are Defining and Driving Implementation.”

In their introduction to the series of papers, Penn IUR Co-director and Lawrence C. Nussdorf Chair of Urban Research and Education Eugenie Birch, along with Kleinman Center Faculty Director Mark Alan Hughes, Perry World House Director William Burke-White, and Cara Griffin, explain that “cities are an important fulcrum of sustainable development,” which is core to the New Urban Agenda. (Birch is also president of the General Assembly of Partners, the engagement platform for the implementation of the New Urban Agenda.) As the editors summarize the papers, “Cities are the frame of reference that allows public and private decision-makers to look holistically and locally at complicated issues of geography, governance, energy, development, design, and all the many other threads that make up the tangled knot of sustainable development.”

Discussions at the workshop ranged from the role of cities in international governance to the social dimensions of urbanization, transit, and housing. In a discussion of her own paper, Birch argued that, despite their lack of formal decision-making authority, stakeholder groups like institutions and NGOs have steadily built “soft power” in U.N. proceedings over the last several decades. The paper was designed to lay the groundwork for future research into the partnerships among U.N. member states and stakeholder groups that can serve the sustainable development goals of the New Urban Agenda.

Lisa Servon, professor and chair of city and regional planning at PennDesign, discussed “Financial Inclusion in Urban Spaces” with Ian Klaus, a former U.S. State Department official and negotiator in the U.S. delegation at Habitat III. Servon’s in-progress research into alternative financial services in the U.S. is an extension of the work she did for her 2017 book The Unbanking of America: How the New Middle Class Survives.

Richard Weller, Martin and Margy Meyerson Chair of Urbanism, professor and chair of landscape architecture, and co-director of The Ian L. McHarg Center at PennDesign, presented research related to his Atlas for the End of the World, which looks at areas around the world where land-use patterns indicate potential threats to biodiversity hotspots. In a new paper, Weller and his research assistants demonstrates that peri-urban land—the areas of interface between urban and rural space—should be the focus of critical attention. Despite the environmental challenges facing humanity, Weller said, it is “not beyond our control to direct the growth of our cities.”

“It is the peri-urban landscape and its regional connections beyond, that can not only support biodiversity, but also provide cities with essential ecosystem services they require,” Weller wrote in his paper, “Hotspot Cities.”

Erick Guerra, assistant professor of city and regional planning at PennDesign, contributed to a panel on transit and sustainability. Much of Guerra’s research has focused on transportation in Mexico City, where, he said, some 20 percent of commuters travel two hours or more to get to their jobs. While much of the focus around sustainable transit development is centered on high-capacity public systems, those investments aren’t sufficient to solve many transportation issues in sustainable ways, Guerra said. As he argues in his co-authored book Beyond Mobility: Planning Cities for People and Places, Guerra said that focusing on creating healthy and safe places can be a more direct way to address problems associated with transportation.

As complex as sustainable development may be, urbanization worldwide shows no signs of slowing. The series of papers is meant to “lay a foundation for thinking about the nuances of implementing global agreements, with special consideration of local issues,” according to the editors. Meanwhile, Penn IUR, the Kleinman Center, and Perry World House plan to continue their collaboration, in the interest of “ensuring that policy debate is informed by academic knowledge that bridges disciplinary boundaries.” 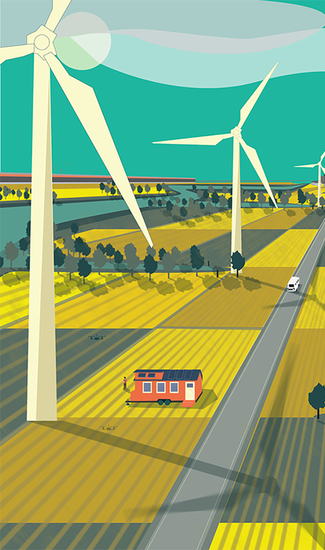 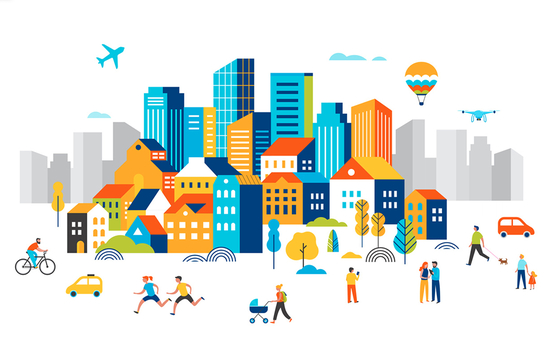