The Route 52 bus runs through the heart of West Philadelphia, connecting Kingsessing to the Main Line via Spruce Hill and Overbrook. It traces the 52nd Street commercial corridor, which has served as a longtime home for Black businesses in the city and as the backdrop, last summer, for protests over the killing of George Floyd. Black households make up a majority of the neighborhoods the route passes through, and the median income in households near the route is $33,000 a year—$10,000 less than the median income in the city as a whole. How can future changes to the route improve the communities it serves? And how can transportation infrastructure in general make society more equitable?

Those are the questions that a group of students in the Department of City and Regional Planning just spent a semester exploring. The one-credit elective class, Transport Justice, was taught by Joshua Davidson, a third-year Ph.D. student in the Department. Students spent most of the semester reading and writing about critical theory in transportation planning and spatial justice. They finished the semester by researching the neighborhoods along the 52 bus line, studying possibilities for extending or improving its service, and thinking through the best ways to empower adjacent communities in the process of change. And last week, they presented their work to a panel of reviewers, including faculty at the Weitzman School and planning officials at SEPTA.

“The key sign to me of the fact that it worked out was that there was such an interesting conversation between practitioners and academics around the students’ work,” Davidson said after the presentations.

Davidson’s doctoral research is focused on transportation equity and urban geography. Specifically, he’s interested in commuting—how people get to work, and how their habits change when they’re displaced from their homes or otherwise disrupted by factors outside of their control. Last year, after SEPTA began service on the new Route 49, connecting Grays Ferry to Strawberry Mansion, Davidson embarked on a series of interviews with riders to learn how they found out about the route and decided to start using it, intending to use the material for a chapter of his dissertation. He also performed a service evaluation of the new line for SEPTA, which put him in touch with planning officials there, including Brandon Miller, the agency’s senior operations planner, who attended the final presentations.

Last year, Davidson says, he proposed the course on a whim to Lisa Servon, chair of the city planning department, and to his surprise, she told him to “Go for it.” The Netter Center for Community Partnerships at Penn supported his research in developing the course over the summer. By the time the course began, the learning environment was constrained by the pandemic, but the subject matter was as relevant as ever.

“The class really felt really cathartic this year, to discuss these issues and to think about how systemic racism permeates all aspects of society—including transportation,” says Emily Kennedy, a second-year Master of City and Regional Planning student.

Kennedy grew up in northern Florida and says that when she was younger, she always took a car everywhere she needed to go. But before enrolling at the Weitzman School, she lived for three years in Argentina and a year in Ireland, and came to see how public-transit access was an issue of equity. The course was an opportunity to dive more deeply into an aspect of transportation planning that permeates the curriculum, but isn’t always a focus of its own, Kennedy says.

“We touch on the issue of equity and transport justice in many of the required classes, but we don’t really go that deep into the implications for the transportation system in creating a more just society or not,” she says.

For the Route 52 project, students looked at a number of ways to make the service better. They recommended improving the quality of shelters and signage at stops, consolidating stops, and completing the Wissahickon Transportation Center, where the 52, if extended, could join with other routes and expand single-transfer service around the city. They recommended that planning for service changes should be trauma-informed, taking into account the recent and historical incidences of police violence on the 52nd Street corridor and some communities’ distrust of city agencies. And they dug into questions of civic engagement, recommending better translation of promotional materials and “pop-up” engagement efforts to connect with transit riders who may not attend regular community meetings.

Sean Dajour Smith, a second-year Master of City Planning Student who was a 2019 Moelis Scholar, took to Twitter to find what riders had to say about the Route 52 service. It’s an imperfect research method, he acknowledged in the presentation, because social-media users are a self-selected group, and more likely to be critical than complimentary. But it’s a way to hear from people who aren’t likely to attend planning meetings or fill out surveys, he says.

“Working-class people oftentimes don’t have the same access to those platforms and those spaces, so Twitter is where they’re going to voice their grievances,” Smith says.

In a full studio version of the course, students might have built relationships with local neighborhood organizations, and spent all semester planning for new and improved service on the 52. Transport Justice was more of a “micro-studio,” Davidson says. But it was inspired by a legacy of Philadelphia-focused studio work at Penn, in which students take a narrow section or piece of infrastructure in the city as their case study, and use it explore the applicability of planning theory, and learn about neighborhoods at the same time. Davidson says if he were able to run the course again, he might use the vibrant and chaotic intersection of Broad Street and Erie and Germantown avenues as the focus.

“These kinds of projects that take smaller cases and dive into them deeply, I think, is a really cool contribution of the school,” Davidson says. 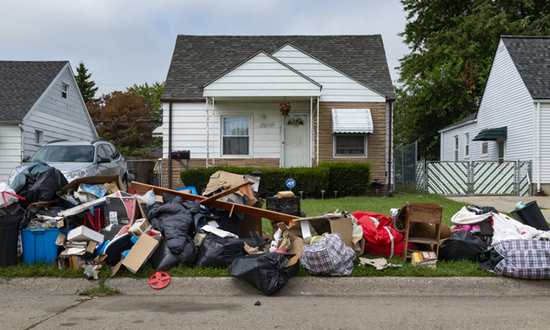 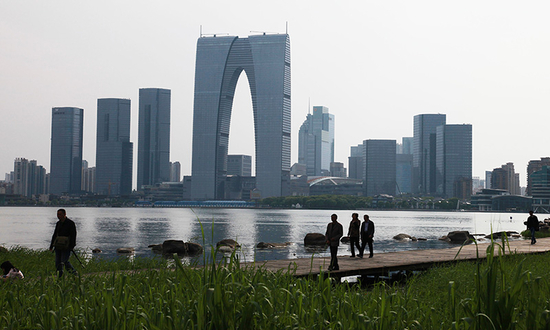