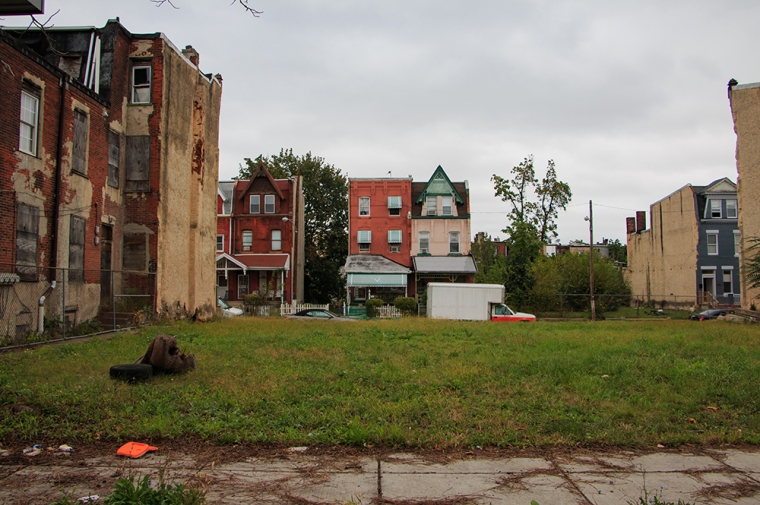 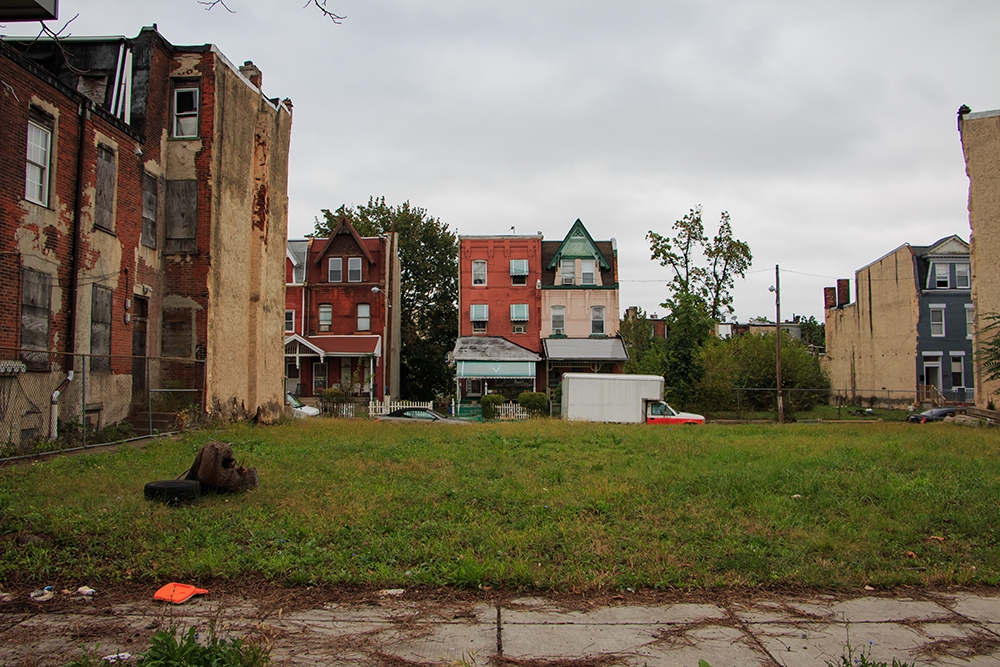 Philadelphia has around 40,000 vacant lots, ranging in type from small side yards to massive former industrial sites. Most of them—around three quarters—are privately owned, according to the city. But of those, some portion are tax-delinquent, eligible to be bought at a sheriff’s sale or obtained by the Philadelphia Land Bank, which is supposed to help put the city’s vacant lots back to use in various ways: Community gardens, new homes and apartments, commercial development.

Vacant land can be a major drag on neighborhood quality of life and property values, but for people who want to transform it, Philadelphia would seem to present plenty of opportunities. Still, for the Women’s Community Revitalization Project, which builds affordable housing using federal Low-Income Housing Tax Credits, it’s not always easy to find the best properties to pursue. Not only is the Land Bank slow-moving, but getting basic information about available properties can be a challenge.

“Really, what we’re trying to look for is getting all of the information that’s available in one place and in an easy-to-use format ...” says Christi Clark, organizing director for the Women’s Community Revitalization Project. “For WCRP, we want more clarity on where there could be possible opportunities for low-income housing development.”

This semester, the group is working with four students in the University of Pennsylvania Stuart Weitzman School of Design Department of City and Regional Planning who are completing their capstone practicum in Community and Economic Development. The practicum is split into three groups. One group is working with WCRP on vacant-land research. Another is working with Ceiba, a coalition of Latino community groups in Philadelphia, to coordinate neighborhood plans in overlapping parts of North Philadelphia. The third is working with the Village of Arts and Humanities on strategies to revitalize the Germantown Lehigh commercial corridor.

Professor Lisa Servon, who teaches the course and also chairs the department, emphasizes how important it is for students to work directly with clients.

“The real world is messy,” she says.  “These students get a real understanding of what it means to be a decision maker. The data are never perfect, the politics can be complicated, and there’s never enough money to do everything you’d like to do.”

At the end of February, the groups gave mid-semester presentations, allowing the clients to see progress on their work and ask questions prior to final presentations at the end of the semester. The group working with WCRP includes students Brian Carney, Robin Lindsay Hanrahan, Fay Walker, and Katie Levesque. According to Carney, all four are graduating this year with master’s degrees in city and regional planning; Walker is getting a dual degree with a master’s in urban spatial analytics and Levesque is doubling up with historic preservation.

During the presentation, the students showed maps built from data that is publicly available and data obtained by WCRP indicating areas where suitable properties might be available. WCRP is looking for properties where it could build 25 to 100 new affordable housing units, using Low-Income Housing Tax Credits, and it has prioritized three city council districts where it would prefer to build, Carney says.

“We have the data for that and, we can look at that and say, ‘This fits your description,’” Carney says.

Assembling that data is complicated, and taking the next step—actually acquiring vacant property and developing new affordable housing on it—is that much more so. In some cases there are physical barriers that make new development extra challenging, like abandoned structures or environmental remediation issues. In other cases there are political ones, like traditions that enable individual city councilmembers to tightly control what happens with land in their districts, the students noted at their presentation.

The students are also working with the City of Philadelphia Department of Planning and Development to create a “community developer toolkit,” which is a much more nebulous assignment than finding land for WCRP, Carney says. Carney, who hopes to work on affordable-housing policy and research after graduation, says the practicum has shown him ways of working with vacant land that he hadn’t thought about before, but reinforced the idea that land policies are often complicated by local factors. Pulling best practices from other cities isn’t always simple, he says. But Carney says his group’s rule should be two-sided: “Thinking about both doing what you can with the existing infrastructure, but also advocating for what would be the best possible scenario.”

Nora Lichtash, WCRP’s executive director, says groups like hers are trying to develop new affordable housing in cities all over the U.S., she says. Philadelphia has a better chance than many of them to create a meaningful difference, considering how much vacant land is still here, if it can figure out how to handle it correctly. Students have been checking in with WCRP regularly and sending weekly progress reports. Their work may turn out to be a great benefit, Lichtash says.

“These folks are really motivated, and just because they’re students, it doesn’t mean they won’t do as good a job or better as what’s possible to get out in the market,” Lichtash says.