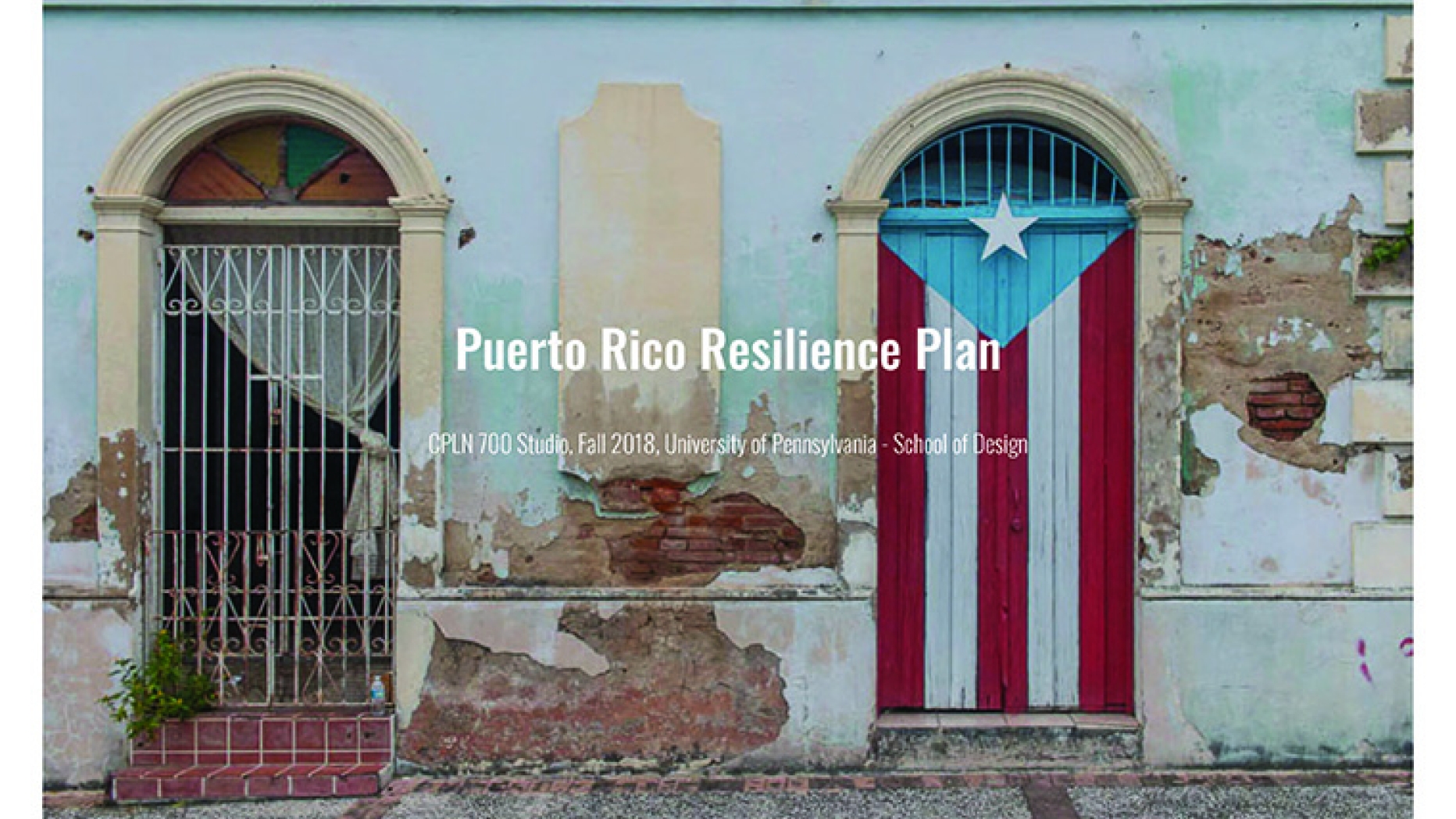 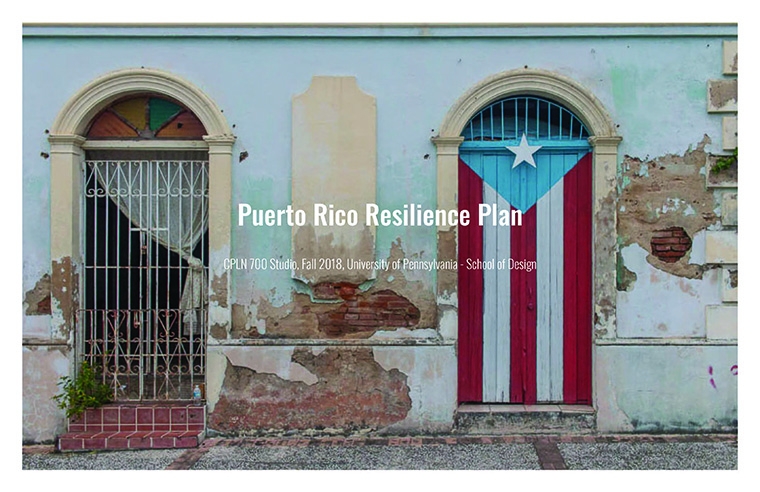 The Puerto Rico Resilience Plan is the result of a semester-long interdisciplinary studio at the University of Pennsylvania Stuart Weitzman School of Design. A team composed of nine planning students and eight landscape architects worked collaboratively to engage with three sites in Puerto Rico: the area surrounding the San Jose Lagoon and Caño Martín Peña in San Juan; the mountainous region of Utuado, in the western central part of the island; and a region spanning from El Yunque National Forest to the coastline in the southeastern portion of the island.

These plans take a systemic approach to build on each focus area’s unique identity while addressing environmental vulnerabilities, economic challenges, and networks of community stakeholders. While each area was selected for its particular conditions, the approaches outlined in this document are meant to be adaptable to other contexts on the island.

Following the devastating effects of Hurricanes Irma and Maria, Puerto Rico has received increased attention in mainland United States media, alongside targeted federal funding for recovery. While the shock of these natural disasters has been felt sharply throughout the island, these events also revealed deeper challenges, including issues related to Puerto Rico’s relationship with the U.S. government and long-term disinvestment, a shrinking population, and continued vulnerability to environmental threats.