Professor Birch is the Lawrence C. Nussdorf Chair of Urban Research and Education. She teaches courses in global urbanization and the doctoral seminar and serves as chair, Graduate Group in City and Regional Planning , co-director, Penn Institute for Urban Research, co-editor, City in the 21st Century Series, University of Penn Press  and co-editor, SSRN Urban Research e-journal. With Penn IUR she recently completed a project “Entreprenuership & Innovation in Connecticut’s Higher Education System" for the state of Connecticut.

Professor Birch has been active in the field's professional and civic organizations in the United States and abroad. She is president, General Assembly of Partners (GAP), the engagement platform for the implementation of the UN’s New Urban Agenda and associated global agreements, co-chair, Sustainable Development Solutions Network (SDSN) Thematic Group on Cities, and an Associate Editor, Journal of the American Planning Association. In the past, she has been president, Association of Collegiate Schools of Planning; president, Society of American City and Regional Planning History; president, International Planning History Society; and co-editor, Journal of the American Planning Association. She has been a member of the Planning Accreditation Board, having served as its chair from 2004-2006. She has been a member of the editorial boards of Planning Theory and Practice, Journal of Planning History, Journal of Planning Education and Research and Planning Perspectives. In the early 1990s, she was a member of the New York City Planning Commission, and in 2002, she served on the jury to select the designers for the World Trade Center site. She has chaired the Board of Trustees of the Municipal Art Society of New York and is currently a member of the Board of Trustees of the Regional Plan Association of New York.

The Association of Collegiate Schools of Planning has given her its three awards: the Distinguished Educator Award in recognition of her teaching and research (2009), the Jay Chatterjee Award for Distinguished Service that "recognizes an individual whose exceptional service, actions and leadership have had a lasting and positive impact on the ACSP"(2006), and the Margarita McCoy Award, "in recognition of her outstanding contribution to furthering the advancement of women in the planning academy" (1994). The Society of American City and Regional Planning History awarded her its Lawrence C. Gerckens Prize (2009) in recognition of her contributions to planning history. The American Planning Association honored her with their APA President's Award in 2013.  This award is given out every other year in recognition of leadership in the field of planning. In 2000, she was elected to the College of Fellows of the American Institute of Certified Planners and made a member (honorary) of the Royal Town Planning Institute.

The statement made by Professor Birch at the closing ceremony of the UN Conference on Housing and Sustainable Urban Development (Habitat III) can be found here:  http://webtv.un.org/meetings-events/watch/professor-of-education-and-research-of-university-of-pennsylvania-habitat-iii-closure-ceremony/5179115593001 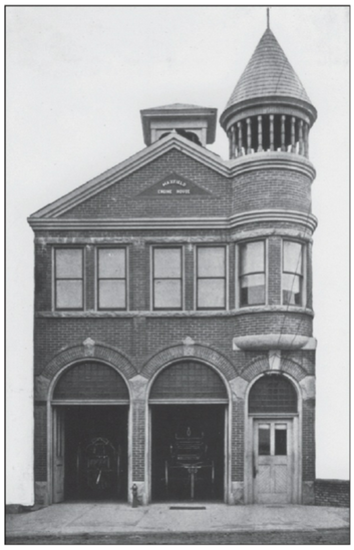