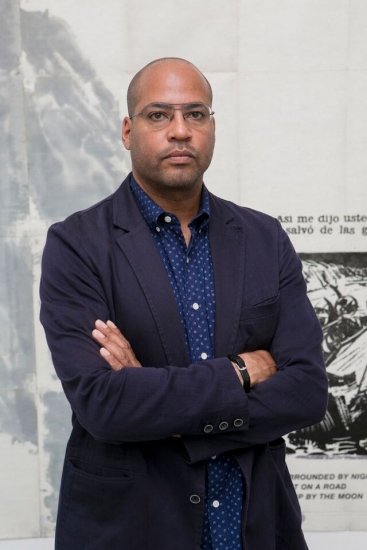 Recently David has had solo exhibitions at The Art Institute of Chicago, LAXART, Los Angeles, and Or Gallery, Vancouver. His work has been included in recent group exhibitions including Ocean of Images: New Photography 2015 at The Museum of Modern Art, Now? Now!: 2015 Biennial of the Americas at the Museum of Contemporary Art Denver, America Is Hard to See at the Whitney Museum of American Art, Shine a light/Surgir de l’ombre: Canadian Biennial at the National Gallery of Canada, AIMA/AGO Photography Prize Exhibition at The Art Gallery of Ontario and Speaking of People: Ebony, Jet and Contemporary Art at The Studio Museum in Harlem.

David is the recipient of a 2015 Foundation for Contemporary Art Grant, in 2012 he was named a United States Artists Cruz Fellow and in 2011 he received a Louis Comfort Tiffany Foundation Award.

He is represented by Corbett vs. Dempsey, Chicago and David Nolan Gallery in New York City.