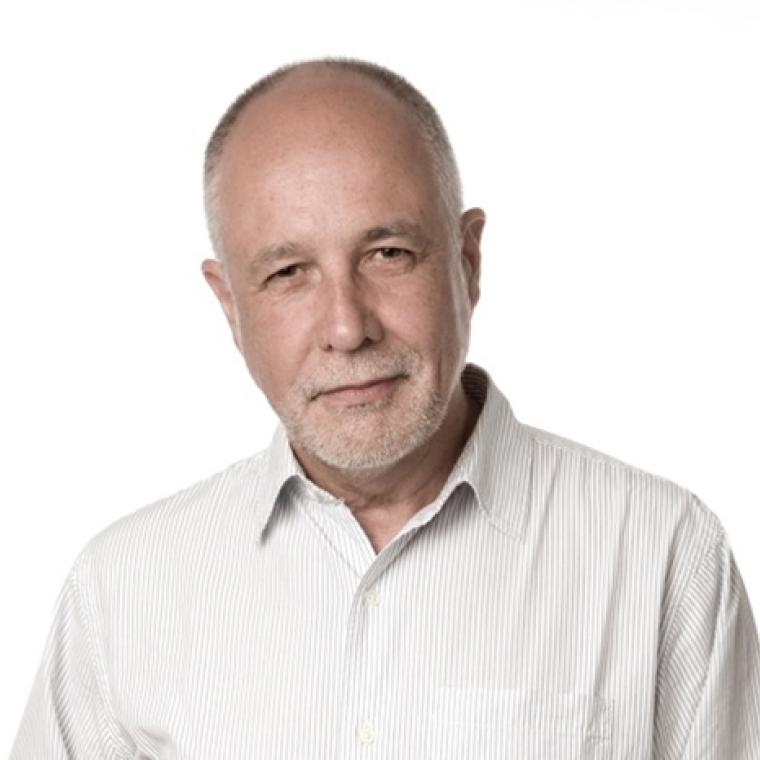 Eduardo Rojas is an independent consultant on urban development specializing in urban development, heritage preservation, urban rehabilitation, low-income housing and municipal governance and is a lecturer in the Graduate Program in Historic Preservation at the University of Pennsylvania Stuart Weitzman School of Design. A former Principal Specialist in Urban Development and Housing at the Inter American Development Bank (IDB) he worked in the appraisal and implementation of urban development, urban rehabilitation, historic preservation, housing, and municipal loans and technical cooperation projects. Dr. Rojas has also formulated sector policies and strategies for the IDB and undertook research and dissemination activities in support of the Bank’s loans in the urban sector. Prior to the IDB he worked at the Regional Development Department of the Organization of American States (OAS), lectured at the Masters Degree Program in Urban Studies at the Catholic University of Chile (PUC) and worked with the Urban Development Corporation of the Ministry of Housing and Urbanism (MINVU) of the Government of Chile. He is a regular speaker at professional and academic conferences and the author of several books and technical articles and papers.

Since 1988 Eduardo Rojas has been engaged in the design, implementation and evaluation of programs and projects for the preservation and development of urban heritage areas. While at the IDB, he led the design and implementation of a new line of loans and technical cooperation funding to assist countries of Latin America and the Caribbean in their efforts to protect and develop their heritage including the technical negotiation of a US$2.0 million Trust Fund for Heritage and Development from the Government of Italy. At the IDB (1999-2010), he worked the following loans: Chile, Heritage Valorization US$100M (2008); Paraguay, Asuncion Riverfront Development Program US$78M (2006); Brazil, Social and Environmental Program for the Igarapes in Manaus US$200M (2005); Chile, Valparaiso Urban Rehabilitation Program US$ 50M (2005); Brazil, Rehabilitation of Downtown Sao Paulo US$ 167M (2003); Brazil, Historic Heritage Conservation Program MONUMENTA US$100M (1999); Uruguay, Urban Rehabilitation Program US$28M (1998); Argentina, Environmental Improvement Program for the Riachuelo River Basin, Buenos Aires (urban rehabilitation component US$18M)(1997); Ecuador, Rehabilitation of the Historic Center of Quito US$40M(1994). At the OAS, Dr. Rojas was the planner in charge of the project “Conservation of Buildings of Historic and Architectural Interest in Downtown St. Johns, Antigua and Barbuda (1988). While at the MINVU, he completed the pre-feasibility study for the adaptive rehabilitation of the Portal Edward Area, Santiago, Chile; (1976) and the redevelopment of the Casa Colorada Historic Landmark Area, Santiago, Chile; (1975). In 2015 he was consultant to the World Monuments Fund for the exploratory mission to Yucatan, Mexico for the project “Sustainable Heritage Management and Development in Yucatan”. With the World Bank, he supported heritage preservation and development projects in India and Bhutan (2011). Since 2012, Dr. Rojas is a Lecturer in the Graduate Program in Historic Preservation at the Weitzman School. From 2002 to 2010 was a visiting lecturer on urban heritage preservation and the Master Degree Program on Economics of the Heritage of the University of Catania, Italy. He was a member of the Scientific Committee and Keynote Speaker at the World Heritage Cities Conference, Kazan, Russia (2006); and of the Panel of Experts of the World Monuments Fund, New York, to select the 100 endangered World Heritage Sites (2007 and 2005). In 2013 he conducted 2 Heritage Workshops at the School of Architecture of the Catholic University of Chile. In the fall of 2015 he was the James Marston Fitch Historic Preservationist in Residence at the American Academy in Rome.

In 2002, Dr. Rojas was the main author of the IDB´s Subnational Development Strategy that guides the Bank’s growing portfolio of municipal loans. The strategy focuses on improving intergovernmental relations, subnational governance and institutional capacity and on promoting a hard credit discipline on subnational borrowing. He led the preparation of background papers and guidelines and coordinated the dissemination of the Strategy among clients and the training of staff. He pioneered the work of the IDB in support of better governance for metropolitan areas. He has also conducted applied research, published books and worked on the appraisal and implementation of loans in support of metropolitan areas including: Argentina, Metropolitan Areas of the Interior, US$ 40M (2010); Brazil, Parana Urban Program II, US$ 100M (2002); Chile, Program for Improving the Efficiency of Regional Investments, US$300M (2000); Chile, Local Development III, US$75M (1994); Colombia, Municipal Development Program, US$40 (1992); Argentina, Provincial Development Project, US$200M (1991); Ecuador, Municipal Development Project, US$104M (1990). Dr. Rojas has also designed and implemented technical cooperation projects: Chile, “Urban Development Policy and Metropolitan Services Management for Reconstruction”, US$230,000 Institutional Development Trust Fund (2010); and Argentina, Support to the Urban Management of the Buenos Aires Metropolitan Region, US$400.000 ICEX Trust Fund (2006). In 2011 he prepared a background paper for the Urban Policy Review of Chile as a consultant to the OECS in metropolitan governance and in 2013 was member of the OECS team of experts working on the Territorial Review of the Puebla Tlaxcala Metropolitan Region in Mexico and the Territorial Review of Antofagasta City in Chile. For the World Bank Institute in 2011 he conducted an analysis of international experiences of urban institutes supporting municipal development and in 2012 developed a draft proposal for setting up a housing institute in India. From 2002 to 2010 he was a visiting lecturer on: urban development and metropolitan management at the Master Degree in Urban Development for Latin America of the Universidad Politécnica de Barcelona, Spain; and international urban and metropolitan development planning and management at the Universidade Lusófona de Tecnologias e Humanidades, Portugal.

Eduardo Rojas has over 40 years of experience in the design and implementation of low-income housing in government institutions (MINVU) and international organizations (IDB). Assisted the World Bank Institute as a member of the team preparing the E-Learning Course “Introduction to Upgrading Informal Urban Settlements” (2011) and as peer reviewer of the study “Scaling Up Slum Upgrading and Prevention through National Policy and Programmatic Approaches” (2014). Was a member of the team in charge of the research leading to the book Room for Growth: Housing Markets in Latin America and the Caribbean, the 2012 edition of the Inter American Development Bank´s flagship publication Development in the Americas (DIA). At the IDB he led the definition and approval of the Housing Policy that enables the Bank to lend for housing sector reform so as to enhance its capacity to reach the poor (1995). He also produced guidelines and best practice studies to support IDB staff working in housing and pioneered the analytical and lending in support of incremental housing. At the IDB he worked in the following loans: Haiti, Support to the Shelter Sector Earthquake Response Plan, US$30M (2010); Argentina, Settlement Upgrading Program II, US$ 300M (2008); Uruguay, Settlement Upgrading Program PIAI II, US$ 100M (2008); Argentina, Settlement Upgrading Program, US$ 150M (1996); Chile, Progressive Housing and Settlement Upgrading, US$50M (1993); Chile, Settlement Upgrading Program, US$70M (1989). At MINVU he worked on several land development schemes for low-income housing. In 2010 he was a member of the Jury of the Ashoka Changemakers competition “Sustainable Urban Housing: Collaborating for Livable and Inclusive Cities”. The Lincoln Institute for Land Policy commissioned a paper on the urban impacts of housing policies in Latin America; the paper was discussed at a conference in Cambridge, MA in May 2013 and published in 2016. In 2014 the Chinese Academy of Sciences commissioned a paper on the Latin American experience with housing policies under rapid urbanization and sustained economic growth. The paper was discussed at the Academy in Beijing and published in Chinese.

At the OAS , Eduardo Rojas was the resident project chief in Saint Lucia for the “Land Registration Program” (1986), and the planner in charge of the “Land Use Plan for Downtown St. Johns, Antigua and Barbuda (1988). In private practice he completed several urban and regional development plans including the: "Urban-Regional Development Study, Region I, Tarapacá, Chile" (1981), (58,072 sq. km., 266,000 hab.); "Strategic Development Plan for Puerto Montt, Chile", (1980), (110,000 hab.); "Urban-Regional Development Study, Region XII, Magallanes, Chile", (1979) (132,000 sq. km., 117,000 hab.); “Master Plan for Osorno, Chile", (1978) (100,000 hab.). While at the MINVU he completed pre-feasibility studies for low-income public housing projects in Santiago, Chile: Las Campanas (400 units, 1973) El Salvador (700 units 1971). He also conducted a study for the reconstruction of the downtown area of San Antonio, a mid-sized city located in the central coast of Chile devastated by an earthquake (40,000 hab.) (1972). He is associated with Boza, Lürs, Muzard Architects and worked in the design and construction supervision of several commercial, residential and institutional buildings in several cities of Chile.

Chapters in Books and Papers in Technical Journals

Rojas, E. 2015 “Working Together: International Agencies in the Conservation of the Urban Heritage” in World Monument Fund Building the Future. The Role of Heritage in the Sustainable Development of Yangon New York, World Monument Fund. (Pages 70-76)

Rojas, E. 2013 “The Public Sector in the Preservation of Urban Heritage Sites: Lessons from Four Cities in Latin America” Chapter 28 in Rizzo, I and A. Mignosa (editors) Handbook on the Economics of Cultural Heritage Oxon, UK. Elgar.

2016 Honorary Mention X Ibero-American Biennale of Architecture and Urbanism, São Paulo for the Theses “Governance Matters for the Conservation of the Urban Heritage”, presented in 2014 to the Universidade Lusófona de Humanidades e Tecnologias, Lisbon, Portugal

2014 Keynote Speaker at the US ICOMOS Symposium “The Venice Charter at Fifty” hosted by the Graduate Program in Historic Preservation, University of Pennsylvania Stuart Weitzman School of Design.

2010 Member of the Jury for the Competition “Sustainable Urban Housing for Livable and Sustainable Cities” organized by Ashoka Changemakers, USA.

2006 Member of the Scientific Committee and Keynote Speaker at the World Heritage Cities Conference, Kazan, Russia, 2006

2005 and 2007 Member of the Panel of Experts of the World Monuments Fund, New York, to select the 100 endangered World Heritage Sites

1972 Fist Prize in the National Competition to design the administrative offices of the Municipality of Arica, Chile (member of the design team at Boza, Lürs, Muzard Architects, Santiago, Chile)