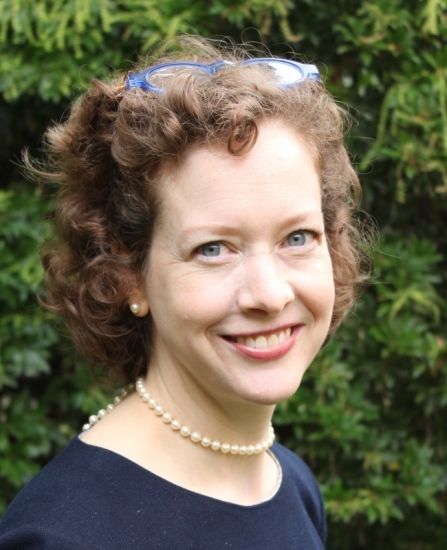 Laura Keim teaches the History of the American Domestic Interior (HSPV-531). She has also co-taught a history and planning seminar centered on the Germantown neighborhood in northwest Philadelphia, where she has worked for the Historic Germantown consortium of sixteen sites. She has advised theses on diverse topics, from nineteenth-century furniture to twentieth-century plastic laminate.

Laura has served as the Curator for Stenton, a historic site in northwest Philadelphia since 1999. She also worked as Curator for Wyck and the Historic Germantown consortium. She has published articles in The Magazine ANTIQUES, Ceramics in America, and recently completed Stenton: A Visitor’s Guide to the Site History and Collections. Her primary interests include architecture, the decorative arts and material culture of the Atlantic world as well as the history of collecting and understanding the past in England and America. She currently serves on the Board of the American Friends of Attingham.

As a historic site curator with an interest in conveying broad historical context and meaning in the present, Laura is well versed in applying historical understanding to the study, care and interpretation of buildings, objects, and landscapes. In 2014 she organized a national conference “James Logan and the Networks of Atlantic Culture and Politics,” in partnership with the McNeil Center for Early American Studies at Penn, the Library Company of Philadelphia, and the Historical Society of Pennsylvania. She is currently mounting a re-created “yellow worsted damask” flying tester bed at Stenton as part of the Yellow Lodging Room Restoration.