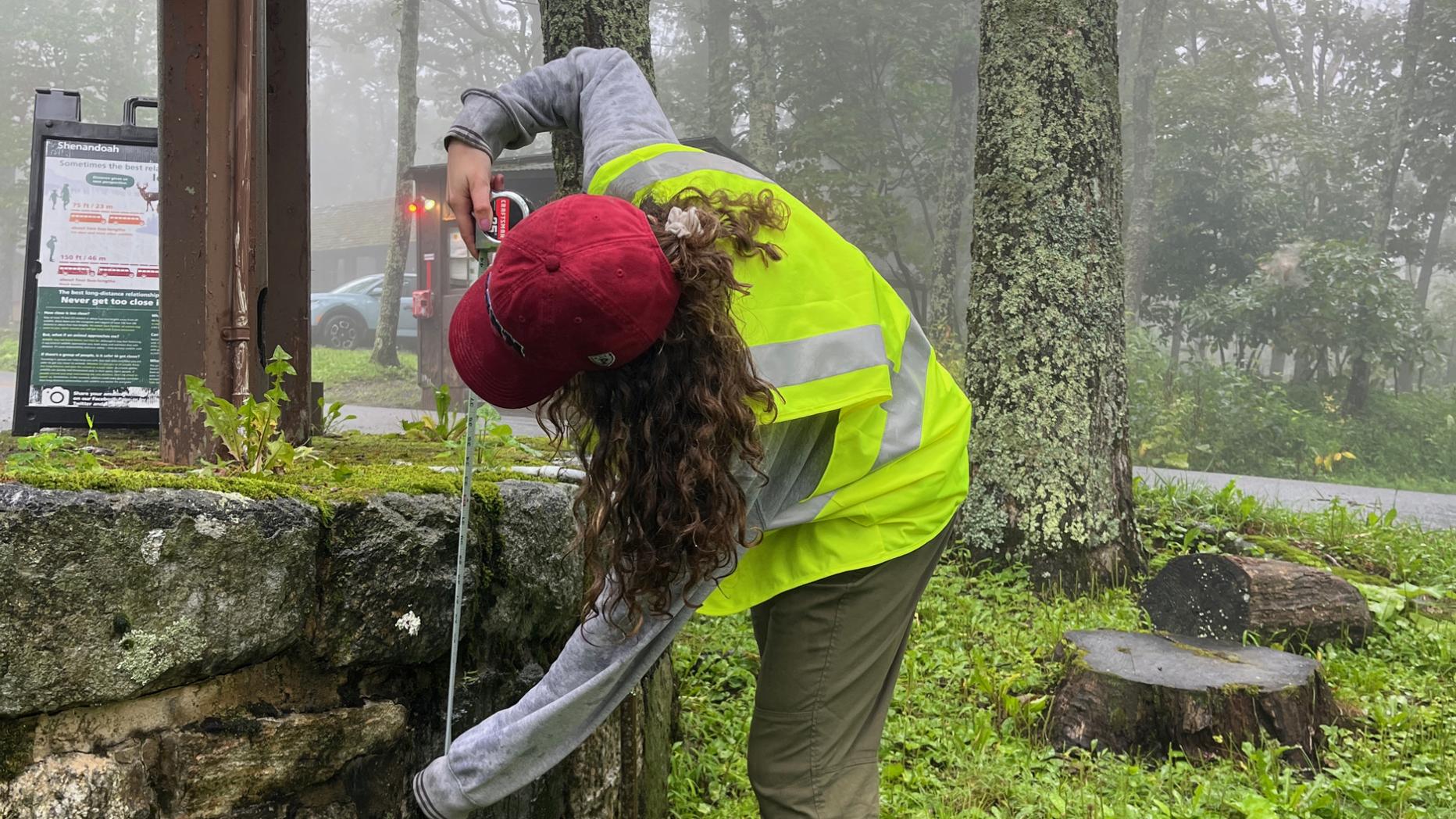 View of a cabin at Lewis Mountain

View of a cabin at Lewis Mountain

This summer, I had the opportunity to work with Penn’s Urban Heritage Project as a Research Assistant for a Cultural Landscape Report for Shenandoah National Park’s Lewis Mountain Campground. Lewis Mountain was Shenadoah’s only campground that was available to Black visitors during the Jim Crow era. The campground draws significance from several sources, such as its role as a Black recreational space during segregation that was important to the Black community both locally and nationally. Additionally, this site was also significant for its rustic design and construction by the Civilian Conservation Corps. The purpose of the Lewis Mountain Cultural Landscape Report is to evaluate the site holistically in order to generate treatment recommendations that support its long-term preservation. This internship involved three main tasks: research, writing, and fieldwork. The first half of my summer was mainly spent conducting research on Lewis Mountain and Shenandoah National Park using sources such as existing preservation documents (National Register Nominations, Cultural Landscape Inventories, etc), maps, photographs, and correspondence.  Later in the summer, my days were mainly filled with drafting sections of the final report. I completed drafts of the report’s Chronology, Statement of Significance, and Analysis & Evaluation, which will soon be edited by members of the project team and published in the final Cultural Landscape Report. Most of the research and writing was done remotely, from either my apartment or the Meyerson studios. Towards the end of the summer, I had the opportunity to travel to Virginia and complete fieldwork at Lewis Mountain. During the week at Shenandoah, my supervisor and I took photographs of Lewis Mountain and conducted research at Shenandoah’s archives.

For my work this summer, I was able to draw heavily on coursework here at Penn. I exercised the archival research skills from Documentation I and Public History: Theory & Practice, and the photography skills that I developed in Documentation II. My entire internship was bolstered by the conceptual and practical knowledge I had gained in the Cultural Landscapes course. Through the internship, I honed my archival research skills and familiarized myself with the process of writing a cultural landscape report, which includes details that I did not expect going into the summer. I was also introduced to the dynamics of doing contract work with the National Park Service. I worked closely with members of the Penn faculty with the Urban Heritage Project, as well as a preservation consultant who was specializing in community engagement efforts. Outside of Penn, I was also able to work closely with the Collections Manager at Shenandoah and meet various members of the cultural resource staff at the park.