All Things Useful and Ornamental 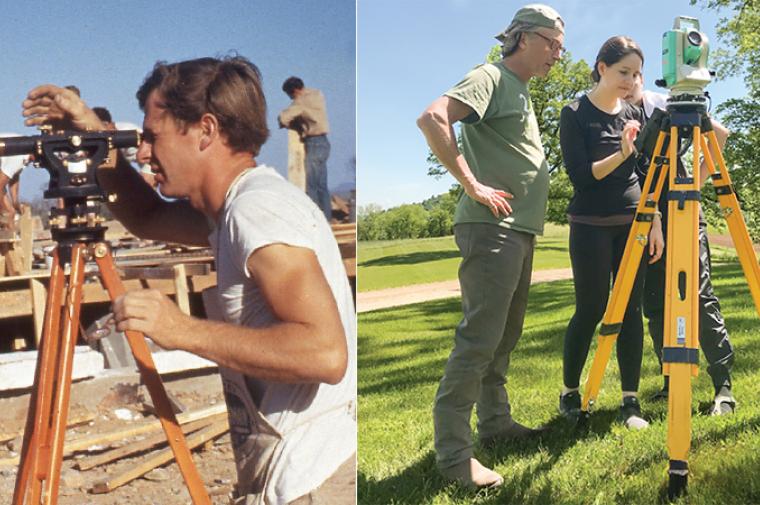 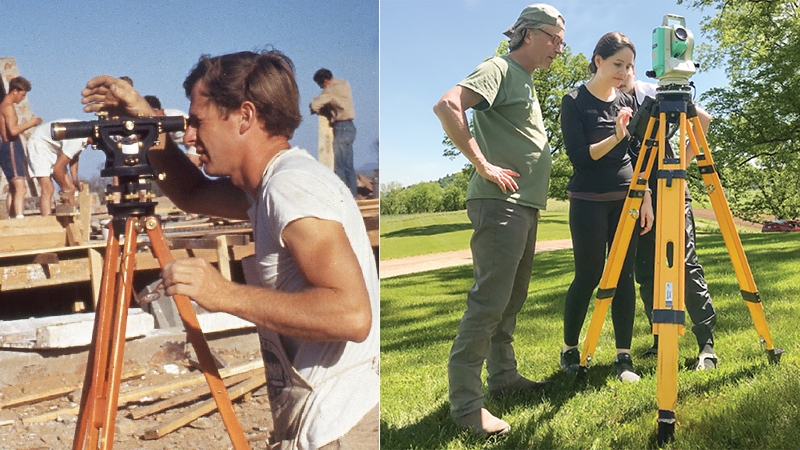 Writing for Frank Lloyd Wright Quarterly, Frank Matero, the Gonick Family Professor and chair of historic preservation, suggests how the ongoing partnership between the Frank Lloyd Wright Foundation and Weitzman’s Graduate Program in Historic Preservation aligns with the vision Benjamin Franklin articulated for Penn. Matero draws a parallel between the fellows who worked with Wright on the initial design of Taliesin and Taliesin West and the work being done by Weitzman students to preserve those structures.

“As to their STUDIES, it would be well if they could be taught every Thing that is useful, and every Thing that is ornamental: But Art is long, and their Time is short. It is therefore propos'd that they learn those Things that are likely to be most useful and most ornamental. Regard being had to the several Professions for which they are intended.”
--Benjamin Franklin, Proposals Relating to the Education of Youth in Pensilvania, 1749

Had Benjamin Franklin and Frank Lloyd Wright met, they probably would have been good friends. At the very least they would have agreed on much regarding education.

Both opposed traditional elite learning as defined in their respective times and believed instead in student-led experimentation and learning through individual experience. Both also held that the goal of true learning was to serve mankind and society.

Like Franklin, Wright’s ideas about education, and especially architectural training, were not wholly accepted by the establishment. Franklin’s early Academy eventually became the University of Pennsylvania while Wright’s Taliesin Fellowship evolved into the Frank Lloyd Wright Foundation and the Frank Lloyd Wright School of Architecture. All have continued to claim and advance the pedagogical goals and methods of experiential education or “learning by doing.”

In 2019, the Graduate Program in Historic Preservation at the University of Pennsylvania’s Weitzman School of Design joined with the Frank Lloyd Wright Foundation to explore the concepts and practices of built heritage conservation as they relate to Wright’s work and especially the extraordinary manifestations of Wright’s educational philosophies at Taliesin and Taliesin West.

Continuing both institutions’ long tradition of experiential learning, the collaboration allows students to experience the genius of Wright and the many conservation issues associated with his built designs through the lens of contemporary practice. While the preservation of buildings from the recent past is on the rise internationally, Wright’s buildings afford an unprecedented opportunity to not only examine the life work of an American master across a broad time period of great change in America, but they also test his concepts of learning by doing through their conservation.

Architectural Conservation as Discipline and Profession

Since its emergence in the early twentieth century, the conservation of historic and artistic works has developed into a distinct discipline and profession through degree-based university programs and professional career paths.(1) Conservation, at its core, seeks to protect cultural property from loss and depletion.

Conservation is based on a systematic way of thinking that is built on knowledge, skills, and the ability to analyze and solve complex problems. In any discipline, members systematically collect facts and study both the nature of the questions as well as the answers generated. From this, a clearer understanding and correlation between the questions posited and the facts generated eventually becomes established. This leads to shared methodologies conditioned by philosophical and intellectual concerns, which in the case of professional disciplines defines and guides practice.

As with law, medicine, architecture, and engineering, heritage conservation is a learned profession in that academic learning plays an important role in preparation for practice. By practice, I mean using the knowledge available to solve specific real-life problems. One of the hallmarks of a professional life is the continual effort to keep theory and practice together. Professional life is not simply the domain of the practical, a place where “real world” concerns dominate to the exclusion of lofty, academic or theoretical concerns, but the idea that theory and practice are professional activities, intended to directly enhance the quality of human life. Keeping theory and practice together is the essential ingredient of professional education, research and training. This complex interrelationship is best expressed in service to public need anduse of public issues as academic training for students and professional staff. As Benjamin Franklin wrote over two hundred years ago, “Service to humanity is the great aim and end of all learning.”

Praxis or Learning by Doing

Accredited academic programs in architecture and historic preservation have existed in the United States since the late 1960s. Less prevalent are coordinated programs that allow students to pursue both design and conservation in an integrated fashion to reflect the realities of contemporary thinking and professional practice now urgently needed in a rapidly changing world. Formal education develops habits of critical thinking, of perceiving issues clearly, and generalizing from all sorts of data. As in all professions, critical thinking is based on a progression from information collection to knowledge of information acquisition and understanding.

Most historic preservation/architectural conservation academic programs at the graduate level embrace a pedagogy based on a mix of courses in history, theory, technology, and applied practice.

Hands-on learning has always been a signature of design education through the studio model. When situated in a well-balanced program that engages students in the intellectual, the technical, and the moral, practice-based education links understanding with skill in a way that requires students to interact with their peers, demonstrate accountability, and in general act out professional dispositions.

All of this and more was embodied in Wright’s Fellowship program where students prepared for life as well as their chosen profession through a wide variety of shared experiences. Of particular relevance to the current program is how the Fellows translated conceptual design to built reality through the construction process. Those individual and collective decisions over the years resulted in the two Taliesins that today are in need of renewed interpretation, repair, and reuse. In Wright’s thinking, both Taliesins were experimental and evolutionary. The question for the future is how that might translate to new models of conservation and reuse while taking on critical contemporary issues of regenerative design and sustainability.

Time will tell how this approach and partnership will evolve but already this relationship has revealed remarkable things at Midway Barn at Taliesin and the Dining Room/Studio at Taliesin West through an approach that is breaking down traditional barriers between design and conservation, between thinking and doing.

Both Taliesins remain critical classrooms for hands-on learning that prepare practitioners for engaging in the existing (historic) built environment — especially as that environment is redefined and expanded with changes in future social, cultural and political views and the need for greater technological prowess. Finally, it is likely that the need to teach students to think, to perform, and to act with integrity will remain an integral part of professional education and one with a strong link to practice.

1) For a recent discussion of the evolution of historic preservation/heritage conservation in the United States, see Frank Matero, “Historic Preservation: An American Perspective on a Professional Discipline.” Change Over Time, Volume 10, Number 1, Spring 2021, pp. 2-7.