Design Challenges Ahead, from the Coasts to the Desert 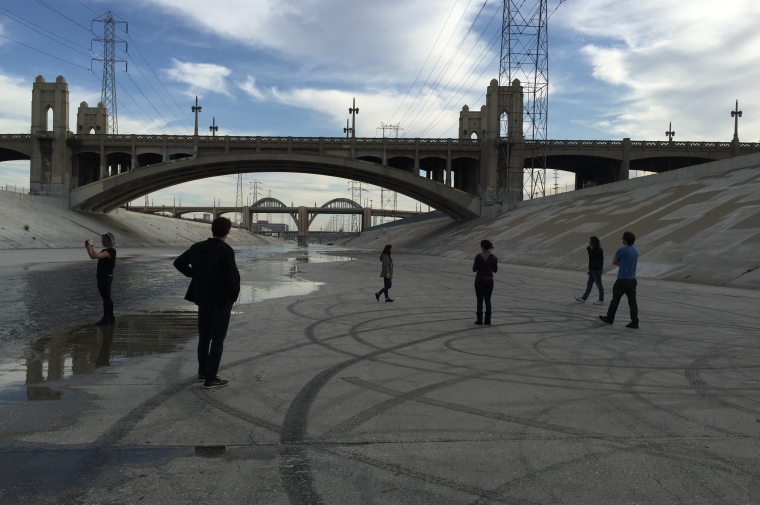 Graduate architecture students in the L.A. River channel for a studio led by Florencia Pita, 2017 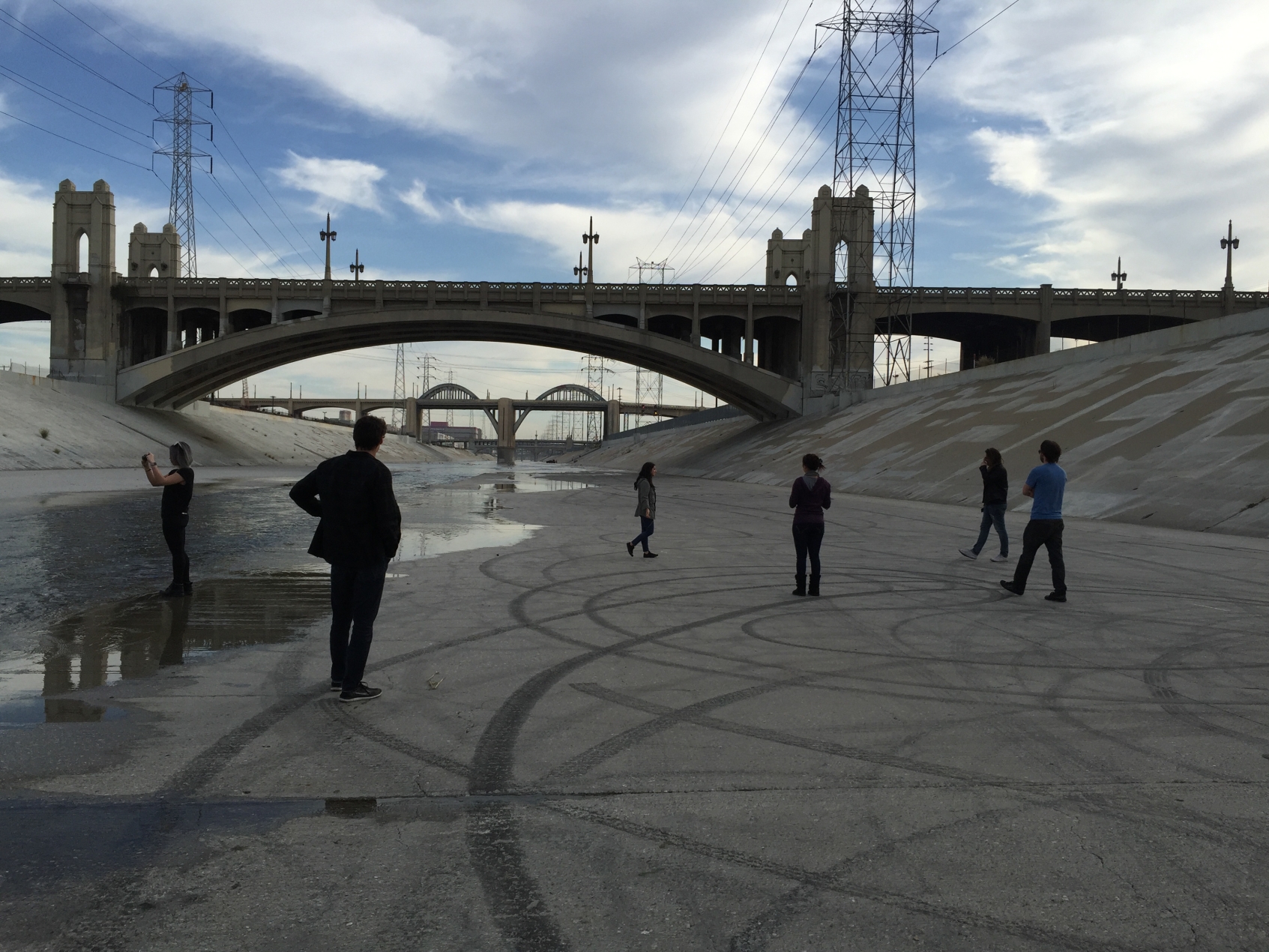 Graduate architecture students in the L.A. River channel for a studio led by Florencia Pita, 2017

What do Miami Beach’s car dealerships have in common with the potters of India’s Thar Desert? It’s the kind of question that arises in the course of PennDesign’s twice-yearly elective studio presentations, when faculty members from across the School introduce their studio to advanced students in architecture, landscape architecture, and planning through anecdotes, images, data, and references historical, literary and theoretical.

The Spring 2019 presentations took place on January 15—in keeping with tradition, on the day before the official start of classes—and the design challenges that students will face are even more varied than the geographies.

In the Department of City and Regional Planning, Dean and Paley Professor Fritz Steiner and Robert Yaro are leading a studio that asks students to reverse a global trend for small and mid-sized cities around the world that have been left behind in terms of economic growth. Rebooting New England, as the studio is called, will propose strategies to revitalize the downtown in Hartford, Connecticut, and run a high-speed rail corridor through Last Green Valley—one of the remaining stretches of green in the urbanized corridor that runs from Boston to Washington. Students will visit Manchester, England to meet with municipal leaders and park authorities there who are addressing the same issues.

The tensions between economic development and the natural environment also animate the studio led by Professor of Landscape Architecture Anu Mathur. Conceived as an exploration of the concept of wetness in the landscape, the studio will take students to the desert of Rajasthan, India, to an area between emerging industrial towns known rich and varied craft traditions, including pottery and textiles. Seen from the air, the landscape is checkered with colorful rectangles—waste water produced by the region’s chemical dyeing industry. “This is a landscape that challenges what water is, what movement is,” Mathur explained.

Water is also at the heart of the studio led by Florencia Pita, lecturer in architecture, about the L.A. River called Fake Nature. Students will focus on the G2Taylor Yard, a former railyard purchased by City of Los Angeles in late 2018, and meet with officials to learn about their proposal to recover a full riparian system on the site. Pita is encouraging students to embrace the River in its present state: “a blank canvas to recreate the River.” She added, “Concrete is our medium.”

Further up the North American coast, landscape architecture faculty members Rebecca Popowski and Mayur Mehta are studying Quadra Island, British Columbia. Located northwest of Vancouver, it sits at the intersection of three bodies of water, the island has only 2,500 inhabitants, but 80,000 tourists visit over summer months for hiking, mountain biking, and sailing. Popowski noted that some 3.3 billion people will be living outside of cities in 2030, so designers should be prepared to work in rural areas like Quadra Island.

In the studio led by Winka Dubbeldam, Miller Professor and chair of architecture, and Matthijs Bouw, associate professor of practice in landscape architecture and architecture, water is understood as a source not of recreation but devastation. Entitled Calamity Library, the studio considers the recent history of human intervention in the Colorado and Mississippi River Basins. “We’ve spent vast sums on infrastructure to control natural systems, often with catastrophic consequences,” Dubbeldam said. “How can architects rethink infrastructure as habitable space?” A partnership with the Technical University of Braunschweig, Calamity Library will take students to the Aedes Network Campus in Berlin.

“Concrete is our medium,” Florencia told students of her studio, which looks at the L.A. River as “fake nature.”

In her presentation, Dubbeldam said her studio was inspired the work of Berlin’s Haus der Kulturen der Welt (HKW), a forum for artistic and scientific debates that is exploring the Mississippi River in the Anthropocene—the term used to reflect scientific evidence that humanity now has more influence over the natural environment than the reverse. Meanwhile, two of Dubbeldam’s colleagues took inspiration in contemporary culture.

Ali Rahim, professor of architecture and director of the Master of Science in Design-Advanced Architectural Design program, will lead students to Miami Beach, Florida, for the studio Contemporary Detail to Aesthetics, which draws on the intensive design research and development of the luxury automobile industry. Citing the industry’s outsize influence, Ali noted that the automobile industry accounts for 5% of all new patents issued.

Miami will also be the focus of students working with Ali’s colleague Hina Jamelle, senior lecturer in architecture. Her studio looks to the research and development of legendary artist Andy Warhol. Called 15 Minutes and Counting: A New Andy Warhol Museum for the Miami Design District, the studio will challenge students to design a building as provocative and enduring as the artist’s work.

Although students will only spend seven to ten days on site in late February, they’ll be immersed in the history and cultural traditions of their studio’s site for the next 15 weeks.