Excerpt: 'Change Over Time' on the Heritage of War and Conflict 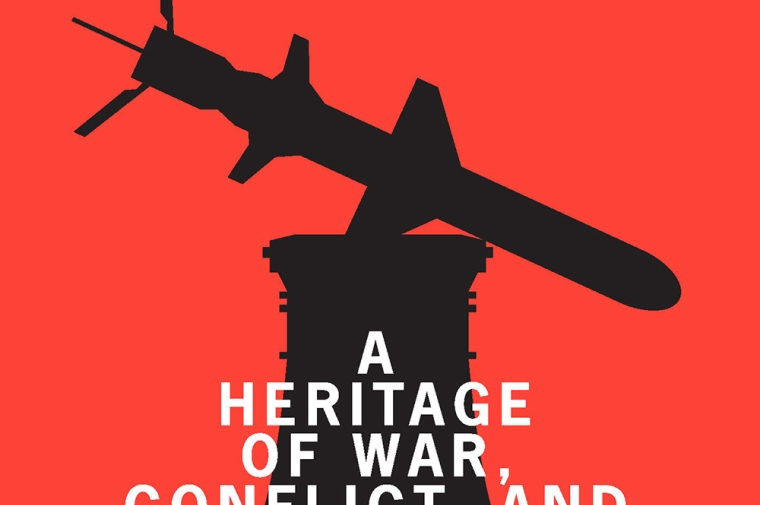 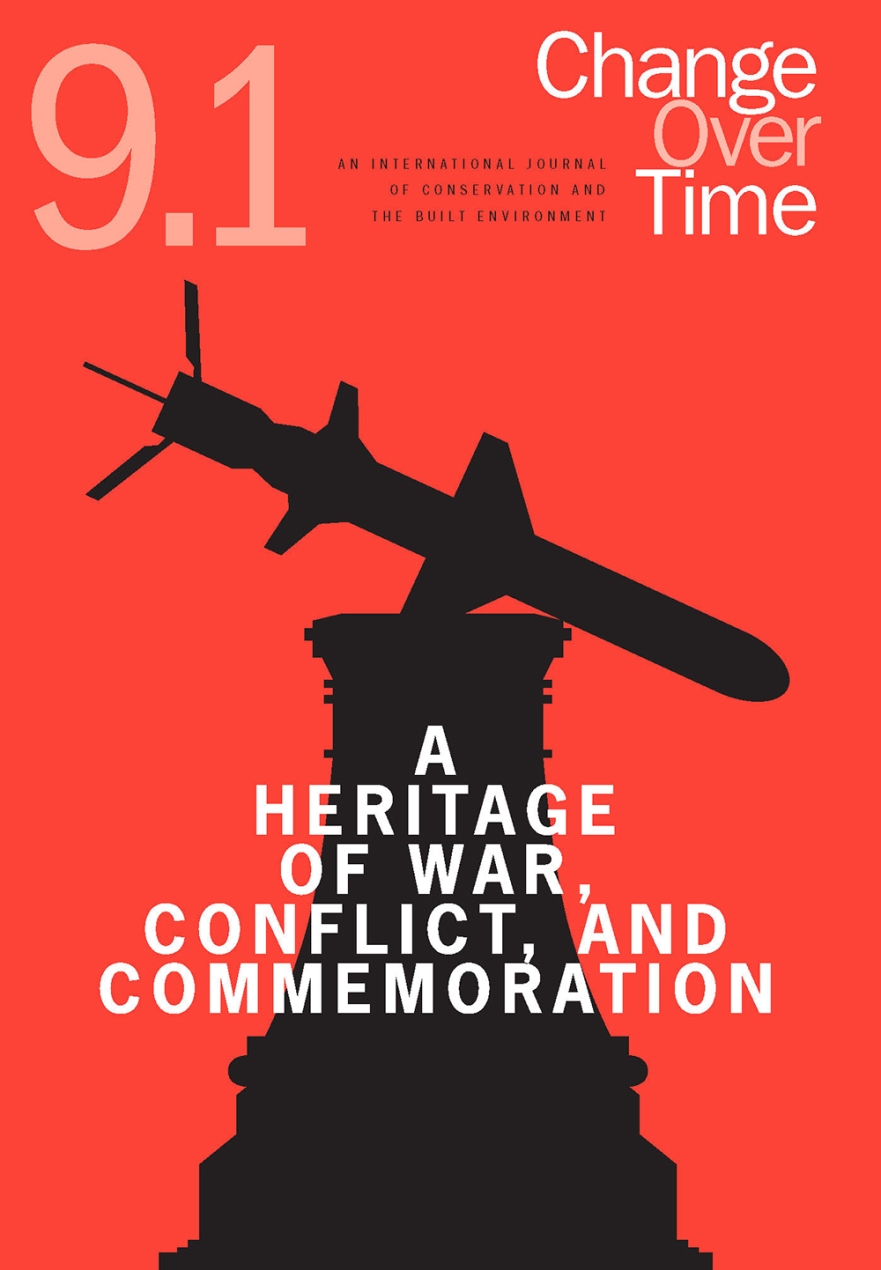 Change Over Time is a semiannual journal of the history, theory, and praxis of conservation and the built environment based at the Weitzman School and edited by Frank Matero, professor and chair of historic preservation, and Kecia L. Fong (MSHP’99), managing editor and lecturer. The latest issue focuses on the heritage of war, conflict, and commemoration. Articles in this issue examine sites including Pearl Harbor, Sarajevo’s “Tunnel of Hope” and contemporary migrant camps in Thessaly, Greece. In “Sites of Refuge in a Historically Layered Landscape: Camps in Central Greece,” Kostis Kourelis, an associate professor of art history at Franklin & Marshall College, writes about the potential commemoration of recent political turmoil, using refugee camps in Central Greece as an example. The original article has been edited for length; the full text can be accessed through Project Muse.

While journalism relishes juxtaposing monuments of eternal heritage to contemporary tragedy, historic preservation is ambivalent over the episodic occupation of monuments. The forced migration of Syrian, Afghani, Iraqi, Pakistani, African, and other refugees can be traced through the Greek countryside. This case study does not prescribe a solution for how to commemorate the camps of Europe’s migrant crisis but rather investigates the intersection of today’s migrants with a cultural landscape saturated with older, forgotten episodes of conﬂict, displacement, and trauma.

Since its 1821 War of Independence, Greece has been a land deﬁned by displacement.(1) The state’s economic collapse of 1897 caused one in every four working-age Greek males to migrate to America. The Balkan Wars and World War I displaced thousands of ethnic and religious groups in 1912–18. After the 1922 Greco-Turkish War, a quarter of the country’s population (1.2 million) consisted of new refugees from Asia Minor. The Axis occupation during World War II destroyed one in every ﬁve villages and annihilated 87 percent of Greece’s Jewish population in concentration camps. After World War II and the Greek Civil War, 18 percent of the population was homeless. This and the Cold War created yet more migration to Germany, Australia, and the United States,(2) The very same landscape that now hosts refugee camps has continuously been a receptacle of the unwanted.

More than any other country in Europe, Greece’s countryside is saturated with sites of forced migration. The passage of its newest migrants, thus, intersects with a long but neglected topography of pain. Greece contains many sites of human atrocities, including the largest mass grave in Europe, but it has resisted the equivalent of Spain’s Association for the Recovery of Historical Memory, which has used archaeology to reconcile the politics of the Spanish Civil War.(3) Despite two centuries of displacement, there [are few] attempts to preserve the thousands of refugee sites that include twelve refugee settlements from the 1821 Greek War of Independence, 2,089 planned settlements built by the League of Nations after 1922, or the yet uncatalogued sites of forced migration from the Greek Civil War.

Mass migration from Africa, Asia, and the Middle East in 2015 created a geopolitical crisis that Europe was not prepared to handle. By the end of 2016, Europe hosted 6.6 million asylum seekers and refugees, 3 million internally displaced persons, and 570,000 stateless people.(4) The long-term management of migration has become one of Europe’s central policy preoccupations and is carried out within architectural ensembles that are typically not historic preservation’s object of study.

Greece met the European migration crisis in 2015 by hastily constructing ﬁfty camps on the Greek mainland.(5) This essay focuses on the refugee experience of one group in its serial displacement in the region of Thessaly. Over the course of one calendar year, a group of asylum seekers and forced migrants was moved through multiple temporary residences including medieval monuments, abandoned industrial buildings, bankrupt markets, and decommissioned army bases. The study constitutes an archaeology of supermodernity, addressing challenges of recording, commemorating, and preserving a countryside layered with older episodes of trauma.(6)

The logistics of managing refugees are chaotic as relief agencies try to keep the movement of peoples under the radar owing to security concerns and political sensitivities. Consequently, forced migration leaves minimal traces on the hosting architectural spaces and landscapes in which it is carried out. As refugees and migrants pass through an ever-increasing number of sites, we must consider how their haphazard experience of architecture engages with preservation.

The structures and installations which house forced migrants are built to be temporary, or they may be abandoned, ruined, or otherwise unwanted buildings temporarily reanimated to serve a new purpose. At times, spaces of perceived cultural hegemony and national heritage intersect with new transient populations.

For Greece, valuing the migrant heritage of the recent past has ideological implications, as it reveals an inherent tension between modernity and antiquity in the nation’s cultural identity. From its early formation as a modern nation-state in 1830, Greece’s national identity has hinged on the preservation of classical antiquity. [As a result], the national heritage mechanism has come into direct conﬂict with settlements of displacement, and the imperative to preserve ancient sites.

Do ephemeral migrant sites of the recent past fall within the scope of historic preservation? Migrant camps in Greece present a provocative challenge. Historic preservation in Greece is deﬁned by the agenda of the nation-state that privileges antiquity over modernity. As illustrated by the conflict of placing migrants near the World Heritage Site of Meteora, a narrow temporal definition of history turns preservation into a tool for displacing migrants from sites whose cultural value is perceived to be degraded by the migrants’ mere presence. The sites of the European migration crisis lack iconic centrality (as discussed by Foote). Though they may fall under the umbrella of dark heritage, refugee sites need not be considered as negative sites of violence but, on the contrary, as positive sites of humanitarian relief. The transient nature of migration resembles the preservation challenges of groups that were once considered marginal or subversive. The Change Over Time issue on LGBTQ heritage provides some insights on how to manage the future heritage of migrant camps.(7)

In October 2016, the French government dismantled one of the most notorious migrant camps, the Jungle at Calais. During the same week, Europe’s preservation community debated whether to demolish the house where Adolf Hitler was born in Braunau, Austria. In contrast, there was no debate on whether to preserve the Jungle. Archaeologist Paul Mullins was the only voice that proposed preserving it:

Dark heritage thrives on its capacity to create uneasiness, and both Braunau and Calais induce some discomfort with a heritage that reaches into the present. However, the apparent reluctance to frame Calais as a potentially rich interpretive space like Hitler’s birthplace may indicate the camps are simply too familiar and reviled to be comfortably embraced.(8)

Mullins concludes that the physical ephemerality of the Jungle poses insurmountable challenges [to interpretation] as a material place. If preserving homes of famous people (whether good or evil) is in the comfortable domain of heritage studies, then we are left unequipped to consider the radical homelessness of modern migration. Greece’s refugee and forced migration camps of 2016 may be too familiar and reviled. There seems to be no institutional mechanism of preservation that could embrace such sites. The centrality of migration in the global history of the twenty-ﬁrst century necessitates a diachronic strategy of mapping, documenting, preserving, and representing the longue dur´ee of suffering. Up to this point, the traditional deﬁnition of historic preservation has negated migration and, more frequently, has caused internal displacement. At the same time, contemporary migration is housed within spaces with long occupational histories and entanglements with the spatial politics and contested stratigraphies of the nation-state.