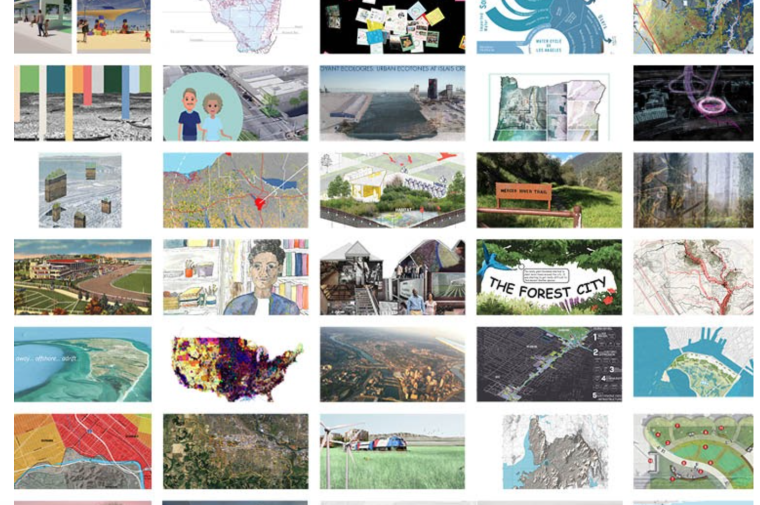 Some of the 670 proposals generated through the Green New Deal Superstudio, which are now online. 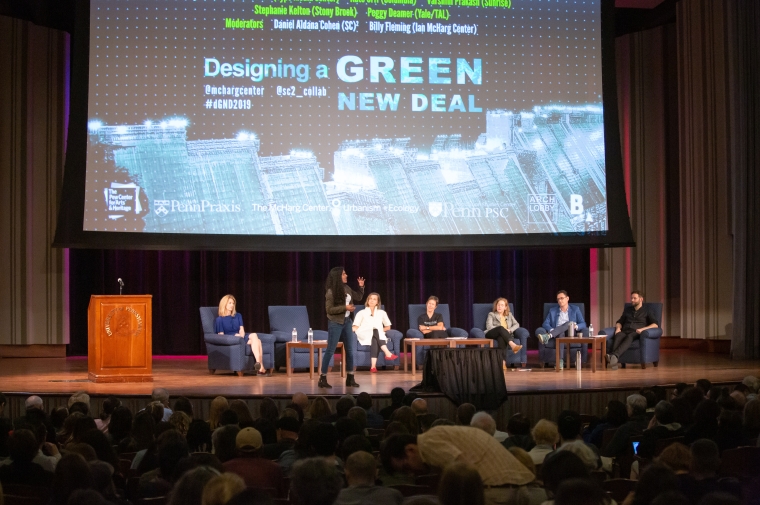 Some of the 670 proposals generated through the Green New Deal Superstudio, which are now online.

In the earliest planning stages of the Green New Deal Superstudio—an open call for design schools and firms to submit projects that could help decarbonize the U.S. economy while investing in jobs and social justice—organizers thought they might get 20 or 30 departments to participate. And even that would have been a success, says Billy Fleming, Wilks Family Director at The Ian L. McHarg Center for Urbanism and Ecology, who helped design the Superstudio with the Landscape Architecture Foundation (LAF), the Center for Resilient Cities and Landscapes at Columbia University, and other organizing partners.

Instead, the response was overwhelming.

Between August of 2020 and July of 2021, more than 180 design studios at 93 universities in 39 states and 10 countries responded to the Superstudio call, along with dozens of professional firms and individual designers and scholars. In all, they submitted 670 proposals aimed at “translating the core goals of decarbonization, justice, and jobs into place-specific design and planning projects.” The response was evidence, Fleming says, of a latent desire among designers and academics to participate in the broader social movement around the Green New Deal.

“[The Superstudio] became a kind of permission structure for departments and faculty and students to do a bunch of the things they’ve been wanting to do around climate justice for a while,” he says. “One of the things that Penn, LAF, and these other big institutions in the field can do is create some space for work and conversations like this to happen that might not otherwise be possible.”

The idea for the Superstudio was born during The McHarg Center’s Designing a Green New Deal conference in 2019, in conversations between Fleming; Richard Weller, co-executive director at The McHarg Center, Meyerson Chair of Urbanism, and professor and chair of landscape architecture at Weitzman; Kate Orff, associate professor at the Columbia Graduate School of Architecture, Planning and Preservation; and Barbara Deutsch, CEO of the Landscape Architecture Foundation. In 2016, LAF had organized the New Landscape Declaration, a call to action to “redesign our communities in the context of their bioregional landscapes enabling them to adapt to climate change and mitigate its root causes.”

This coming Saturday, as part of the 2021 ASLA Conference on Landscape Architecture in Nashville, Fleming is joined by Deutsch, Orff, and Roxanne Blackwell, federal government affairs director at ASLA, in a panel discussion of the complex intersection of policy and design and how designers can affect change, based on submissions to the Superstudio.

Weller credits the number of submissions, in part, to the LAF’s leadership and their ability to rally landscape architecture professionals.

“It’s up there with the biggest international competitions that designers ever do,” Weller says. “The enthusiasm for the topic ran right through schools across the nation.”

The proposals ranged from more-or-less typical landscape architecture designs under the brand of the Green New Deal to long-term visions for reimagining the highway network of Los Angeles to bold policy strategies for building community ownership of land. One throughline was a focus on spreading professional design to communities that don’t typically benefit from it, Weller says. But even with the wide variety of work included in the hundreds of submissions, Weller believes there was an opening for designers to go much deeper in exploring what it would look like to live in a world without fossil fuels.

“Everyone chose to apply their attention to underserved communities, so there’s a reorientation of where landscape architects should do their work,” Weller says. “No one did projects in parts of North America where there’s already plenty of design intelligence and money. The emphasis was on providing resources and design ideas for parts of cities that need a contribution.”

Students participated in dozens of studios at different times throughout the year, but the Superstudio dramatically broadened the community of peers that a graduate student typically has, says Al-Jalil Gault (MCP‘21), who took a Design and the Green New Deal studio with Fleming last fall. Gault, who now works as a research consultant at Econsult in Philadelphia, says more people also take note of design work that’s connected to social and political movements. After seeing his work in the studio and with the Climate + Community Project, Gault says a design firm he used to work with asked him to come back and make a presentation to its staff. The studio helped him reconnect with friends at other universities, and make new ones.

“It makes me feel really optimistic about us as a collection of designers when I see us doing work that is socially relevant and environmentally relevant,” Gault says.

The organizing partners of the Green New Deal Superstudio, which include the American Society of Landscape Architects (ASLA) and the Council of Educators in Landscape Architecture (CELA) along with The McHarg Center, LAF, and Columbia GSAPP, are currently planning a follow-up event for the spring of 2022, to extend the discussion of how designers can help actualize the Green New Deal. Already, it’s had more impact than many of the organizers anticipated, Fleming says.

“To see us go in just a couple of short years from the Green New Deal being kind of a whisper in design circles, from being either ignored or undermined in some cases, to it now being something that has in some ways the endorsement of all of these major institutions, and at least the interest of hundreds or thousands of faculty, it’s just overwhelming,” Fleming says. “I never expected it to be this big, this fast.”