PennPraxis Panel Digs Into Preservation and the Public Good 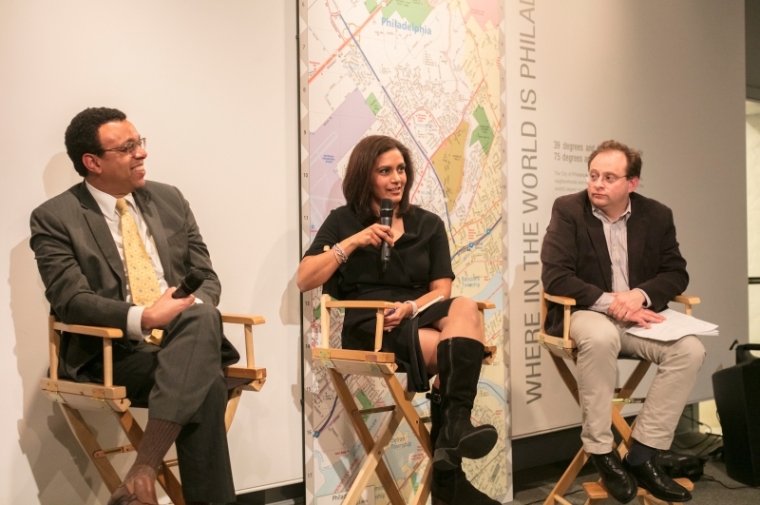 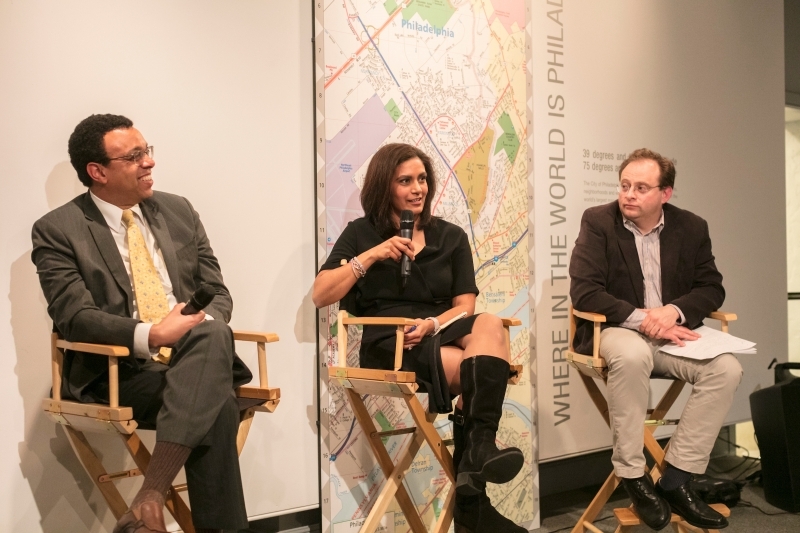 On Instagram, there are something like 1,500 photographs tagged with the phrase “This Jawn Matters,” a twist on the National Trust for Historic Preservation’s “This Place Matters” campaign, customized for Philadelphia. Mostly, the photos depict iconic old buildings or neglected places in far-flung neighborhoods. The tag is meant to remind people that although a space may be run down or held over from a bygone era, its value endures.

But while proclaiming the value of something old and abiding is often an act of intuition, city dwellers and preservationists are increasingly being called on to go a step further. Why do these places matter? And what is their value, exactly? On Tuesday night, a panel convened by PennPraxis, celebrating its 15th anniversary and continuing its series of dialogues on “the public good,” dug into those questions from a range of perspectives.

The public good needs to be protected and defended, said Randall Mason, PennPraxis’s Director and Associate Professor and Chair of the Graduate Program in Historic Preservation, who moderated the panel, but first it needs to be articulated. “Stewardship of built heritage is a basic urban function, a social need, and conceptually and legally a public good,” Mason wrote in an essay published on PlanPhilly. Historic preservation is practiced by everyone, from the individual to the family unit and outward, Mason said, so the question for cities is not whether to do preservation, but how.

Faye Anderson, director of All That Philly Jazz, said that she became a preservationist through the lens of activism. Old buildings matter primarily because of the people who lived in them and the stories they contain, she said. She was aghast at the threat to the First African Baptist Church building in South Philadelphia two summers ago. In the 19th century, two of the church members had sold themselves into slavery in order to free a slave who would become the pastor. How could the city dishonor that sacrifice by removing the only physical reminder of what the congregation had been through? Likewise, Anderson said, Philadelphia should treasure its association with jazz great John Coltrane, whose former house is still standing in Strawberry Mansion. Historic buildings matter, she said, because black culture matters. Racial inequalities reflected in the built environment are important to understanding American history, Anderson wrote on PlanPhilly, and the stories of perseverance they symbolize are continually relevant.

Growing up in Society Hill, Wendell Pritchett, Presidential Professor of Law and Education at Penn, was immersed in preservation from childhood. Though that neighborhood eventually became very homogenous—accessible almost exclusively to the well-off—it’s still regarded as one of the most expansive and successful preservation projects of the Urban Renewal era. The values of historic preservation can be hard to articulate, Pritchett wrote on PlanPhilly, but they are key to our understanding of who we are. The first questions that native Philadelphians ask each other is what neighborhood they grew up in and what high school they went to, he said. Historic places are important because, in part, they define the people who live with them. Pritchett rejects the view that Philadelphia’s preservation environment is beleaguered, and believes that the city has a more sophisticated hold on the issue than most others.

Prema Gupta, a PennDesign alumna (MSHP’05) who directs the planning and development of the Navy Yard for PIDC, has come to approach historic buildings for their “intrinsic economic value,” as she wrote on PlanPhilly. Old buildings lend a strong sense of identity to a place, and that is attractive to the younger workforce. Gupta said that her success is measured by the number of jobs created and tax revenues generated, but even so, people talk about the Navy Yard foremost as a preserved historical environment. She believes Philadelphians are beginning to reject the “false choice” between preservation and development. While some are reluctant to identify as preservationists, fearing that the label implies they value buildings over people, she thinks there is room for an “intersectional preservation,” one that embraces all the various public goods that are served by maintaining historic places.

“What’s worrisome, at least to a practicing preservationist like me, is the tendency to veer from one credo or manifesto to the next without remembering what the last one achieved,” Aaron Wunsch wrote on PlanPhilly. For Wunsch, Assistant Professor in the Graduate Program in Historic Preservation at PennDesign, preservation is important because it reinforces a sense of place, and because it works toward sustainability, and because it can have economic benefits for cities. But those things don’t matter unless a core value of preservation can be articulated independently of those benefits. He understands why people hesitate to call themselves preservationists, or -ists of any variety, but believes that something is lost in the fight for preservation when people don’t commit, even if the label doesn’t perfectly fit. As a historian, Wunsch believes that a fundamental value of a preserved environment is the fact of “history made visible.” Unlike Pritchett, he said that preservation in Philadelphia is undervalued and underfunded. Zoning, housing, and tax policies all need to be considered with the values of preservation in mind, he said.

Mason wrapped up the panel by asking the speakers to name a place that embodies the idea of preservation as a public good. Their responses are below.