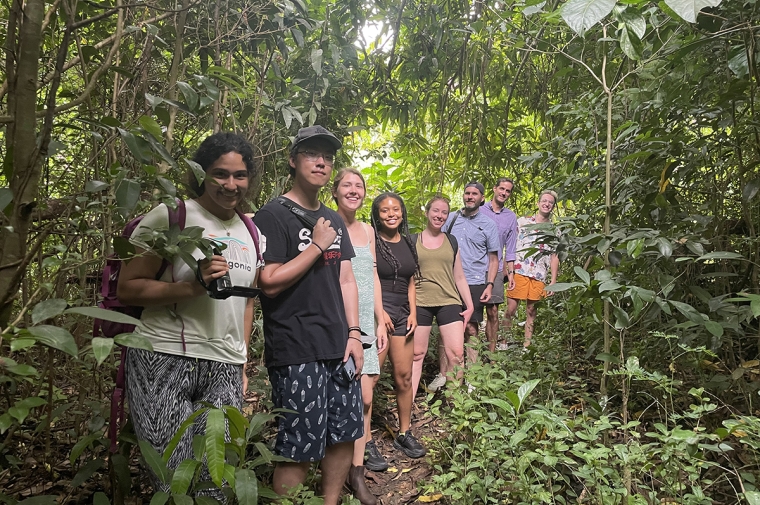 Students from Scott Page's city and regional planning studio, which focused on the future of St. Thomas in the US Virgin Islands 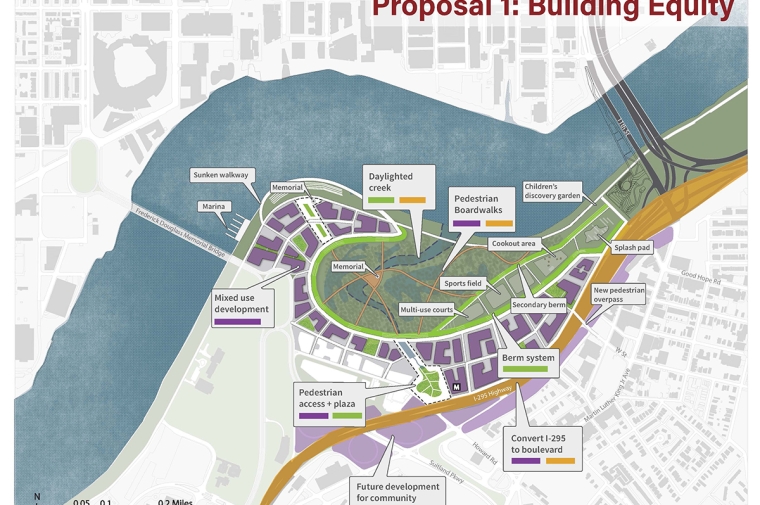 Proposal for development of Poplar Point in Washington, DC, created as part of Nando Micale's city and regional planning studio 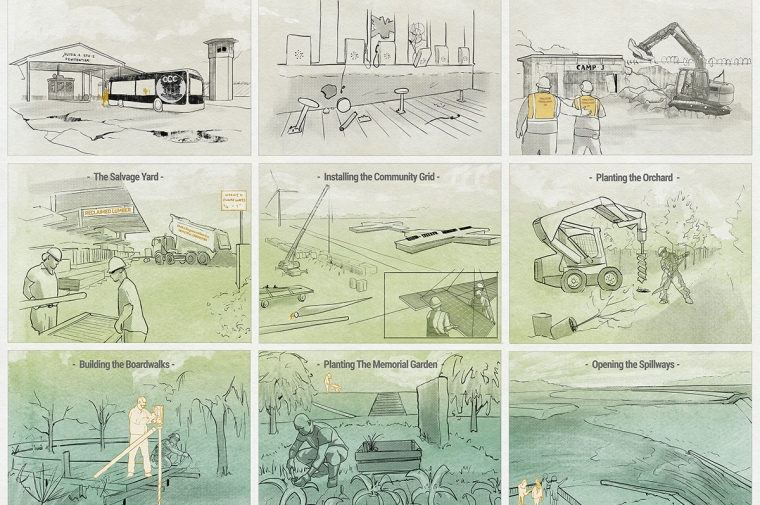 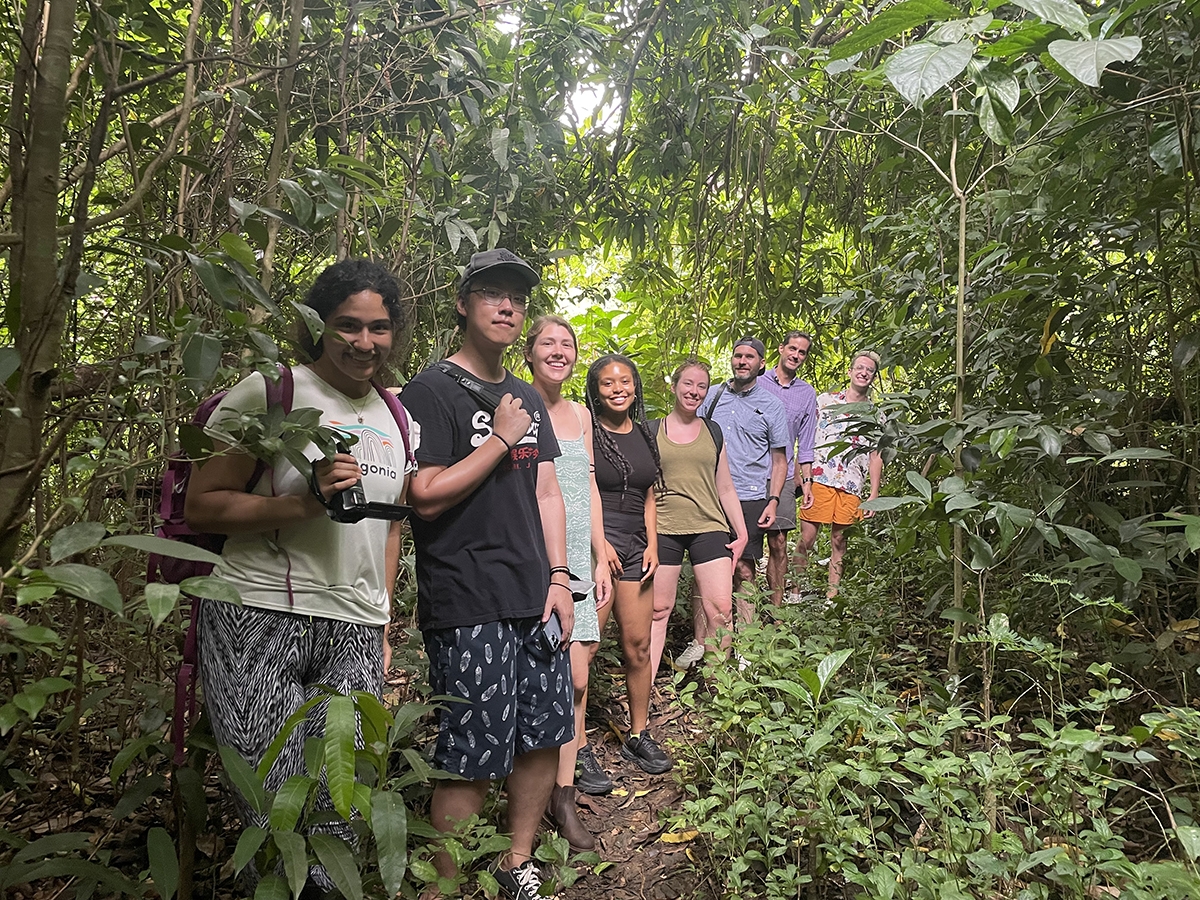 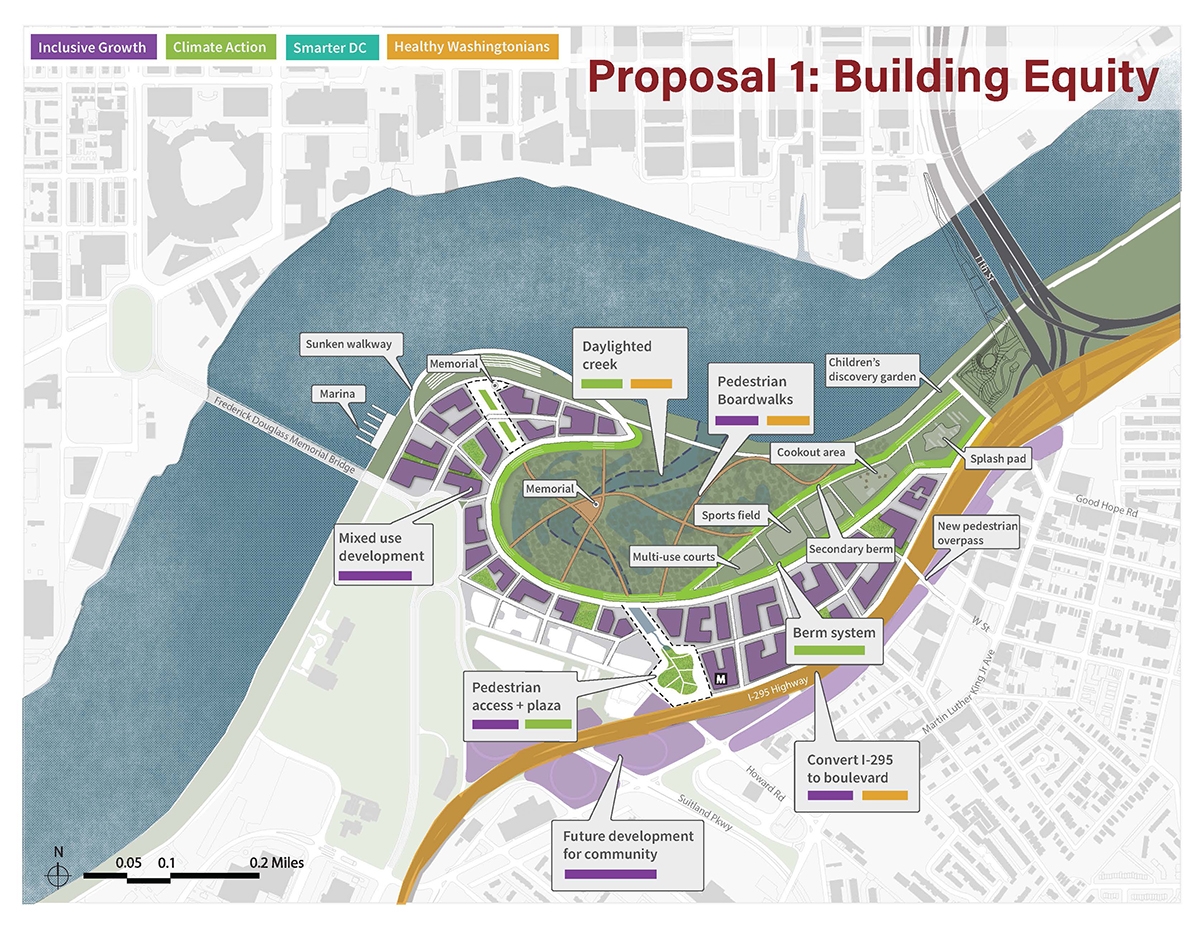 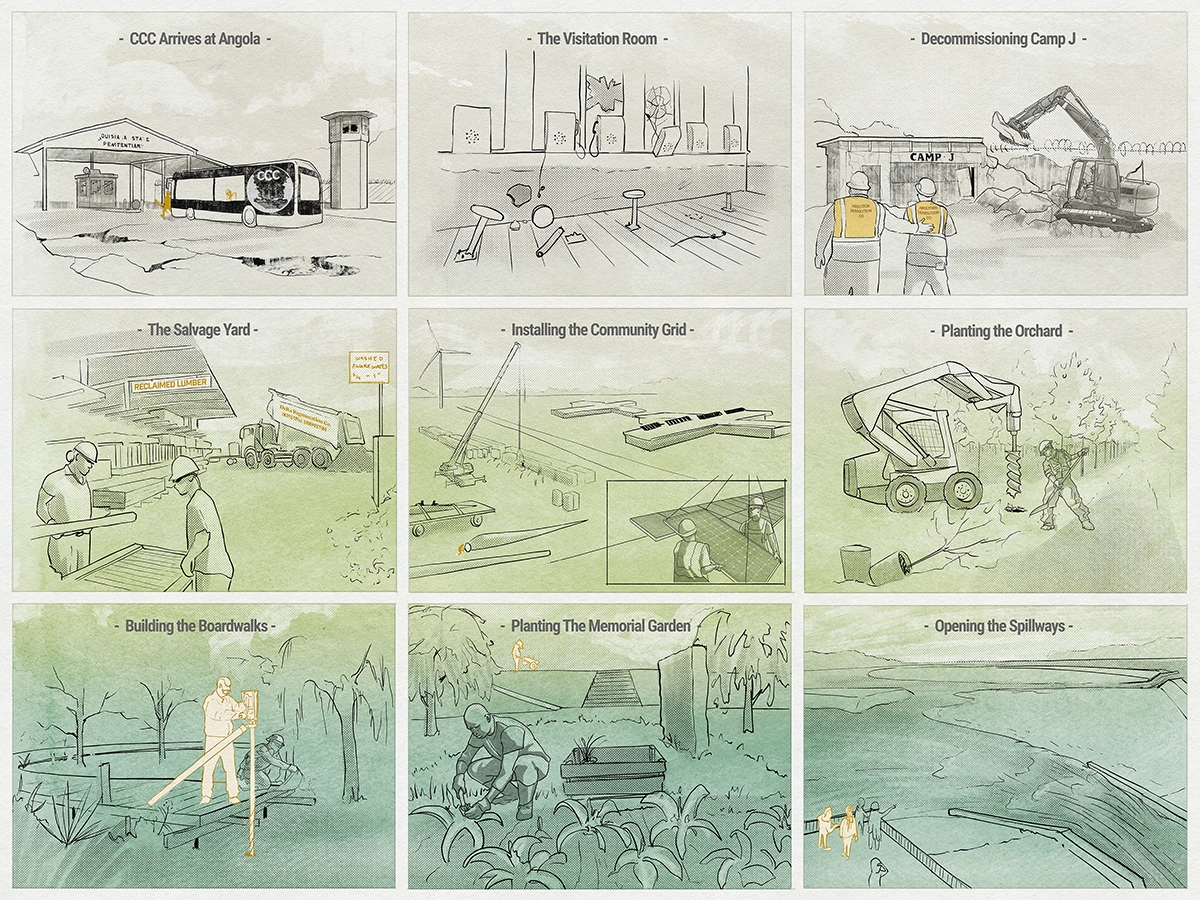 Students from Scott Page's city and regional planning studio, which focused on the future of St. Thomas in the US Virgin Islands

Proposal for development of Poplar Point in Washington, DC, created as part of Nando Micale's city and regional planning studio

With storms, floods, heat waves, and cold snaps growing more intense by the season, climate change is no longer just a future concern, but a daily reality. The work of planning resilient spaces and cities, therefore, increasingly requires urgent interventions alongside long-range visions. In the fall of 2021, students in landscape architecture and city and regional planning studios at the Weitzman School grappled with the varied challenges of planning for climate change. Their work took place at multiple spatial scales, across decades, and in diverse communities, from the U.S. Virgin Islands to the nation’s capital. Below is a sample of the work they produced.

Poplar Point is a 110-acre property on the east bank of the Anacostia River and “one of the last great urban waterfront redevelopment opportunities on the East Coast,” according to the Washington, D.C. Office of Planning. This fall, students in a Weitzman City and Regional Planning studio worked with the Office to develop two visions for the site’s future. Development pressure is already building on the Anacostia waterfront, says Lecturer Nando Micale, who led the studio along with lecturer Danielle Lake. The area also has high poverty and faces unique threats from climate change, including sea-level rise and more intense storms, Micale says, “so the studio addressed social, economic, and environmental resiliency, with a focus on equity.”

Students worked together on four alternatives for Poplar Point’s development, then split into teams to develop two visions selected by the Office of Planning. One vision, the Building Equity district, focused on developing the site to maximize social and economic equity, with nearly a third of new housing reserved for people who can’t afford market-rate rents. The Eco-Cultural proposal left more undeveloped land in the floodplain, to make space for a wetland park and gardens. Both plans took a “systems approach” to balancing interests around development, housing, transportation, and the environment to center resilience in the district’s design,” says Julia Elizabeth Verbrugge, a second-year Master of City Planning student.

“The real thrust of the plan,” Verbrugge says, “is to allow the community to live with water.”

For several years, Weitzman Lecturer Scott Page has led a fall studio in the Department of City and Regional Planning focused on planning for sea-level rise in Rhode Island, but this year, he took the studio to the U.S. Virgin Islands, partnering with local officials and the University of the Virgin Islands to explore the future of St. Thomas. Though St. Thomas is surrounded by the sea, says Page, a lecturer in city and regional planning and principal at Interface Studio, its challenges with water go beyond sea-level rise. ⁠

“They have this really beautiful mountainous topography, and part of the problem is that rains get caught in those mountains,” Page says. “They get caught in ‘guts,’ or streambeds, and water works its way down the gut and then slowly to the ocean … A lot of resorts are getting storm surge on one side and water rushing down the mountain from the other side.” ⁠

The climate-change questions were what drew Celine Apollon, a second-year Master of City Planning student, who had previously focused on community development and urban design, to the studio. But the island’s challenges go beyond the environment as well, with a tourism-driven economy and the problem of importing most necessary goods. Students first made an analysis of the island’s climate risks, and then developed specific adaptation plans that centered on considerations of economic and environmental justice. Apollon’s team focused on helping small businesses and local entrepreneurs manage the local economy, using apps like Quipu, which help to organize informal marketplaces. It was “humbling” to learn how different the structure of society is in other parts of the U.S., Apollon says. ⁠

“The best part for me was working with the people who were in our class,” she says. “It was a really good group of people and we worked so well together.” ⁠

What would the world of the Green New Deal look like? How can it be achieved? For the last three years, students in Billy Fleming’s city and regional planning and landscape architecture studio, Designing a Green New Deal, have dug into the details of those questions. ⁠
⁠
During the past two iterations of the studio, students focused on the regions and industries they thought should be prioritized in a Green New Deal, with its billions in proposed investments in climate, economic, and racial justice. For the Fall 2021 studio, the cohort zoomed in on the carceral, fossil fuel, and industrial agriculture industries in Appalachia and the Mississippi Delta. They created a field guide to each region, exploring the history of the “coal-to-prison pipeline” in Appalachia and the “plantation-to-prison pipeline” in the Delta. They also developed how-to manuals for dismantling those social structures and renewing the lands they have extracted from. Finally, they created a series of “climate fictions” to describe the possible futures of those regions, based on the threats that face them today, as well as the political and environmental possibilities tied to the Green New Deal. ⁠
⁠
“It was focused on taking ideas that might seem impossible or not plausible and showing not only how they can be possible but why they’re needed, and how we can get there,” says Leeana Skuby, a second-year Master of City Planning student. ⁠
⁠
Materials developed in the course, along with the two earlier studios, will live on in various formats, including a possible Boston Public Library exhibition in 2022, and in the offices of policymakers like Congresswoman Alexandria Ocasio-Cortez, Fleming says. For students like Jackson Plumlee, a second-year dual MCP-MLA student, it was rewarding to see at the final review how the work resonated with people in the policy world. ⁠
⁠
“We came away with a set of work that can reach far beyond the design community,” Plumlee says. “It’s so important to see these things come to life in images, because that gives people a way to imagine what a different future is going to look like.” ⁠