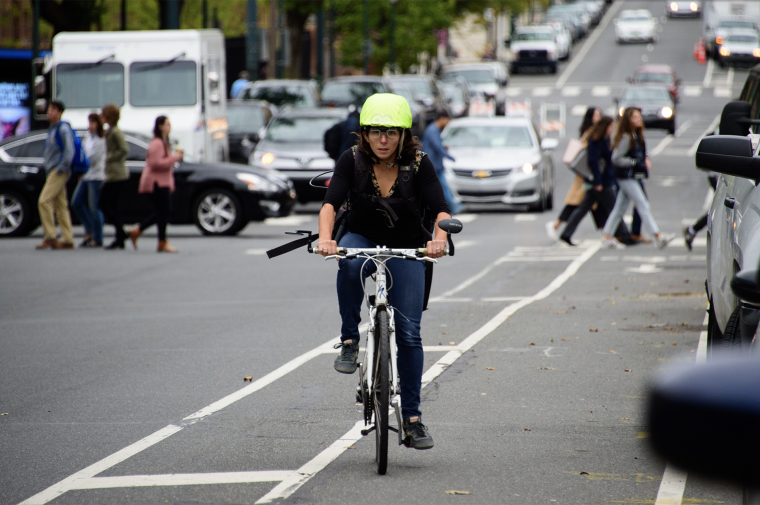 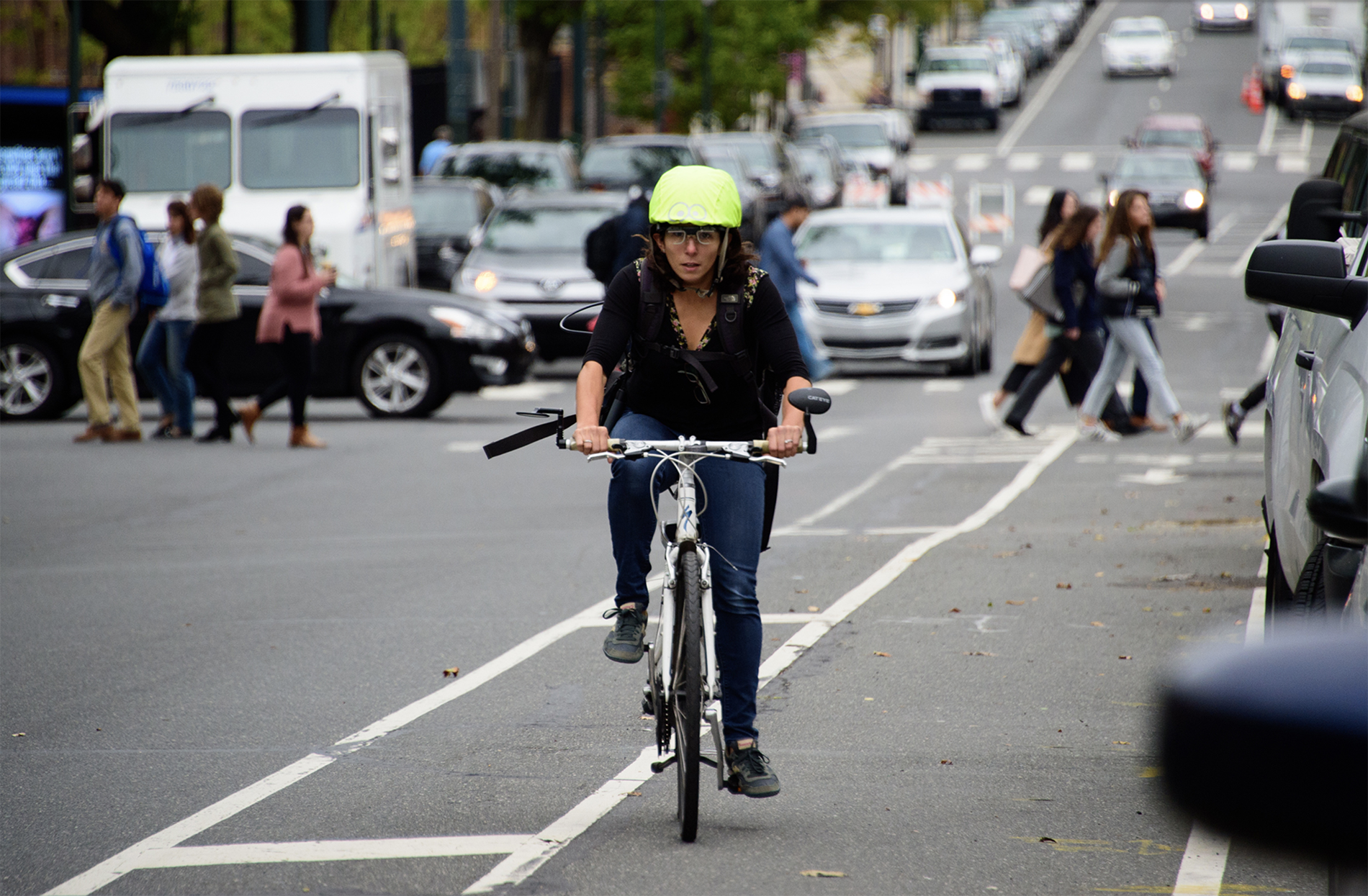 Public transportation is a cornerstone of urban infrastructure, with agencies like the Southeastern Pennsylvania Transportation Authority (SEPTA) making millions of trips every year. Now, with widespread reductions in ridership, the pandemic’s impact on public transit could lead to reduced service, fare increases, and staff layoffs, proposals that would significantly impact communities that are already lacking transportation access.

But while some speculate that COVID-19 could mean the end of public transportation, others see the ongoing public health crisis, as well as renewed attention to racial and social justice, as an opportunity to make transportation more equitable in the future. This includes Megan Ryerson, the UPS Chair of Transporation and associate dean for research at Weitzman, who leads a team of students from the School of Engineering and Applied Science, the School of Arts & Sciences, and the Weitzman School in conducting complex real-world studies to redefine how to plan and evaluate transportation’s role in mobility and equitable access.

Ryerson’s transit, safety, and equity-focused research brings together advanced methods and attention to individuals, with the goal of providing new, actionable guidance on how transit planning can be centered on equity and justice. In addition to her research on aviation and climate change and the future of intercity travel and autonomous vehicles, Ryerson also heads the Center for Safe Mobility (CSM), which conducts research focused on improving urban transportation by developing new evaluation methodologies for transportation system equity and safety.

Transportation research often employs quantitative methods on large transportation datasets or qualitative data from traveler interviews, but Ryerson says that research focused on complex human-centered concepts of equity and safety require a blending of these methods and data. Specifically, Ryerson’s team pairs large public datasets on, for example, bus ridership, roadway congestion, and traffic crashes, with data the team collects directly from travelers. The team conducts surveys, shadows travelers, and uses eye tracking glasses and other biometric devices to capture how travelers respond to their environment in real time.

Even though conducting investigations on working streets and in transit stations is challenging, it allows the researchers to understand how people truly experience and use a space. Department of City and Regional Planning lecturer and former CSM Director Carrie Long explains that their approach to collecting analyzing data from real-world environments is required: “The real streets are complex, so it makes sense to also get complex data and work with it,” says Long.

Camille Boggan, a research assistant in Ryerson’s lab and a second-year city planning graduate student, agrees that these real-world studies provide richer datasets for asking and answering questions. “It’s exciting, even though it’s hard, because you realize that everyone experiences navigating very differently,” says Boggan.

Boggan, who recently received the Outstanding Student of the Year Award from the U.S. Department of Transportation, has also seen first-hand the challenges of studying public transportation through the lens of social justice. Her Master’s thesis project is focused on an area of transportation equity that is often overlooked: access for women, caregivers, and children. She is interested in developing a new method of evaluating how well Philadelphia’s public transportation network functions by examining it from their perspective. From her research experience as an undergraduate, she also understands how using a mix of methods is essential. “There's so much you're going to miss if you’re not collecting the right data. And sometimes to do that, you have to actually ask or observe travelers themselves,” says Boggan.

Joshua Davidson, a city and regional planning Ph.D. student in Ryerson’s lab, also has a long-held interest in transportation equity. For his Master’s thesis, Davidson worked with Ryerson on a new set of methods for studying spatial mismatch—the lack of connectivity between communities and employment centers—and how patterns such as reverse commuting, people traveling from the city to the suburbs for work, differed between socioeconomic and demographic groups.

“One of the main things we recommended is that the racial and socioeconomic impacts of reverse commuting might necessitate greater public transport investment to connect commuters to job centers outside of Center City,” Davidson says about his thesis’ conclusions. “But the data we used didn’t have information on how people travel, so it could only just be a policy suggestion.”

In 2018, while meeting with members of the Pennsylvania transportation community including Leslie Richards, SEPTA’s general manager and a lecturer at Weitzman, Ryerson and Davidson learned of the plans for SEPTA’s first new bus route in 20 years. They immediately saw a unique opportunity to collect exactly the sort of data they’d been missing before.

Launched in February 2019, SEPTA’s bus Route 49 was designed to link the Grays Ferry and Strawberry Mansion neighborhoods with 30th Street Station and University City. “Route 49 was this opportunity to study a bus route that was purposefully planned to connect low income areas to a major job center,” says Davidson. “It’s not reverse commuting, but it’s the same interest: what happens to isolated parts of a city when they have new connections to major job centers.”

With SEPTA’s support, Davidson and urban studies senior Sophie Lee spent the summer of 2019 conducting nearly 400 interviews with Route 49 riders, collecting data on travel patterns, ZIP codes, how riders learned about the route, reasons for taking the trip, what other bus routes they use, where they got on, and where they were going. The on-board surveys were designed to be done in less than 10 minutes, to catch people before they disembarked, and the team also conducted seven long-form interviews with Route 49 riders who work in University City.

The overarching idea behind this study was framed around the concept of “Commute Knowledge,” or how people learn about, experiment with, and change their travel patterns on public transport, explains Davidson. “In all of these questions, such as how they learned about the route or what they decided to switch from, there’s also this unique opportunity in that [SEPTA] didn’t cut service. Everyone was opting in, so it’s a neat way to start to learn about it,” he says.

Their results, recently presented at the Association of Collegiate Schools of Planning annual meeting, showed that Route 49 provided riders with greater exposure to age, social, and income diversity compared to their previous route. This exposure could enable more democratized mobility by providing new connections for people to jobs, the researchers say. “By providing this new transportation line, SEPTA really reduced some of the segregation that’s present in in the city’s transportation,” adds Ryerson.