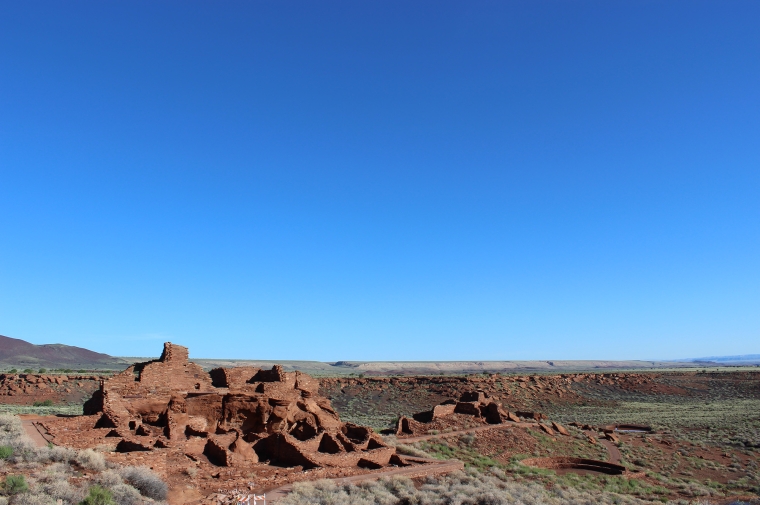 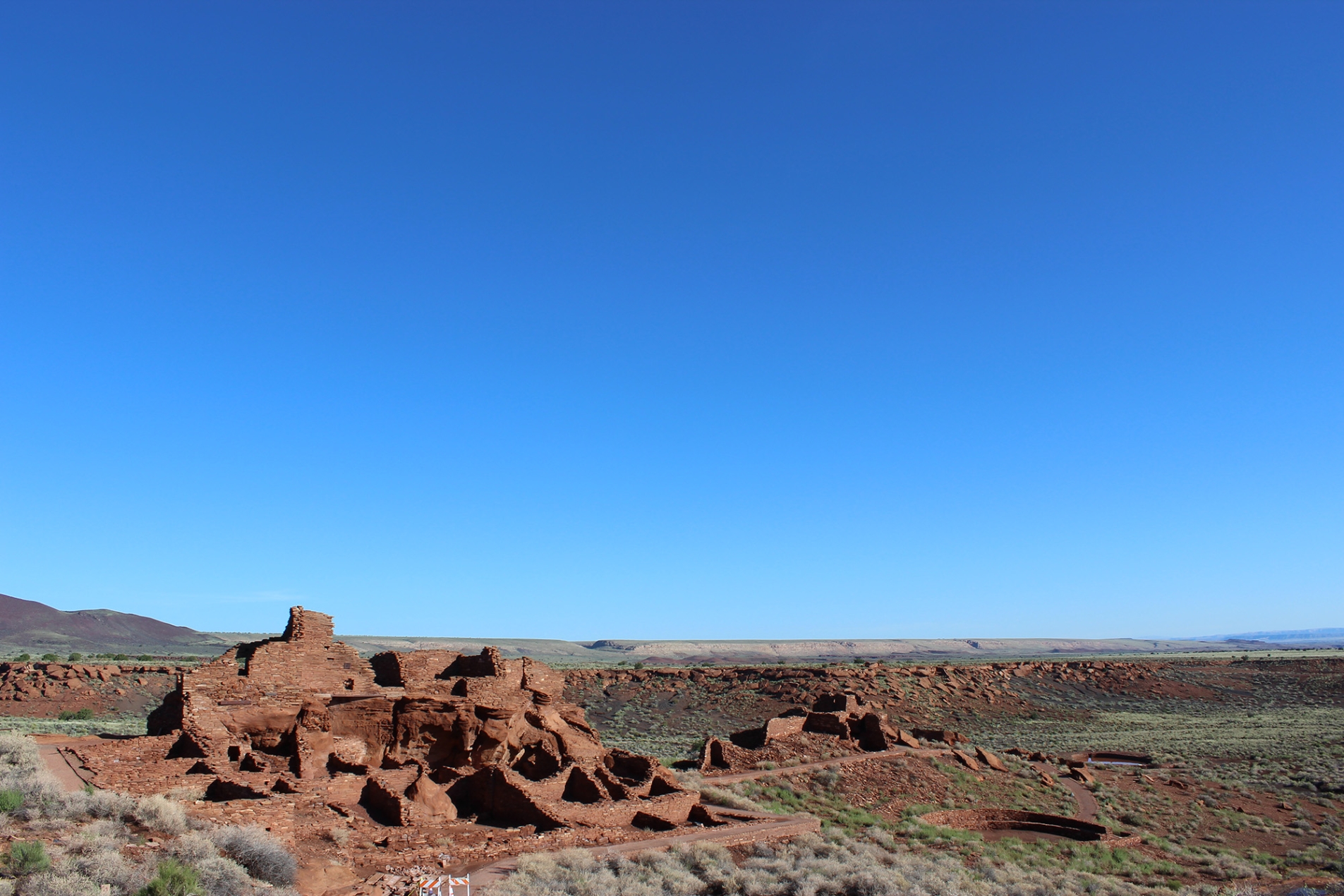 The Center for Architectural Conservation at Weitzman has received a $1.3 million grant from Getty to develop a conservation and management plan and professional training program for Wupatki National Monument in Arizona.

Wupatki National Monument and its sister Monuments, Walnut Canyon and Sunset Crater Volcano, are unique in North America for their exceptionally well-preserved archeological record, their geographical diversity, and their ancestral significance to Northern Arizona American Indian communities. All three monuments are units of the National Park Service (NPS), a longtime partner of Weitzman’s Center for Architectural Conservation (CAC).

“Reflective of contemporary concerns that address climate threat and cultural appropriation, this project will develop a framework for integrated site stewardship based on an understanding of sustainability as both a physical and cultural necessity,” says Frank Matero, CAC’s director and professor and chair in the Graduate Program in Historic Preservation. “Identifying the vulnerabilities of sites like Wupatki is perhaps the most critical challenge currently facing all cultural and natural resource managers today. Mitigation, resilience, and adaptation in the form of renewed cultural partnerships with affiliated tribal communities will move the conservation needs front and center in this model project.”

Once home to the ancestors of the Hopi, Zuni, Navajo, Yavapai, Havasupai, Hualapai, and several bands of Apache and Paiute, the Wupatki landscape holds a precious record of migration, trade, and other practices dating back to the 11th century. In addition, many Northern Arizona American Indian communities view the Wupatki village as continuously inhabited by their ancestors.

Wupatki National Monument’s cultural heart is the impressive 900-year-old Wupatki Pueblo, a traditional multi-room stone masonry complex that housed as many as 100 residents and today draws more than 200,000 visitors annually. The Pueblo has undergone various preservation campaigns and ongoing maintenance over the past century, and as such is an example of preservation attitudes and techniques in the American Southwest for over a century. However, extreme weather events from global warming have accelerated deterioration and damage to the structures and their surrounding cultural landscape. The site is also at risk from seismic instability, flooding and debris slides. Aging repairs and an incomplete understanding of the complexities of how sites like Wupatki deteriorate, especially in a changing climate, require adaptive strategies for the preservation and better management of all built heritage, especially archaeological sites.

“Getty has championed best practices in archaeological site preservation for decades” says Joan Weinstein, director of the Getty Foundation, the grantmaking program of the J. Paul Getty Trust. “With climate change now impacting so many treasured sites throughout the Southwest, the project at Wupatki National Monument promises to make a major contribution to their protection, enriched by the participation of affiliated tribal communities.”

As part of its engagement at Wupatki, the Penn team and partners will also expand professional training, cultural heritage education, and career discovery opportunities for Native youth focused on the conservation of American Indian ancestral sites, including a 12-week summer program in partnership with Conservation Legacy’s Ancestral Lands Conservation Corps. The program will incorporate fieldwork, job shadowing, and mentoring by cultural resources advisors from Northern Arizona Tribes and a 10-week summer internship program for Native degree-seeking students through Northern Arizona University.

“Ancestral Lands Conservation Corps is excited to partner with Wupatki National Monument and Vanishing Treasures, Getty and the University of Pennsylvania on this great project, protecting and preserving these ancestral sites for current and future generations to enjoy and honoring the ancestors who built them generations ago,” says Chas Robles, director of Ancestral Lands Conservation Corps. “ALCC has partnered with the National Park Service to engage Indigenous young people in meaningful conservation and national service programs that create positive impacts for our communities, the environment and our participants.  Projects such as this one are incredibly impactful for our participants, who are descendants of the original architects and builders of these places.”

The National Park Service has a long history of advancing the practice of built heritage conservation to protect and preserve natural and cultural resources for the American public. As the National Monument approaches its 100th anniversary in 2024 within the NPS, the Wupatki project is uniquely positioned to expand the scope of the typical Conservation and Management Plan, which addresses past and current conditions of and threats to structures and landscapes, management priorities, and applied solutions for continued conservation and interpretation. An important aspect of the project will be identifying how such classic heritage stewardship can be better informed by Indigenous values and practices. If successful, the methodology could serve as a model for similar sites in the region and beyond.

“One long-term goal of the project is to continue to develop and strengthen an already active community of practice. This includes a network of local Indigenous stakeholders, NPS staff, students, faculty, and other professionals from related fields to support conserving critical heritage resources in national parks in the West,” says Lauren Meyer, program manager of the NPS Intermountain Historic Preservation Services and project co-director for the National Park Service. “This will involve working closely with site stewards and stakeholders to understand the variety of resource values, as well as the many challenges to conservation and management to develop proactive and long-lasting solutions.”

Partners from the National Park Service include Wupatki Cultural Resources Program, Vanishing Treasures Program, and the Western Center for Historic Preservation, a preservation training arm of the NPS. Also on the team is Paulo Lourenço, professor of civil engineering at the University of Minho in Portugal and an expert in historic masonry and seismic risk, whose team will study the structural performance of Wupatki’s rubble stone and earthen mortar construction systems.

In carrying out its work at Wupatki, the Penn team draws on engagements currently underway at other climate-vulnerable cultural heritage sites throughout the American Southwest, among them Fort Union National Monument and Pecos National Historic Park, New Mexico and Tumacacori National Historic Site and Tuzigoot National Monument, Arizona. As public health guidelines allow, work will begin this fall with a final report in 2024.