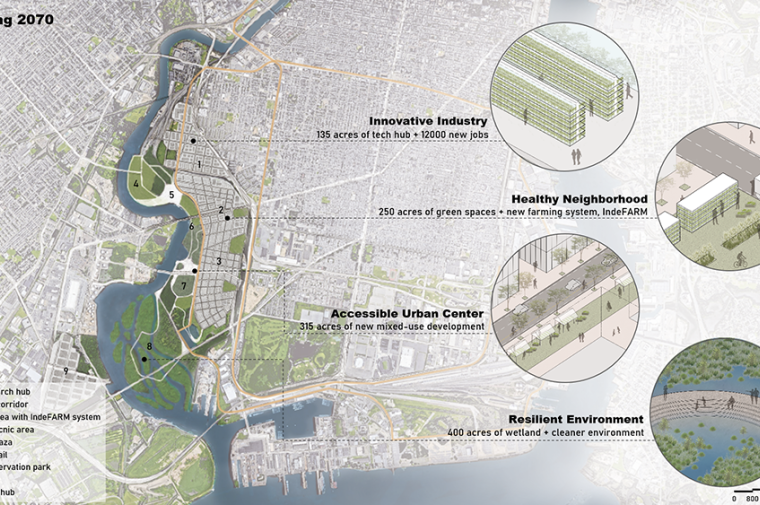 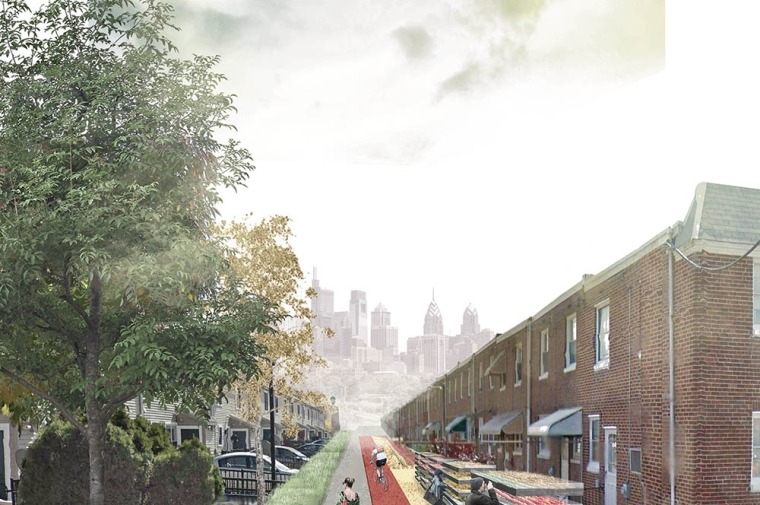 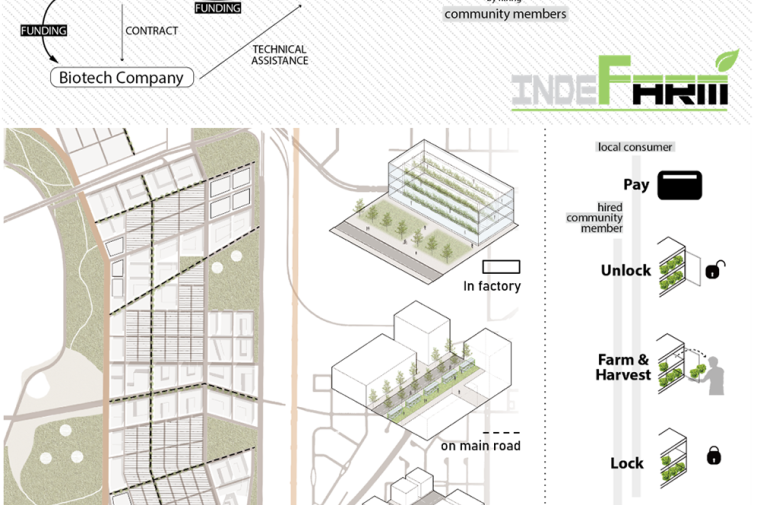 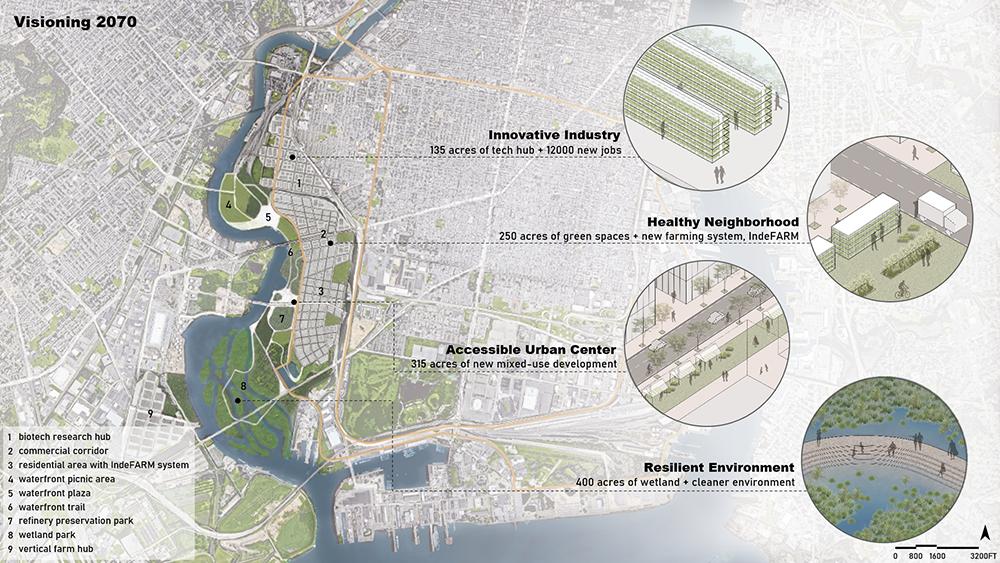 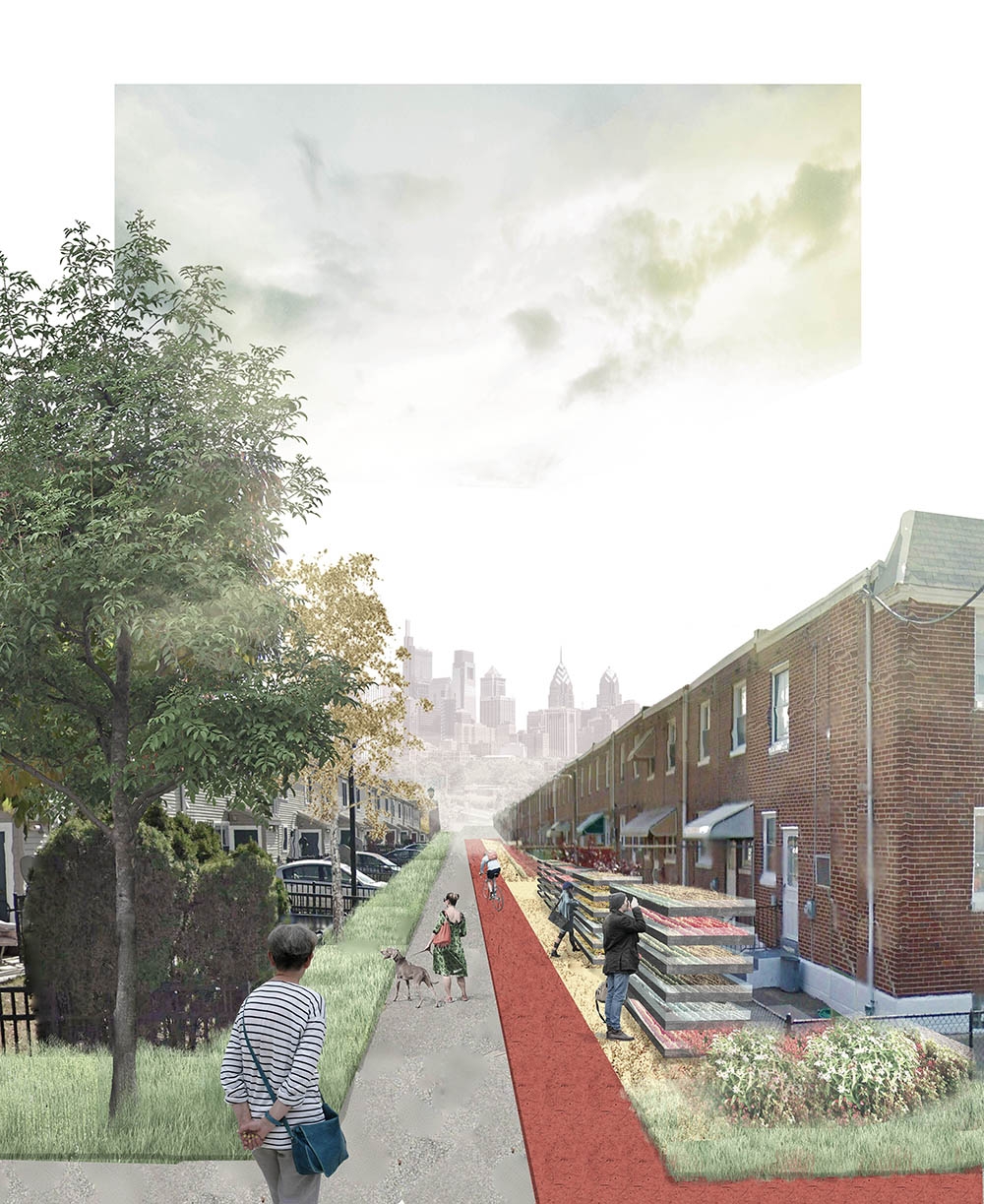 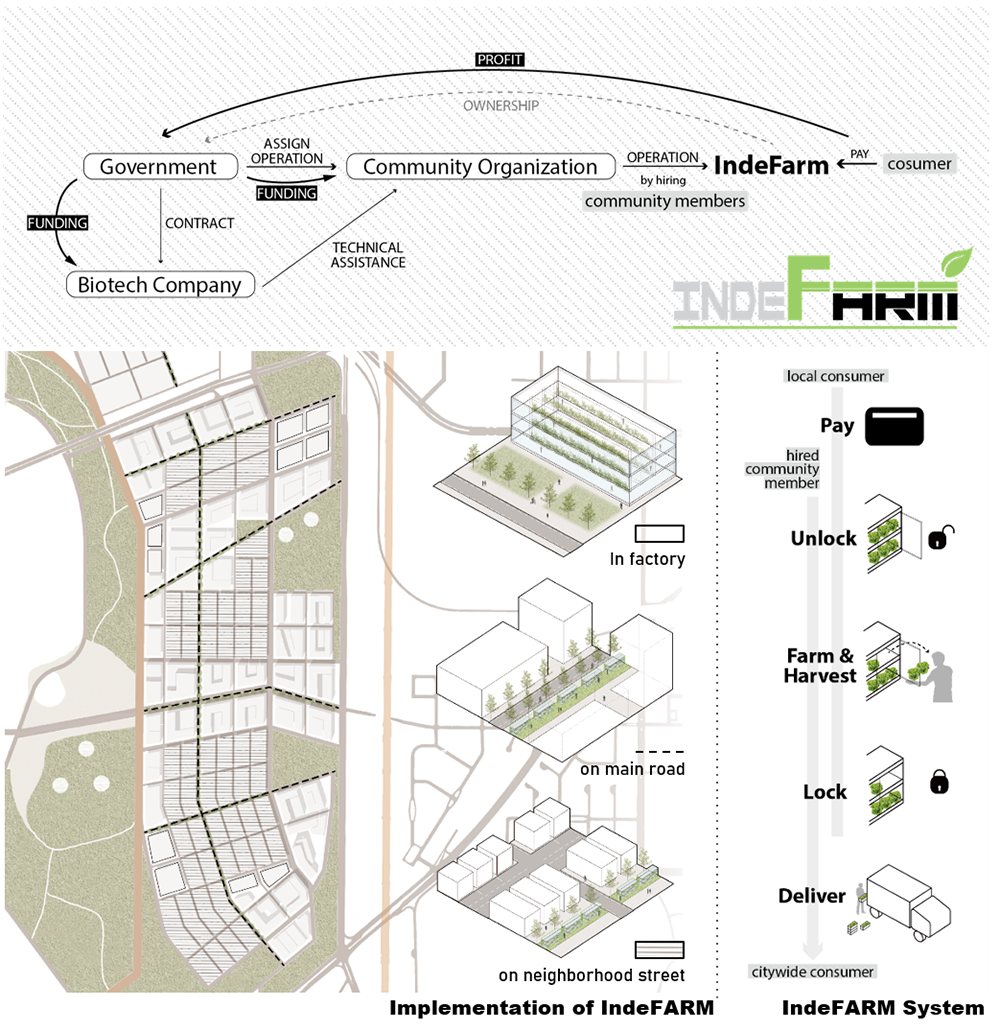 ­A team of Master of City Planning and Master of Landscape Architecture students at Weitzman won an Edmund N. Bacon Urban Design Award from Philadelphia’s Center for Architecture and Design. The Award was presented in a virtual event held on February 11, and the students’ design will be featured at the upcoming Design Philadelphia festival and on the Center’s website.

“We wanted our project to be not only clear and feasible but also novel at the same time,” says Chiu.

The students met in a contemporary urbanism course at Weitzman in the spring of 2020. Chiu and Kim, who are pursuing a Master of City Planning, had done a studio project in the Grays Ferry neighborhood, and they were interested in exploring surrounding areas, so they asked Shin and Wang, who are pursuing a Master of Landscape Architecture, to collaborate for the competition.

Founded in 2006 in memory of Philadelphia’s iconic 20th century city planner, Edmund N. Bacon (1910-2005), the annual Edmund N. Bacon Urban Design Awards honor both professionals and students whose work epitomize excellence in urban design. The student competition is open to undergraduate, graduate, and doctoral students in any field of study who matriculate during the fall semester coinciding with the competition.

This year’s professional honoree is Mindy Fullilove, a social psychiatrist and professor of urban policy and health at The New School, New York, who spoke at Weitzman’s 2017 Commencement Ceremony. Previous honorees include Judith Rodin, president of the Rockefeller Foundation and past president of the University of Pennsylvania, and Denise Scott Brown (MCP'60 and MArch'65).

Edmund Bacon is recognized as one of the most significant city planners of the 20th century. As Executive Director of the Philadelphia City Planning Commission from 1949-1970, his design concepts shaped the physical landscape of the post-World-War-II city. Bacon’s work had such national significance that he was featured on the cover of Time magazine in 1964, and brought Philadelphia into the national spotlight as a city that was ambitiously planning for its future.