The CFP is a unique inventory and analysis of roughly 500 of NYC's live music venues - a never-before-seen description of NYC's creative space and its role in the City. Through the lens of creative space, the CFP explores the city from borough to borough, neighborhood to neighborhood. The report "asserts the importance of affordable creative space to a city centre’s social and economic health and recommends that affordable working creative spaces should be a vital component ... throughout the city."

Major findings included a detailed description of the central cluster of cultural venues in Midtown and Lower Manhattan and adjacent areas of Brooklyn. Manhattan's venues tended to be larger and older than those elsewhere and presented less experimental content. As CFP's Ross Gardiner told the New York Times at the report's presentation, “the most creative stuff tends to happen in the outskirts, with a lot more of the mainstream programming happening closer to the areas where it’s much more expensive to be.”

Venues are subject to stress because of the the intense competition for space in desirable areas of the City. PennPraxis' analysis found that areas with venues tend to have more transit access, higher concentrations of young adults, and more quickly accelerating rents than areas of the city without venue spaces. These inter-related forces suggest a motivation for venues to cluster in certain areas and for less commercially oriented venues to seek spaces in areas adjacent to existing concentrations of venues.

The CFP is also designed to assess the health of a city's creative scene - assigning it a score which it can use to track its progress and compare itself to other cities. Much of the score's basis is in the regulatory framework at the municipal level - licensing codes, blue laws, governance and other factors play a role. New York scored a 7.29 out of 10, slightly less than Berlin, the only other city studied by the CFP.

In the last several years, numerous European cities have adapted some version of Mirik Milan's "Night Mayor" concept - trying to integrate a new, round-the-clock set of philosophies for governance and promotion of creative industries. New York is the latest and most notable city to do so. The New York Times detailed Ariel Palitz's week-long "listening tour" - which kicked off at the Creative Footprint presentation.

Ultimately, the CFP's public is the community of people who participate in the creative industries. The CFP data set was the product of working groups of 150 New Yorkers who identified and described every venue in the data set with dozens of attributes. How frequently does a venue host live events? Is it a bar, club or theatre? What is the volume of foot traffic? How likely is it to present "experimental" programming? The venues in the inventory include everything from unregulated "DIY" art spaces to Lincoln Center and Madison Square Garden.

The CFP-Praxis partnership is a product of an unusual global network of individuals whose interests in civic issues and music overlap. The CFP was founded by Leichsenring and Milan - two global leaders in a new "progressive" movement for nightlife arts and culture. Michael Fichman, a PennPraxis researcher and lecturer at PennDesign, had been in contact with the two as part of his organizing for local nightlife resource group 24HrPHL  - a project that earned Fichman an 880 Cities fellowship and a finalist's place in the 2017 Knight Cities Challenge. Fichman's previous career in the music industry had spurred him to develop resources related to licensing, public safety and inclusion for those in the city's nightlife scene.

The CFP's international team was rounded out by Andreina Seijas - a Venezuelan studying at Harvard Graduate School of Design, Ross Gardiner - an LA-based Scottish journalist, Richard Foster - a musicologist and Englishman based in Rotterdam, and Timothy Haney (MCP '18) - a Philadelphia city planner with a knack for the drums.

The CFP NYC Report is available for free at creative-footprint.org 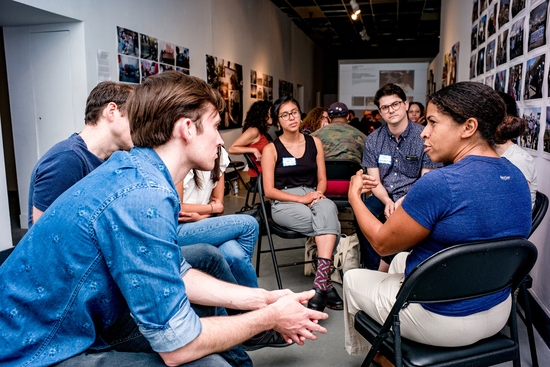 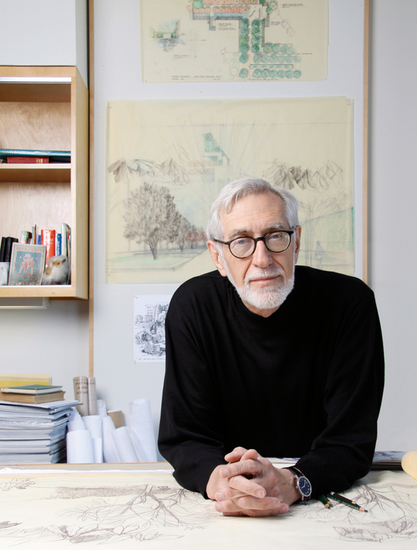