Armed with maps, markers, and creative minds, representatives of the five sites included in the Reimagining the Civic Commons Initiative--Bartram’s Mile, Centennial Commons, Discovery Center, Lovett Library & Park and the Viaduct Rail Park--met on June 21, 2016 for an interactive brainstorming workshop to develop projects for the Innovation Fund. Facilitated by PennPraxis and the Knight Foundation, the intrepid group of twenty shared insights and ideas in an effort to better connect the five cornerstones of Reimagining the Civic Commons, a program funded by the Knight Foundation and William Penn Foundation being piloted here in Philadelphia through the Fairmount Park Conservancy.

Reimagining the Civic Commons has enabled large capital improvements at these five civic assets, but it does not end there. The project is aimed at fostering increased awareness for the sites, greater socio-economic integration within the sites and adjacent neighborhoods, and the overall goal of creating a network of parks throughout the city, rather than isolated sites. The positive impacts of these investments will not actually be realized for another two to five years, so the goal of the Innovation Fund is to start achieving these goals now through easily- implementable, prototype projects. Projects are intended to connect the five sites while sharing skills and resources, and encouraging community input.

The six hour workshop was held at the Barn at Bartram’s Garden. The beginning of the workshop included an overview of Reimagining the Civic Commons, statistics about the five sites, and precedent projects from across the country to inspire the group. Participants also came prepared with their own ideas. What followed was a series of small working groups and lively conversations that proposed ideas include festivals to celebrate food traditions, portable methods to capture and tell neighborhood stories, and mobility as a way to advertise and promote the benefits of each of the five Civic Commons assets.

This first step in the Innovation Fund process inspired the group, created connections, and provided a jumping off point for the development of projects that will take shape over the remainder of the summer. PennPraxis will reconvene with site partners to help move forward key projects, under the advisement of the Knight Foundation, and collaboration across these five civic assets. 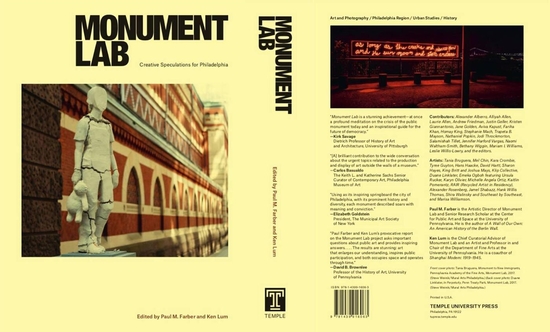