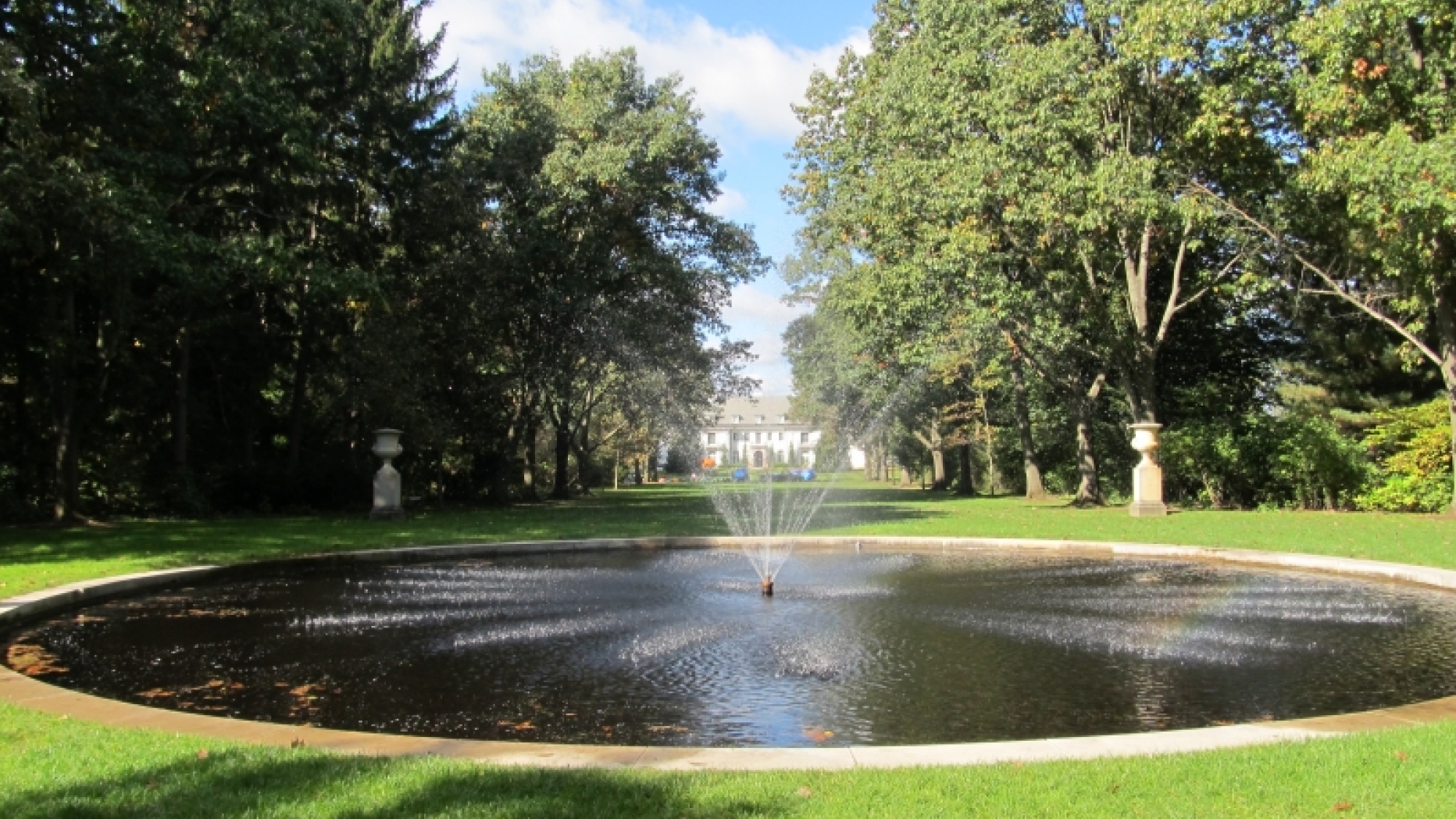 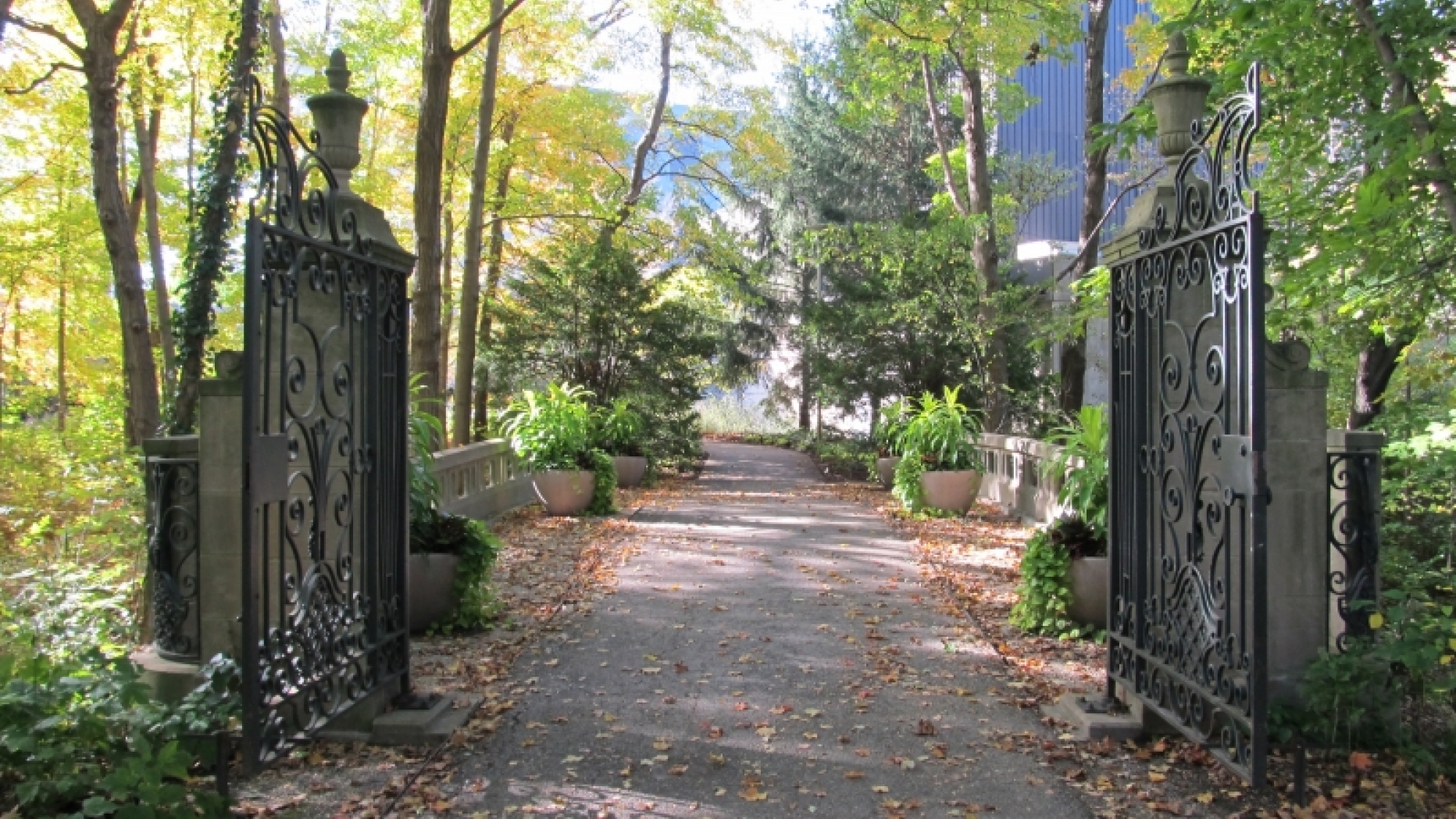 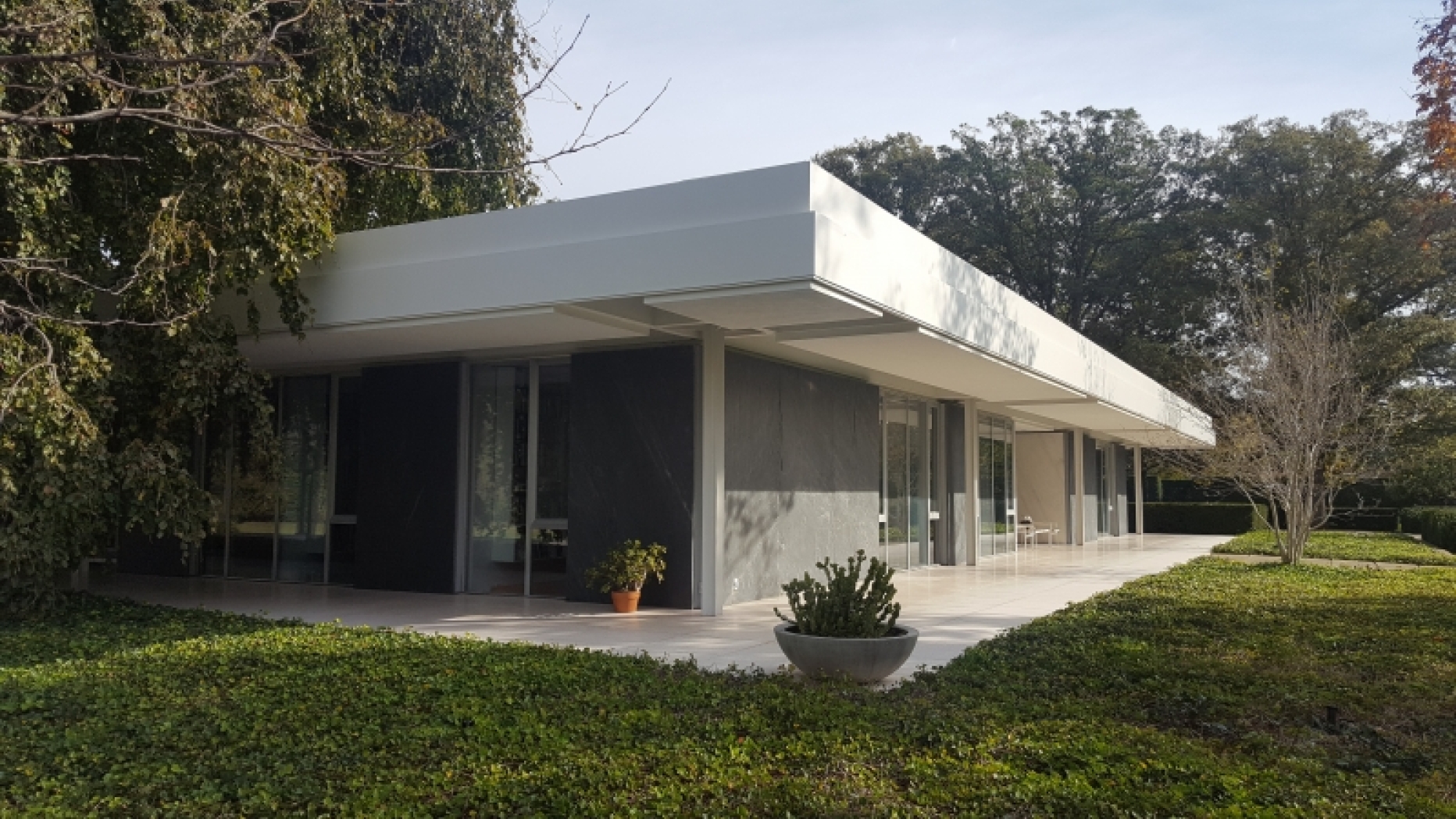 The Miller House in Columbus, IN, designed by Eero Saarinen and completed in 1957 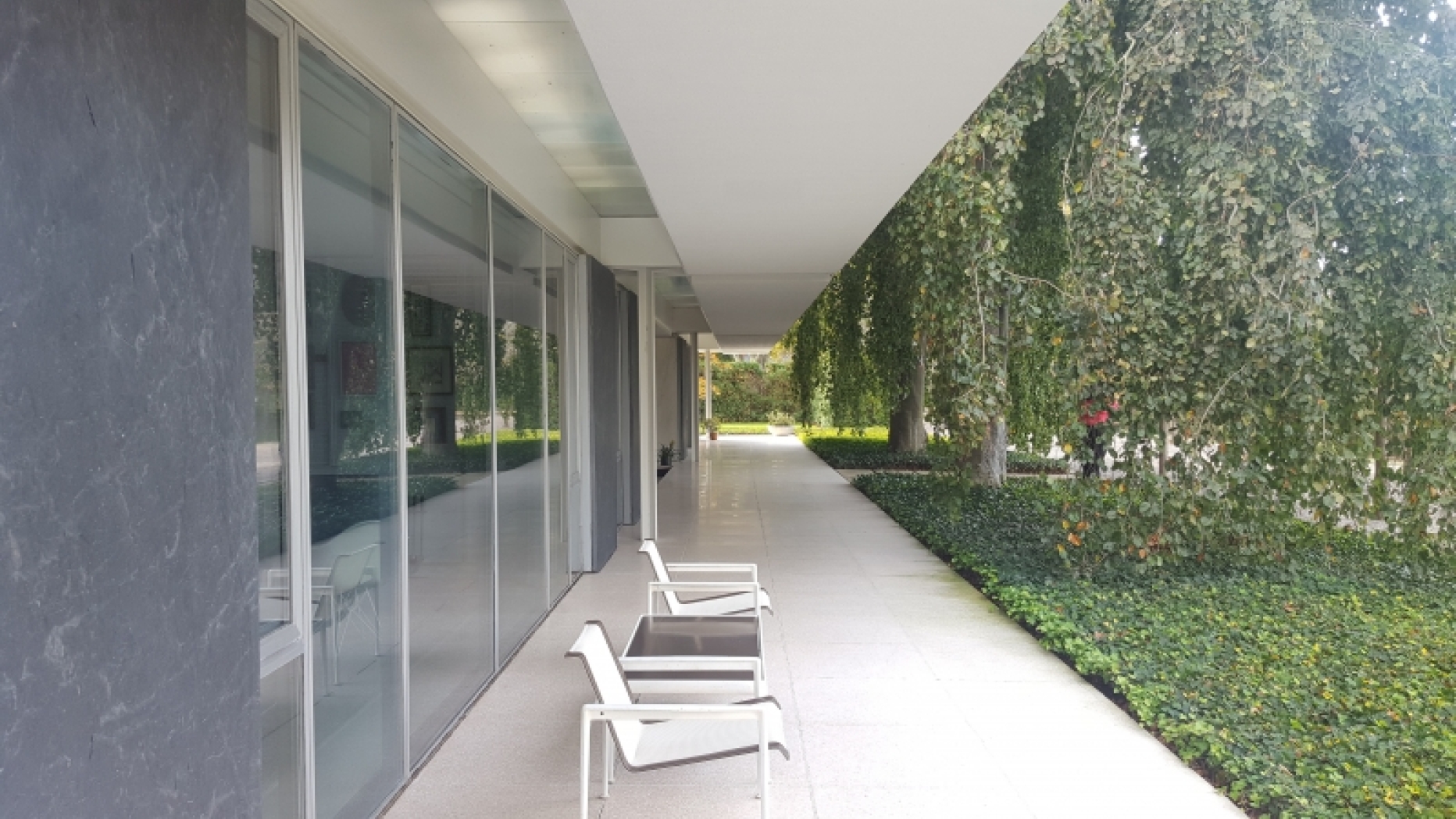 The Miller House, designed by Eero Saarinen and completed in 1957. The surrounding gardens were designed by landscape architect Dan Kiley. 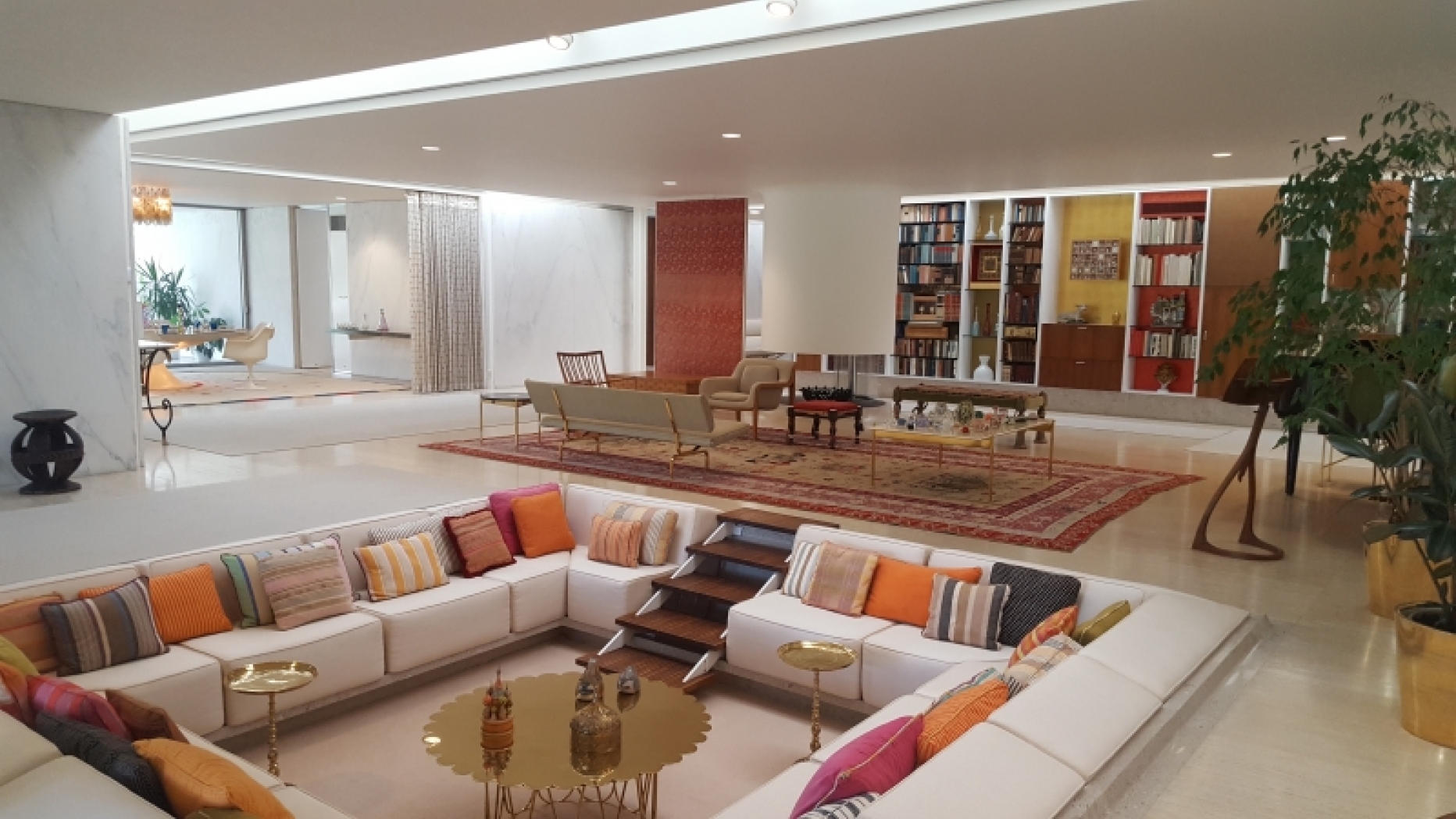 The conversation pit and living room in the Miller House, designed by Eero Saarinen and completed in 1957 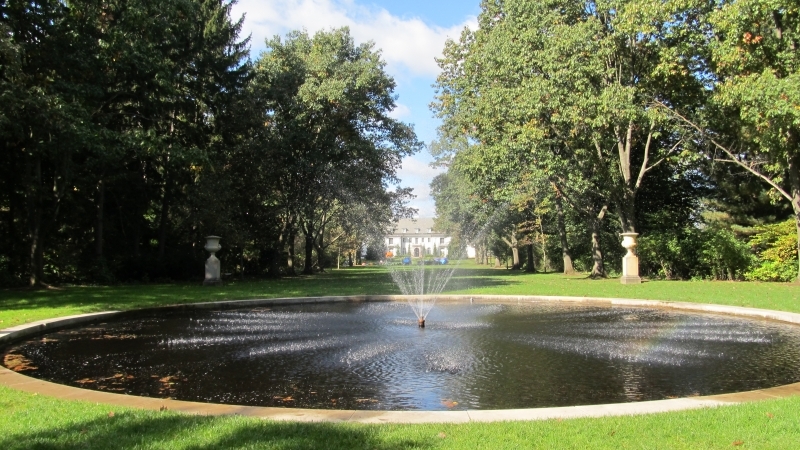 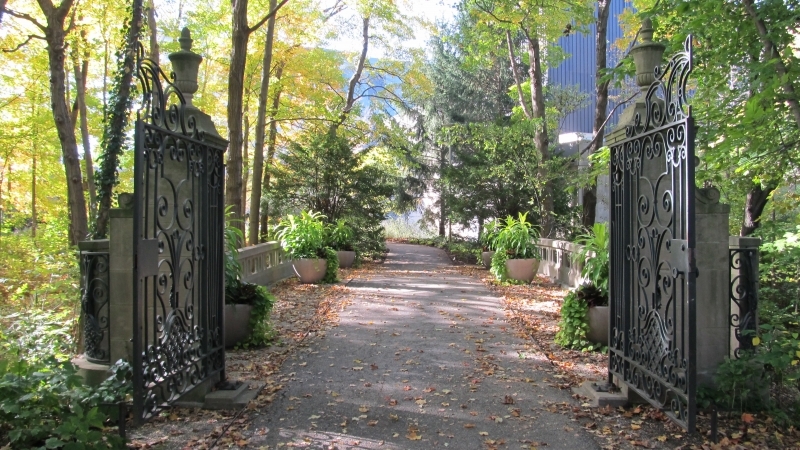 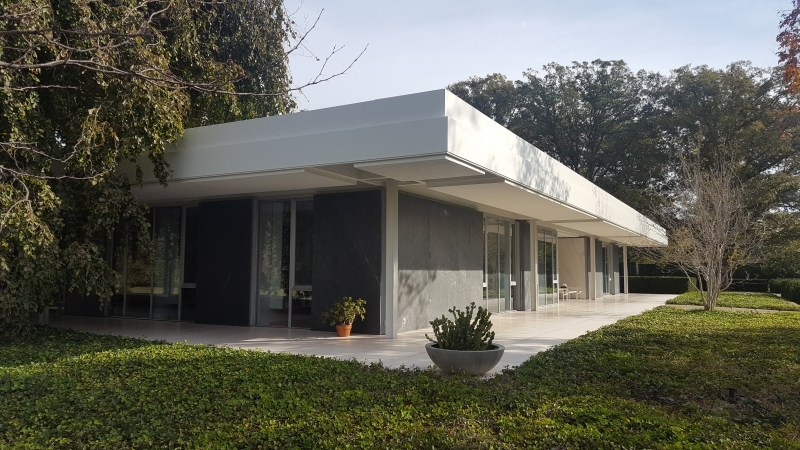 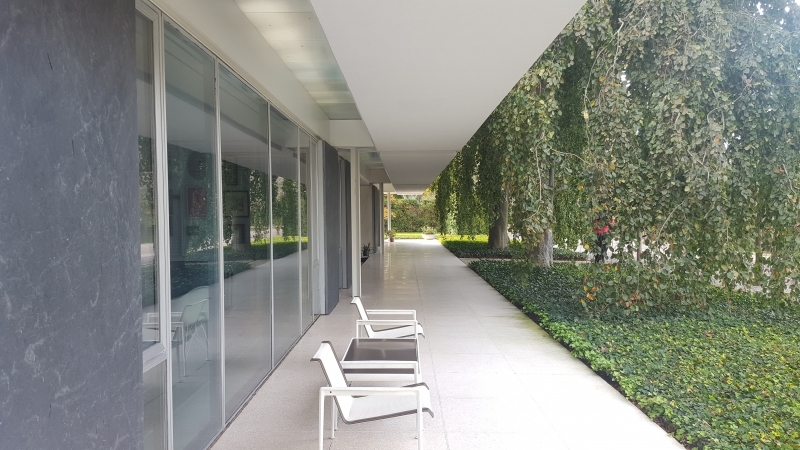 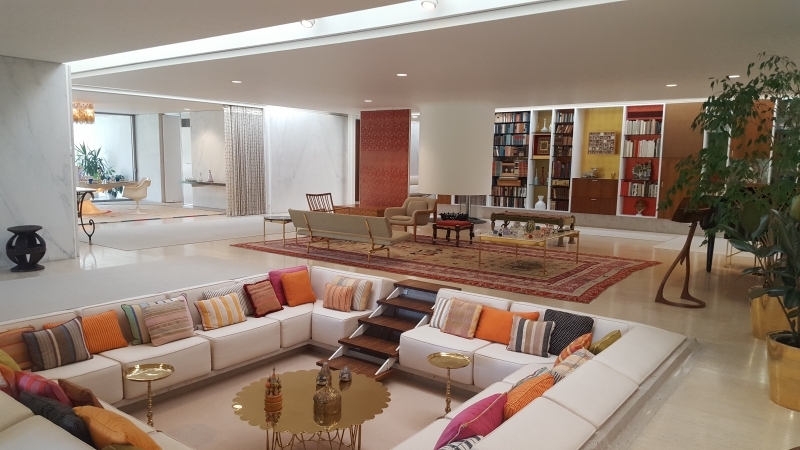 The Miller House in Columbus, IN, designed by Eero Saarinen and completed in 1957

The Miller House, designed by Eero Saarinen and completed in 1957. The surrounding gardens were designed by landscape architect Dan Kiley.

The conversation pit and living room in the Miller House, designed by Eero Saarinen and completed in 1957

Not all of the Indianapolis Museum of Art's prized collections are located inside its building; in fact, some of the most famous works in the museum's collections are buildings themselves. As part of its 126-acre campus in Indianapolis and its satellite property in Columbus, Indiana, the IMA owns and manages several significant historic properties, including the Oldfields estate (designed in part by the Olmsted Brothers) and the world-renowned Miller House (designed by Eero Saarinen). The museum recently undertook a master plan to reimagine its campus and visitor experience, and as part of that process, PennPraxis was engaged by landscape architecture firm DAVID RUBIN Land Collective to advise on the treatment and integration of the historic properties within the larger campus landscape.

The Oldfields estate, which includes a French country-style home and 26 acres of surrounding buildings and gardens, was first created between 1909 and 1913 for Indianapolis businessman Hugh McKennan Landon. In 1920, Landon hired Percival Gallagher of the Olmsted Brothers firm to redesign the gardens around the house. Olmsted Brothers (the successor firm to Frederick Law Olmsted's famous practice) was responsible for the design of gardens and park systems around the country, including Fort Tryon Park in New York City, the Cleveland Metroparks System, and the Seattle Park System. At Oldfields, Gallagher added a Grand Allée, a ravine garden, a rose garden, a hillside ramble, and other formal and informal landscape features. In 1933, the house and estate were purchased by Josiah Kirby Lilly, Jr., the famed Indianapolis businessman and philanthropist associated with Eli Lilly and Co. and the Lilly Endowment. The Lilly family lived in the house until Lilly's death in 1966, at which time his children donated the estate to the Art Association of Indianapolis (now the Indianapolis Museum of Art). The estate was designated a National Historic Landmark in 2003—the most prestigious recognition a historic site can receive in the United States.

Forty miles from the main IMA campus, the Miller House and Gardens is located in Columbus, Indiana, a small city with a remarkable collection of Modernist architecture. The Cummins Engine Company is headquartered in Columbus, and beginning in the mid-1950s, Cummins company head J. Irwin Miller funded the construction of Modernist buildings through the Cummins Foundation. For many of the town's libraries, churches, banks, and public buildings, the Foundation engaged world-renowned architects, including I.M. Pei, Eero and Eliel Saarinen, Richard Meier, Robert Venturi, and others. For Miller's own home and gardens, he hired Eero Saarinen in 1953 to design the house, Alexander Girard to craft the interiors, and Dan Kiley to create the exterior gardens. The resulting Miller House and Gardens, completed in 1957, is a pristine gem of mid-century Modernist architecture, from the honey locust allée outside to the conversation pit at the heart of the interior. The house was designated a National Historic Landmark in 2000, and donated to the IMA in 2009.

For the recent Master Plan, which was led by landscape architects DAVID RUBIN Land Collective and architects Beyer Blinder Belle, the PennPraxis team researched and identified the significant features of these historic properties, advised the master plan team on appropriate treatment and interpretation methods, and helped museum staff craft a new preservation policy framework to guide future decisions and interventions. Between fall of 2016 and spring of 2017, PennPraxis worked with the project team to conduct site visits to both Indianapolis and Columbus, focus groups with museum staff, and convenings with the IMA's Master Plan committee. Thanks to this rigorous, collaborative process, the final Master Plan adopted a sensitive preservation approach to the IMA's older properties, building on the IMA's strong record of stewardship to envision a new future for these historic assets.