In fall 2008, the William Penn Foundation commissioned PennPraxis to study public art in Philadelphia with an aim of better understanding how the city currently supports public art and where gaps in programs exist, and to identify how Philadelphia might better manage existing public art programs. This effort was undertaken, in part, due to the encouragement of the Public Art Forum, an informal coalition of public art administrators and implementers convened by the Fairmount Park Art Association, and also as an outgrowth of Arts and Culture in the Metropolis: Strategies for Sustainability, a 2007 study commissioned by the foundation from RAND Education that explored how to provide sustainable funding and support for arts and culture in Philadelphia. It also coincided with the appointment of Gary Steuer as the city’s chief cultural officer and director of the newly created City of Philadelphia Office of Arts, Culture and the Creative Economy (OACCE).

The study assessed how public art is currently commissioned, managed and conserved by the City of Philadelphia and other public art organizations, and offered policy recommendations about how the city might utilize its public art resources relative to the goals of neighborhood revitalization, economic development and the creative economy. Additionally, the study helped establish a new narrative about public art that conveyed both the importance of Philadelphia’s distinguished public art heritage and its future potential. These recommendations encouraged the city to create a vision for public art and to establish a long-term framework for the Office of Arts, Culture and the Creative Economy that can span political administrations. It is an especially opportune time for such conversations as the federal government is poised to make potentially transformative quality-of-life investments in urban areas such as Philadelphia.

PennPraxis worked closely with Gary Steuer, along with a steering committee of local public art stewards and stakeholders and an advisory group representing broader interests. PennPraxis staff conducted extensive research into the current Philadelphia public art environment and researched comparable cities around the country. It conducted more than 50 local interviews to identify issues and opportunities for Philadelphia. These interviews, combined with case study research, serve as the basis for the narrative and recommendations presented in this report.

Our research demonstrates that public art has been an integral part of Philadelphia’s urban fabric and character for centuries. We have an historic opportunity, with fresh leadership in the new Office of Arts, Culture and the Creative Economy, to improve upon and explore new forms of expression tied to our identity as a world-class city. Mayor Nutter has elevated the arts to a position that is central to his administration’s goals of revitalizing Philadelphia. PennPraxis hopes that this study demonstrates the significance of the breadth and depth of public art in Philadelphia and how the city might capitalize on the richness of these resources to situate itself as a creative, 21st-century urban hub. 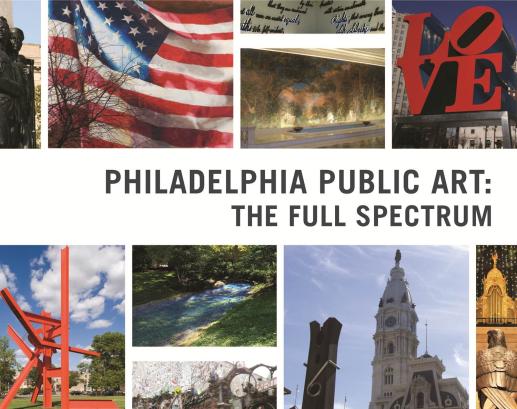 NOTE: Electronic files were compressed so they would be easy to download. For those interested in a particular image from the report, please email PennPraxis at praxis@design.upenn.edu.