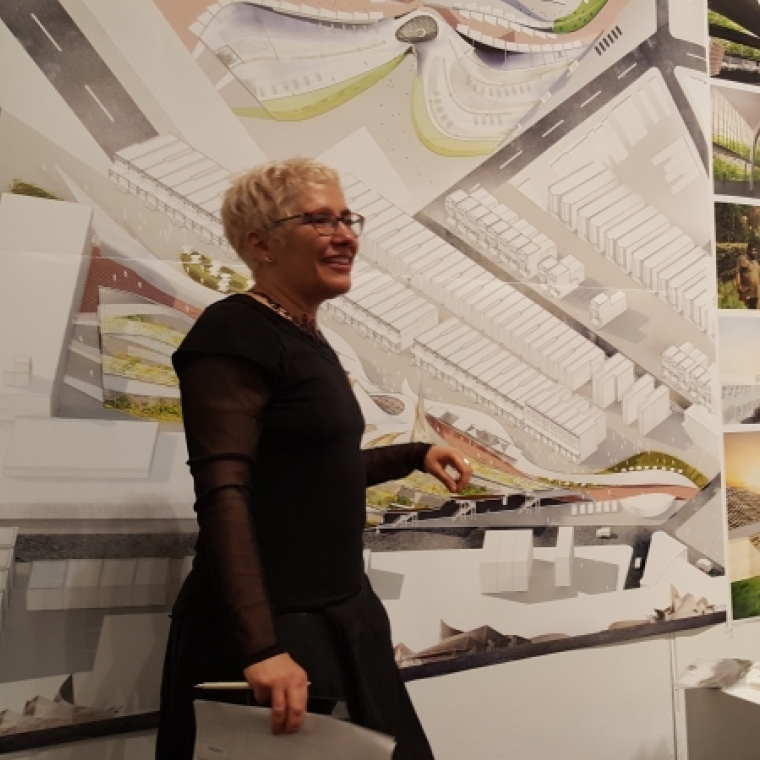 In her teaching and research, Annette Fierro addresses issues of technology within contemporary international architecture and urban culture. She teaches in and coordinates design studios in the first year graduate level, a semester which is devoted to understanding architecture within multiple definitions of urban morphology, with the accompanying influence of representational and descriptive modalities. She supervises the Masters Thesis program at Penn, which allows advanced students to frame independent investigations of their own interest. She also coordinates the University of Pennsylvania Stuart Weitzman School of Design's study abroad programs in Paris.

Annette Fierro's current research traces the network of legacies instigated by the radical technological speculation of the 1960s in London. This work encompasses environmental and technological utopias as they were embraced in different eras to the present. It speculates on, among other topics, the effect of the WWII on the technological iconography of the city, the influence of experimental theatre of the 60's on the evolution of urban space and morphology, and in general, the rise of "High-Tech" within a pre-existing condition which favored its development.

Annette recently authored The Glass State: The Technology of the Spectacle/Paris 1981-1998 (MIT Press, 2003), which focused on issues of transparency and technologies of François Mitterrand's "Grands Projets." This work addresses the material and technological symbolism instigated and imposed on the city in the brief socialist moment of Mitterrand's presidency, during which the civic infrastructure of Paris was considerably augmented.  On this topic, she has lectured at Cornell University, Columbia University and at Penn, for the Institute of French Culture and Technology.

Annette is a registered architect in the state of NY, where she was formerly in practice with Smith-Miller and Hawkinson Architects. Her design work as project architect has appeared in various architectural journals, including Assemblage, Architectural Record, Progressive Architecture, and Lotus.